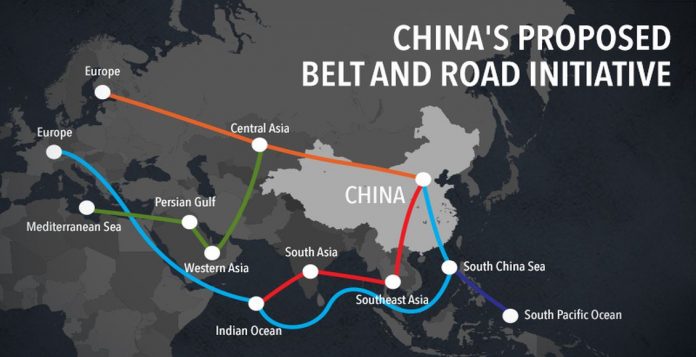 ISLAMABAD: The Pakistan-China Institute (PCI) convened the first ever Non-Governmental Online Conference on Belt and Road Initiative (BRI), of which CPEC is the flagship, which was attended by eight countries.

The conference, which lasted for two hours and 45 minutes, had participants from Pakistan, China, Nepal, Afghanistan, Bangladesh, Kazakhstan, Myanmar and Sri Lanka. There was a wide-ranging discussion on different dimensions of BRI, which was followed by a 35-minute Question and Answer session.

Five key consensus areas regarding BRI emerged from the conference:

The Coronavirus crisis has underlined the need for global interdependence to forge closer cooperation to tackle common challenges.

BRI is the way forward as it promotes regional connectivity, based on the principles of equality, reciprocity and mutual benefit while acclaiming CPEC as ‘BRI success story’.

The propaganda about the so called ‘debt trap’ was rejected by participants as in the case of Pakistan and Sri Lanka, total debt from China is a very small percentage of what is owed to other countries or multilateral institutions.

‘New Cold War’, demonization or stigmatizing any country using Covid-19 as a political weapon or targeting BRI on geopolitical grounds were rejected.

The India factor was recognized by countries like Nepal and Sri Lanka as they are neighbours and they would like good relations with both China and India and it was made clear that neither BRI is a military alliance nor it is directed either against India or against any Western country.

Senator Mushahid Hussain, in his opening remarks, termed BRI as the biggest and most significant Diplomatic and Developmental initiative of 21st century. He said that CPEC, as flagship of BRI, is already a success story and has entered its the second phase successfully.

Energy and infrastructure projects have been completed on schedule, 75,000 Pakistanis have got jobs in BRI projects and 28,000 Pakistani students are studying in China.

He also thanked China for support to Pakistan during Covid-19 crisis and he mentioned the two resolutions passed by the Pakistan Senate, February 12 and May 14, in which the parliament of Pakistan appreciated China’s role and support.

Afghanistan’s former Ambassador to Pakistan and China, Janan Musazai, gave a specific five-point plan for Afghanistan’s role in BRI and he referred to CPEC as well, since Afghanistan can be a land bridge for connectivity and he said that China could facilitate to provide market access for BRI countries.

Bangladesh, Kazakhstan and Myanmar referred to the respective role of their countries as part of BRI and how different projects were being initiated as well as exchange of high-level visits between these countries and China.

Media leader, Shubha Shankar Kandel from Nepal also mentioned, how through BRI, landlocked countries can become land-linked countries and he as well as Admiral Professor Jayanath Colombage from Sri Lanka welcomed the role of BRI.

They also underlined that both these countries would like to maintain good relations with India concurrently, while being part of BRI Professor Jayanath also debunked the ‘Debt Trap’ theory regarding Sri Lanka citing facts and figures, that of Sri Lanka’s total debt of $57 billion, only $8.5 billion was owed to China,  and he also warned that with about 120 warships in the Indian Ocean, it is becoming ‘the most militarised ocean in the world’. He also underlined the need for countries to have food and medicine security.

Former Chinese Vice Minister Ai Ping talked of people-people connectivity and he mentioned that in this regard during Covid-19 crisis, 60 NGOs of China organised 40 online events which aimed at sharing information and experiences based on mutual support.

Professor Huang Youyi and Kalyan Raj Sharma in their presentations also emphasised that any effort to stigmatise any people or culture or country should be rejected and there is a consensus that BRI is the way forward.