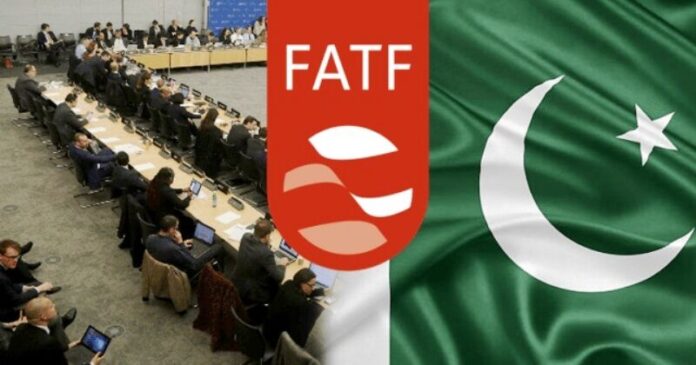 “India has been attempting to have Pakistan pushed into the blacklist. If this were to occur, you know better than I, the effects it will have on the economy.

“The government has taken timely administrative and legislative steps to step out of the grey list and once again have Pakistan placed on the white list,” Qureshi said in a press briefing held at Circuit House.

He said that there are eight laws for which consultation talks were held with the Law Ministry, Finance Ministry, Financial Monitoring Unit (FMU) and experts dealing with money laundering and counter-terrorism issues.

On the prime minister’s directives, the opposition has been taken into confidence, he said. A joint committee of 24 people has been formed which includes various factions of the opposition as well as representatives of the government. It contains both members of the National Assembly and the Senate. The committee will review the legislation.

“The prime minister wishes that the opposition be taken into confidence on this matter of national importance […] time is of the essence here. We must act timely so that the Asia Pacific Group (APG), of which Pakistan is a member, can place the government’s practical steps before the [FATF] plenary which will then decide whether the obligations Pakistan was subjected to were fulfilled or not,” said the foreign minister.

Qureshi said one law pertaining to the National Accountability Bureau (NAB) has also been drafted. “The opposition has expressed its reservations about the NAB law,” said Qureshi.

“We are prepared to make changes in the NAB law,” he said, adding that the PPP and PML-N both had an opportunity but each failed to amend the NAB laws.

“All the bills have been sent to the opposition (parties), including the one on NAB law,” he said.

“We do not have the intention to use (the law) for witch-hunting,” he said in an apparent reference to opposition’s reservations regarding the accountability watchdog’s methods.

The foreign minister said that in a session with all the stakeholders on Monday, the legislative process will be discussed.

Earlier, Special Assistant to the Prime Minister on Finance Dr Hafeez Shaikh said that Pakistan is working to ensure full compliance with the FATF Action Plan at the earliest by increasing the effectiveness of its Anti-Money Laundering/Combating the Financing of Terrorism (AML/CFT) regime.

“Out of 27 FATF Action Plan items, Pakistan had already addressed 14, while substantial progress has been made in addressing the remaining 13 Action Plan items,” Shaikh said while delivering a keynote statement to the High-Level Panel on International Financial Accountability, Transparency and Integrity (FACTI).

The FATF has urged Pakistan to pass amendments into Anti Money Laundering (AML) and Foreign Exchange Regulation laws within the next three months to meet requirements of its Action Plan.

The financial watchdog has extended the deadline for Pakistan till the next plenary meeting expected to be held in October 2020.

The FATF had placed Pakistan on the grey list in June 2018 and placed 27 conditions for review for complying in one year, till September 2019. Pakistan was so far given three extensions of three months each, every time to comply with the 27-point action plan.

The FATF had so far declared Pakistan fully compliant on 14 points and now there is a deadline of September/October 2020 for complying on the remaining 13 points in a bid to ensure exit from the grey list of the watchdog.