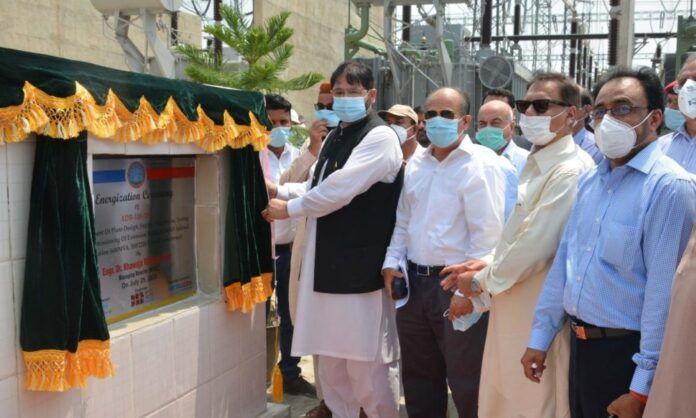 The transformer on Saturday was energized on full load.

Addressing the inauguration ceremony, NTDC Managing Director Engr Dr Khawaja Riffat Hassan said that the installation work on the 600MVA autotransformer at 500kV Yousafwala grid station has enhanced the capacity of the station to 1,800MVA at 500kV level.

“This will improve power supply to MEPCO areas of Sahiwal, Chichawatni, Pakpattan, Arifwala, Kassowal, Vehari, Chishtian; LESCO areas of Okara, Sarfaraz Nagar, Lahore as well as some areas of FESCO. Resultantly, overloading of the system, as well as forced load shedding, will be reduced.”

The managing director further said that in order to enhance the power system transmission capacity under its constraints management strategy, the NTDC is vigorously pursuing the completion of installation work of autotransformers at 220kV Ghakhar grid station and 500kV Rawat grid station.

“The NTDC will soon install a 160MVA transformer at 220kV Ghakhar grid station (Gujranwala),” he added.

The 220kV Gakkhar Grid Station is located near the industrial hub of Gujranwala and adjoining districts. Due to the ever-rising industrial and commercial activities in the region, the increasing demand for power is causing overloading of currently operational autotransformers.

Moreover, the MD said, a 160MVA autotransformer is also being installed at 500kV Rawat Grid Station, Rawalpindi. “After completion of installation work, the total capacity of the said grid station would be increased to 910MVA. The transformer will not only share the load of other transformers of the same grid station but the areas of IESCO and Rawalpindi District, Islamabad Capital territory, whereas Jhelum and Chakwal District will also have improved voltage profile and will minimize forced load shedding. The transformer is likely to be energized during the ongoing summers.”

The NTDC MD assured that the installation work of transformers would be completed on a fast track basis so that uninterrupted power supply is provided for the comfort of consumers of respective distribution companies of GEPCO and IESCO.