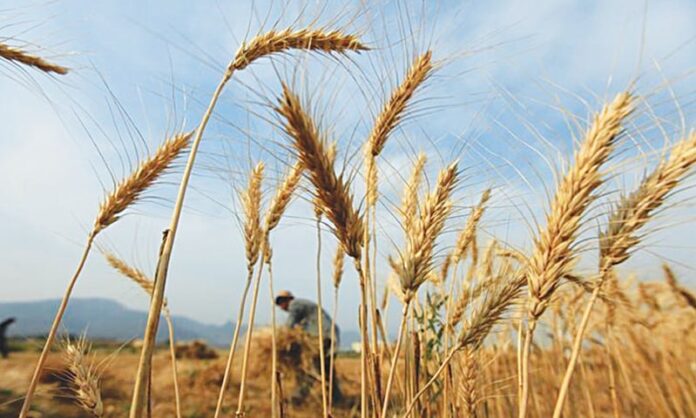 Dr Imtiaz gave a presentation on the Wheat Productivity Enhancement Programme (WPEP) and Agricultural Innovation Programme for Pakistan (AIP) and how these interventions had a positive impact on the country’s productivity.

It was informed that CIMMYT had trained 10,000 farmers on quality wheat seed production and marketing for a sustainable local seed system.

The CIMMYT had initiated seedbanks with NRSP, seven of which are active in Bhakkar, PD Khan, Gujjar Khan, Chakwal, Attock, Mirpur Khas and Swabi.

“The seed banks support them [farmers] with newly released varieties, seed graders and training on seed production. From these banks, local farmers are getting quality seeds at 11pc lower prices than the market, thus contributing to an increase in wheat productivity,” Dr Imtiaz said.

He pointed out that less than 60pc wheat was grown in cotton-wheat and rice-wheat systems, both of which delay sowing and expose wheat to terminal heat stress and rust attack, resulting in low yield.

“There is a need to discourage or ban wheat sowing after mid-December, replacing wheat with other short-duration crops,” he recommended.

Dr Imtiaz further briefed the minister about the impact of Wheat Productivity Enhancement Programme on Pakistan’s wheat improvement and research.

He said WPEP was involved in technical backstopping activities, up-gradation of research facilities (mechanization and IT equipment) and human resources and their capacity building.

Speaking on the occasion, Fakhar Imam stressed the need to promote high yield varieties of wheat to replace old and disease-susceptible varieties.

He called for a breakthrough in Pakistan’s wheat production activities and urged the scientists to work hard and introduce the latest varieties so as to increase output.

The minister said there was a need to strengthen the seed system value chain as well to ensure availability of certified seed for growers.

“We need to choose the most suitable wheat variety and follow timely cultivation of crop to attain proper per-acre output,” he remarked.

The minister reiterated that the government would establish dedicated trials to capture yield potential, besides managing wheat crops with optimum inputs including fertilizer, irrigation water, herbicides and fungicides for maximum yield.

“There is also a need to promote the use of farm machinery, adopting line sowing, use zero tillage and surface seeding technologies to reduce cultivation cost and minimize risk due to shattering and threshing — no comprise on yield,” he added.