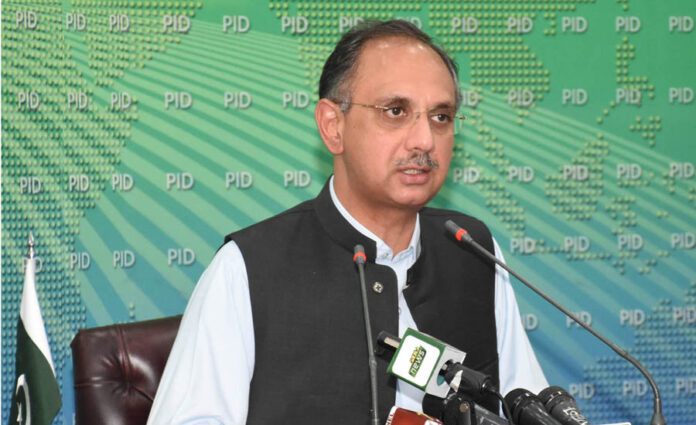 ISLAMABAD: Federal Minister for Energy Omar Ayub on Wednesday said that the government had approved the new energy policy to move towards renewable and alternative sources of energy and by the year 2030, the country would be able to domestically generate 60 per cent of its electricity requirements.

Addressing a press conference alongside Special Assistant to Prime Minister on Petroleum Division Nadeem Babar in the federal capital, the minister said that the government plans on using domestic reserves for producing renewable and alternative energy, which would give a 20 per cent boost to Pakistan’s electricity production.

He said that the bidding process for renewable energy projects has been initiated, and scientists and engineers are currently preparing the required equipment. “We will produce 10 per cent power through Thar coal reserves and up to 60 per cent through domestic reserves by 2030. Currently, our power generation is dependent on imported oil and gas,” he said. “The new energy policy will also help authorities in reducing electricity tariff.”

The minister said that low-cost electricity will be beneficial for industries and domestic consumers. “Moreover, authorities will also produce electricity through solar project,” he said, adding that alternative energy production would also create employment in the country.

Babar told the media that previously, policies were designed on the basis of US dollar’s valuation. He said that the bidding process will be completed in a transparent manner and the authorities will organise such bidding events annually for the renewable energy sector.

“The federal government is giving concession on equipment of renewable energy, and the necessary machinery will be prepared locally,” he said, adding that the authorities will analyse the demand of the national grid.

“Three firms, including Chinese and European companies, showed interest in investing in this sector. The federal government will also include all provinces and Azad Jammu and Kashmir (AJK) and Gilgit-Baltistan (GB) in this initiative,” he further said.

The SAPM said that the federal government was taking steps for technological transfer with the assistance of science and technology and they have also contacted foreign companies for wind turbines and solar panels.

“The government will import machinery free from tax and customs duties for the projects and only withholding tax will apply on it. Under the new energy policy, payments will only be made against power generation capacity instead of fixed capacity. Currently, the per unit cost of renewable energy is four cents while open bidding will bring it down to three cents,” he added.