Finance ministry says ‘lack of capacity’ caused less utilization of funds, not because their release was ever blocked 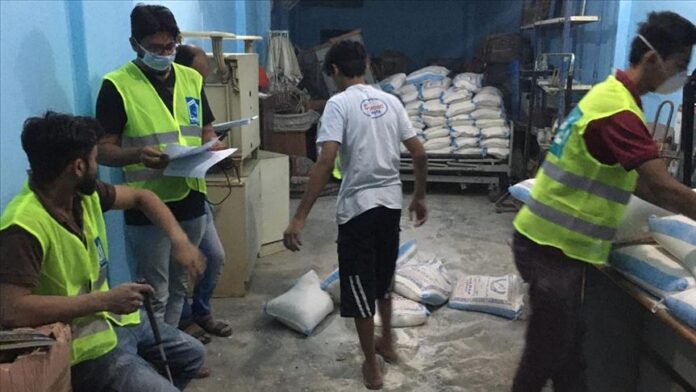 ISLAMABAD: The federal government was only able to spend less than half of funds dedicated for tackling the impact of the coronavirus pandemic on the poor, smaller businesses, and upgrading the country’s dilapidated healthcare system to tackle the new challenge, Express Tribune reported on Saturday.

However, finance ministry’s spending data shows that the government’s financial assistance package greatly benefitted the industrialists. These details were presented before the Economic Coordination Committee (ECC) of the Cabinet on Wednesday, when the ECC approved spending of the remaining Rs540 billion of the Rs875 billion in this fiscal year.

Out of the Rs40 billion civilian component, only Rs480 million or 1.2% of the allocation was released to the National Health Services (NHS) Division for medical equipment, while from the Rs10 billion allocated to military-run hospitals, around Rs8.4 billion or 84% was transferred.

The finance ministry spokesperson said the low spending was because of the ministries’ lack of capacity and not because the ministry ever blocked the release of funds.

Furthermore, while the Rs25 billion allocated to the National Disaster Management Authority (NDMA) have been fully utilized, the sum of Rs100 billion proposed for the ‘emergency relief fund’ under finance ministry but has not been spent at all.

Out of the regular annual Rs150 billion for BISP spending, Rs145 billion were used. And from the relief fund of Rs100 billion to be provided to electricity and gas consumers in their monthly bills, only Rs15 billion or 15% actually made it to those consumers in relief.

Addressing a press conference on Wednesday, Finance Adviser Dr Abdul Hafeez Shaikh said the money meant for coronavirus mitigation measures would be spent for the intended purpose, irrespective of the close of the fiscal year.