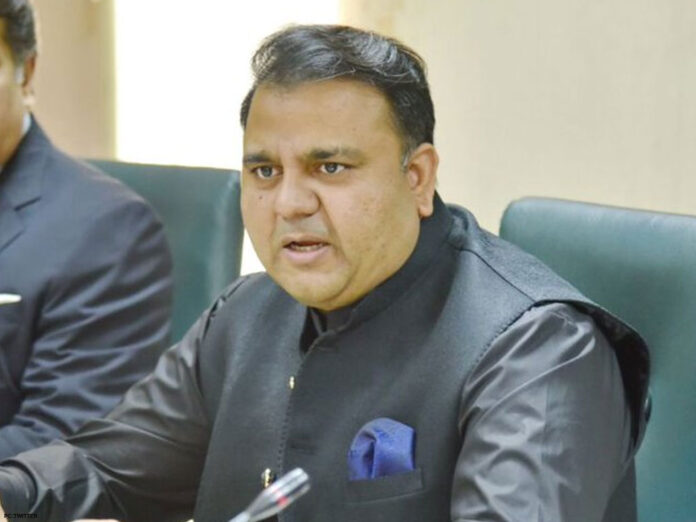 Addressing an awareness seminar titled “Halal Accreditation: A Gateway to International Trade,” the minister said that it is time to adopt digitalization and biotechnology, adding that Halal authority was formed to strengthen the industry.

After the 18th amendment, provinces have not shared their plans in this regard, the minister said, adding that people with investment should be facilitated and farms should be established to increase the livestock.

He called upon provincial ministers of livestock to play their role in strengthening the Halal food industry. Chaudhry Fawad Hussain said that the government was not supposed to do business, but provide maximum support to the private sector, adding that “we would require standard certification for Halal Food.”

He told the business community that during the next seven years, bigger changes will come in the way of business and as public transport is converting into electric vehicles, there was a big threat to the mechanics sectors as they would lose their jobs.

He said, “We should plan keeping in view the future, adding that auto mechanics would be trained in electric vehicles.” The minister proposed that a focal group should be established to work on the planned projects.

Earlier, Pakistan National Accreditation Centre (PNAC) Director-General Ismat Gul Khattak said that Halal food is one of the important trade industries, adding that “We need to gear up Halal industry to increase its exports.” She said that, with the support of the Minister of Science and Technology, we would boost the Halal food sector. “We are launching Halal accreditation for Pakistan,” she added.

President Federation of Pakistan Chambers of Commerce & Industry (FPCCI) Mian Anjum Nisar highly appreciated the vision of federal minister for Science and Technology, adding that “we must appreciate his efforts for promotion of Halal food industry as it grows in the world”.

He said that halal food is a very wide spectrum globally and major export of Halal food was being done by non-Muslim countries.

Mian Anjum Nisar said, “We need to provide suitable infrastructure at ground level and establish animal farms and get our share globally. He said that we should focus more on certification.”