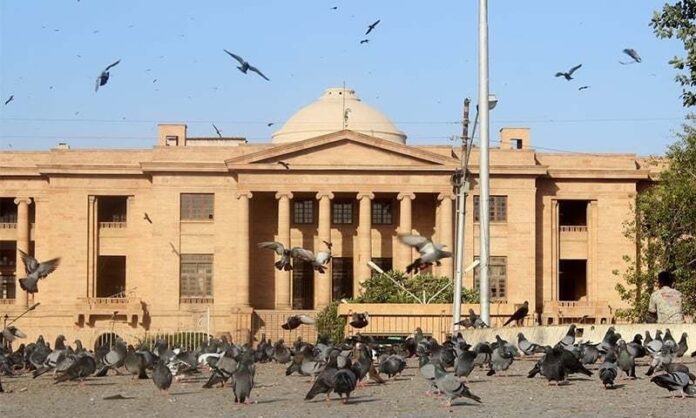 The Sindh High Court (SHC) has barred the government from collecting billions of rupees in Gas Infrastructure Development Cess’s (GIDC) dues from fertiliser manufacturing units set up on guaranteed gas supply at a fixed price for two decades.

In its stay order dated September 10, the court stated, “Till the next date of hearing, defendants are restrained to take any coercive action against the plaintiff on collecting GIDC on feed stock gas (raw material for fertiliser making) supply to the plaintiff under the Gas Sale Purchase Agreement dated April 11, 2007.”

The next hearing is schedule on September 29.

In this regard, a leading analyst explained that two fertiliser making units including Engro Enven and Fatima Fertiliser were set up on guaranteed supply of feed stock gas at a fixed price of $0.7 per mmbtu while other fertiliser manufacturers, among which Engro’s old manufacturing unit was also listed, are subject to pay GIDC dues.

Owing to this, they are holding talks with the government to push for an extended time period of 10 years instead of the current time frame of two years.

The government has estimated to recover Rs180.3 billion from fertiliser manufacturers on account of GIDC, which they had collected from farmers through sales of fertilisers in the past but did not pay to the government.

“Since the defendants have given a sovereign guarantee that they would not impose any fee on the fixed price of $0.77 per mmbtu for feed stock gas supplied under the Fertiliser Policy 2001 and Gas Sale Purchase Agreement dated April 11, 2007, GIDC cannot be imposed on or collected from the plaintiff on the supply of this gas, which is inclusive of all duties, taxes and fees they cannot be asked to pay anything over and above this amount and any claim exceeding this amount is illegal and unlawful,” fertiliser manufacturers’ counsel submitted before SHC.

The fertiliser manufacturer’s counsel has challenged the imposition of GIDC on the gas supplied to it by the government under the fixed price gas sale and purchase agreement. He contended that the government in order to encourage investment in new fertiliser plants announced the Fertiliser Policy 2001 in which it guaranteed that feed stock gas (which is a raw material) to new plants would be provided at a fixed price of $1.70 per mmbtu, inclusive of all taxes, fees, etc.

He further contended that on the basis of the 2001 policy, the federal government floated an international tender in 2006 to allocate 100mmcfd of gas for a period of 20 years at a fixed price specified in the Policy 2001 for establishing a new fertiliser plant.

“Plaintiff won the tender and entered into a GSPA…and has invested over $1.1 billion (by Engro Enven) to establish a state-of-the-art fertiliser plant,” counsel contended before the court.