Textile exports plummet by 20pc MoM, imports up by 26pc MoM in Aug’20 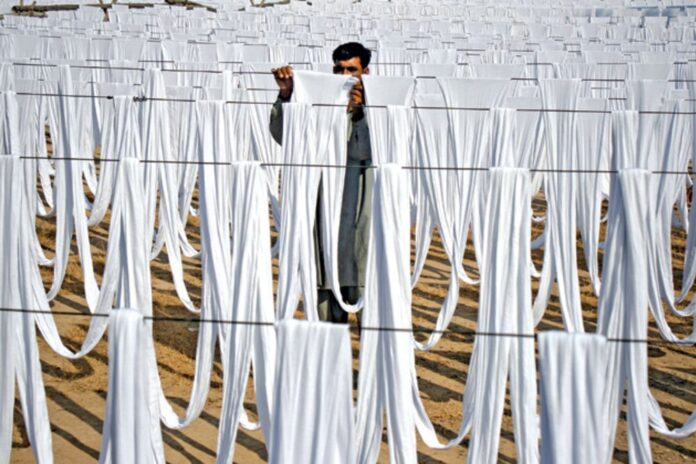 Export earnings from the country’s textile industry witnessed a decrease of 15.35pc YoY and 20.38pc MoM to stand at $1 billion in the month of August’20 while imports were recorded at $218 million, showing an increase of around 38.45pc YoY and 25.97pc MoM when compared to the same period of last year and last month respectively, according to a report by Mettis Global.

The decrease in trade volume was triggered by the new waves of coronavirus in Europe and the USA led wherein exports declined by 0.98pc to $2.280 billion during Jul-Aug FY21 when compared to $2.302 billion recorded during Jul-Aug FY20.

According to the research by Intermarket Securities, the decline in exports can be attributed to the unprecedented torrential monsoon rains, which affected all transport and port activities in Karachi. Another reason was the unusual number of public holidays during the month – Eid holidays at the end of July and beginning of August, Ashura, and Independence Day.

According to the latest data issued by the Pakistan Bureau of Statistics (PBS) on export receipts by commodities, the textile products remained the major exportable goods for Pakistan as it shares 63.61pc in total exports during Jul-Aug FY21. Moreover, it is the crucial sector as it is a vital source of employment and production.

The textile group accounted for 5.59pc of the total imports during Jul-Aug FY21 as per the data released by the Pakistan Bureau of Statistics, showing a growth of 21.09pc YoY to clock in at $391 million.

On the exports front, within the textile group, the major exportable goods include Knitwear, Readymade Garments, Bed wears, and Cotton Cloth.

Meanwhile, the data from the Pakistan Bureau of Statistics revealed that imports of synthetic fibre decreased by 5.42pc YoY, valued at $84 million during Jul-Aug FY21 while synthetic and artificial silk yarn jumped by 8.57pc to stand at $78 million during the said period.

It is worth highlighting that the raw cotton import bill soared by 3.55 times YoY to $119 million. However, the export trading value of raw cotton plunged by 97pc YoY to $233 thousand during Jul-Aug FY21.