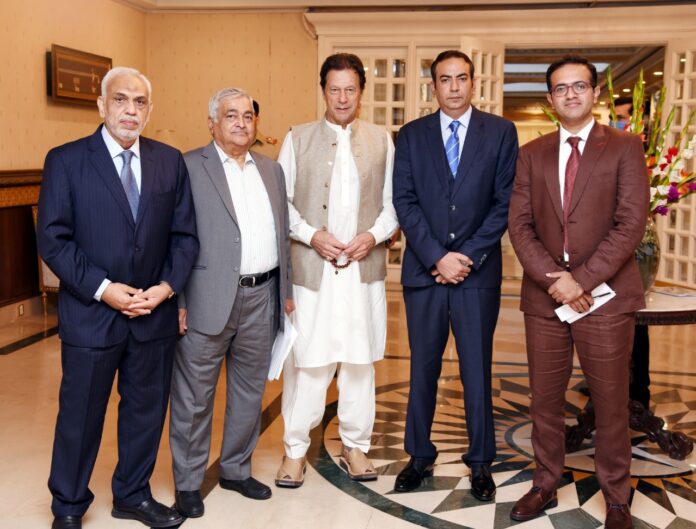 ISLAMABAD: Prime Minister Imran Khan, while assuring support and incentives for growth, development and revival of the country’s steel sector, has called for an immediate solution to the challenges being faced by this important industry, which is the backbone of the national economy.

In a recent meeting with a delegation of the Pakistan Association of Large Steel Producers (PALSP), led by its Patron-in-Chief Abbas Akberali, the prime minister directed the ministries concerned to address issues highlighted by steel and related sectors.

The steel sector representatives briefed the premier about the daunting cashflow challenges faced by the industry, urging the PM to take immediate measures for the revival of steel-related businesses, which were declaring heavy losses.

The representatives sought a “predictable roadmap for the local steel industry” which could help meet the growing domestic demand. They said a package of structural reforms was imperative to make Pakistan’s steel sector globally competitive.

The delegation members suggested the government to introduce a 10 to 15-year long-term tariff structure, along with regionally competitive energy costs and removal of unproductive taxes.

Under the present tariff structure and due to a number of issues, the government has not been able to increase its revenue, the representatives noted, adding that the steel sector refrained from firing any of its employee despite working below 50pc capacity due to Covid lockdowns.

The PM was informed that there were not enough profit margins at the moment for steel manufacturers and that the sector cannot absorb the 1.5pc turnover tax and would incur deeper losses in the future.

The delegation requested the Ministry of Science & Technology and PSQCA to take necessary measures in this regard.

They also informed the meeting that the exemptions given to FATA/PATA by the government were being massively misused and goods produced in these areas were being sold without payment of excise duty on finished goods. The total amount of revenue that the government was losing from FATA/PATA amounts to Rs15 billion per annum, they added.

Apart from the misuse of incentives in FATA/PATA, FBR was accumulating funds from the industry which adds to the sector’s struck-up amount, eroding the working capital of the industry.

During the meeting, PALSP chief Akberali appreciated the package offered by the government for the revival of the construction industry. He said it was the country adopted ‘Make in Pakistan’ agenda in letter & spirit, adding that the local industry has great potential to create jobs for the youth.

“For this to happen, the government must encourage the use of locally produced materials in CPEC/other mega projects. When the government allows import of steel/cement/ construction material through tax concessions, instead of encouraging the locally produced material, it amounts to exporting jobs to other countries. This needs to stop by making suitable amendments in the rule & law,” he suggested.