Mall operator Pace, once a market leader, struggling to survive

The company operates old-fashioned shopping centers at a time when Pakistanis are getting used to modern malls; the social boycott against the majority shareholders – the Taseers – does not help either 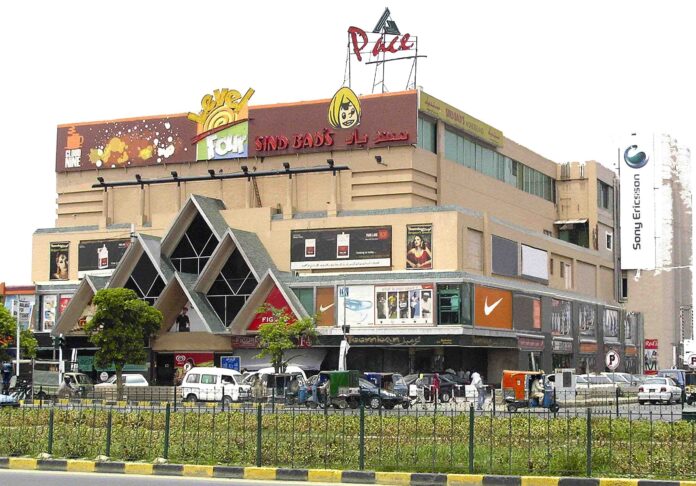 Mall culture is relatively new in Pakistan. It seems impossible now to believe, what with the staggering footfall and constant sales, that most malls in urban cities in Pakistan were only built in the last decade. But before the Dolmens, Lucky Ones, and Emporiums, there was always Pace. The commercial and residential company was started in 1992, and the mall first opened its doors in Gulberg, Lahore in 1995.

By modern 2020 standards, it hardly counts as a mall. It really is more of a glorified shopping plaza, with a few fancy stores here or there. But mall it was, and it ushered in a chain of malls across Lahore. Pace Model Town Link Road was the company’s second operational shopping mall in Lahore, inaugurated in 2005, and receives two million customers every year. (Today, Pace Gulberg receives four million customers a year). The Pace on M.M. Alam Road was launched in March 2007. The Pace in Fortress Stadium opened in August 2008, which was unfortunate timing to say the least.

What happened? Several events, actually. But perhaps the single biggest contributor to the demise of Pace is the family that owns it: the Taseers.

By the early 1990s, Taseer began exploring other options. These included Pace, but also First Capital Securities, a stock brokerage firm started in 1994, Media Times in 2001, which is perhaps most famous for its English-language newspaper, the Daily Times, and Worldcall Telecom in 2001.

For a while, things seemed great for Pace. It was the Taseer Group’s biggest business by revenue, and one of the largest real estate developers in Pakistan. The company’s revenue between 2004 and 2010 grew by 84.2% per year on average. And between 2008 and 2010, the company consistently registered revenues exceeding Rs1 billion.

But that all changed in 2011. Salmaan Taseer had gone on to become Governor of Punjab in 2008, but then in January 2011, he was shot and killed by one of his own bodyguards, due to his opposition to Pakistan’s blasphemy law. And just one month after the horrific assasination, Taseer’s son was abducted by the Taliban, and held hostage until 2016.

Just about every one of the Taseers’ companies saw a sudden and sharp drop in revenue in 2011, and continued to see tremendous declines in revenue for the following several years before eventually stabilising.

The worst hit was Pace Pakistan. Revenue figures went from Rs1,649 million in 2010, to -Rs476 million in 2011 (yes, they were actually negative that year, meaning the company had to pay out money rather than receive any). Between 2011 and 2018, the company faced an annual contraction of -8.8%. For the most part, revenue figures barely crossed the Rs500 million only twice. In fact, 2020’s revenue figure is the fourth lowest figure since 2004.

On the surface, it seems surprising, because Pace Pakistan was struggling at a time when real estate in Punjab was going through a boom. But the problem was that companies and people were refusing to do business with the Taseers, after the assasination of the governor. The social boycott caused a collapse in revenues, from which the company has never truly recovered.

In the director’s report of 2020, the company tried to put a positive spin on the matter, noting that at least the decrease in loss was due to lower exchange loss on foreign currency convertible bonds.

“Due to liquidity issues the Group has not been able to meet various obligations towards its lenders, including repayment of principal and mark-up thereon in respect of its borrowings. The construction activity on the project has also been very slow due to unavailability of enough financial resources causing a delay in the completion of Pace Tower,” the report noted.

Most worryingly: “these conditions indicated the existence of a material uncertainty related to events or conditions that may cast significant doubts on the Group’s ability to continue as a going concern.”

The company says that it is a not a problem, and that the company has “saleable inventory in the form of different properties for which the management is actively looking for the buyers… management is expected to generate Rs3,800 million over the period of five years The proceeds from these sales will help to improve the operating cash flows of the Group and to settle its obligations.”

But is that too optimistic? Since 2015, Pace has entered into debt swap agreements with National Bank of Pakistan, Habib Bank, Al Baraka Bank, Askari Bank, and the latest, Bank of Khyber. It has not done much good.

Yet somehow, Pace is ‘confident’ that the Pace Tower project will be completed by 2022. But will the company be able to survive by then?

Profit
Previous articleWhen is the right time to buy a home?
Next articleMerger between Gatron Industries and Novatex approved by Balochistan High Court