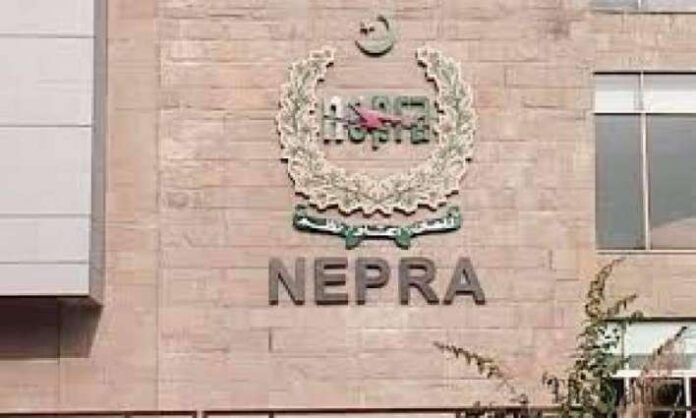 ISLAMABAD: The National Electric Power Regulatory Authority (NEPRA) has revealed that overall recoveries of the power distributing companies (DISCOs) during the fiscal year 2019-20 dropped by 1.48pc when comparison with the recoveries of FY2018-19.

NEPRA, in its State of Industry Report 2020, disclosed that the unprecedented crisis emanating from the Covid-19 had pushed the government into a perplexing situation to strike a balance between social and economic compulsions. Also, the decision to give relief to consumers for bill payments in installments, though justified to mitigate the masses’ woes, reflected badly on the recovery position of DISCOs.

“Given the cyclic nature of payments, the low recovery of DISCOs hampered the ability to make payments to generation and transmission companies through CPPA. As on 30th June, 2020, an amount of Rs1,042,075 million was payable by Central Power Purchasing Agency (CPPA) to power producers and NTDC,” the report stated.

According to the said NEPRA report, the federal government has acknowledged the importance of renewable energy (RE) power plants, and set a target of 20pc RE capacity by 2025 and 30pc by 2030 in the national grid.

Although the induction of electric power generation capacity on large scale has catered for the longstanding electric power shortfall, the obligation of capacity payments has increased due to the ‘Take or Pay’ Power Purchase Agreements (PPAs). Such types of PPAs require optimum utilization of available generation capacity to avoid the undue financial burden that emanates from capacity payments. Over a period of time, the electricity prices have been increasing for the end consumer which is a growing concern for the regulator. Besides the higher Transmission & Distribution losses, the low recoveries and under-utilization of ‘Take or Pay’ power plants, various other elements like currency devaluation, low sales growth rate, front-loaded tariff, operation of costlier power plants due to transmission constraints, etc. have added to the increased cost, said report.

“With regard to electric power generation system, a comprehensive plan for induction, retirement and replacement of power plants is needed to be developed and followed up with strict monitoring and continuous improvements.”

The NEPRA report also said that NTDC, according to the provisions of Grid Code, had prepared a long term Indicative Generation Capacity Expansion Plan (IGCEP) and submitted it to NEPRA for approval. The Plan was evaluated by the professionals of NEPRA in consultation with all the stakeholders and returned with observations of the Authority as well as other stakeholders to NTDC for revision and resubmission. The IGCEP, once approved by the regulator, will give a clear picture of power generation outlook of the country and provide clarity for decision makers at all levels.

The existing transmission network of NTDC, subject to system constraints, is causing the under-utilization of the efficient plants. Besides some hydel and thermal power plants, the wind power plants in the south are also facing problems in evacuation of electric power that could be generated. Under the Energy Purchase Agreements (EPAs), in the event of failure to off take the available energy from RE power plants, these plants are eligible for payments on account of Non-Project Missed Volume (NPMV). Therefore, NTDC must develop a robust transmission system to ensure full evacuation of electric power for transmission across the country from South to Center and North or vice-versa; so that cheaper power from efficient power plants can be made use of.

It is also learnt from the report that like generation and transmission systems, the distribution business in electric power sector is also important as it directly interacts with the electricity consumers. The distribution business could not be transformed into a competitive market as was conceived under WAPDA’s Strategic Plan for the Privatization of the Pakistan’s Power Sector, 1992. For smooth transition, PEPCO was incorporated in 1998 to facilitate the transition process within two years, but even after 20 years PEPCO still exists controlling the affairs of Ex-WAPDA DISCOs.

The high cost of electricity, inefficient distribution services and load-shedding policy on high loss feeders is pushing consumers away from the DISCOs. The load-shedding policy is compelling the consumers for use of the smaller inefficient gas or diesel generators as well as Un-interrupted Power Supply (UPS) which has disrupted the efficient allocation of valuable resources in the economy. The distributed generation through solar power solutions has made a significant ingress in the domestic consumer base of DISCOs which are losing the consumers with high consumption and paying capacity. Similarly, the commercial, educational and industrial outfits are also inclined to drift away from DISCOs and opt for self-generation through solar power. So far, nearly 5,000 Net-Metering Licences with around 86 MW electric power generation capacity have been issued by NEPRA. Apart from the distributed generation, various industrial and commercial consumers of DISCOs, dissatisfied with the higher cost and poor quality of services, tend to directly purchase electricity from generation companies for reliable and cheaper electricity supply through wheeling arrangements. Although DISCOs are resisting the wheeling regime, the Regulator cannot deprive the consumers to buy cheaper electricity from the sources of their choice.

The power sector reforms envisaged a transition from monopoly structure to a competitive market; an objective which has not been achieved yet. DISCOs, which were supposed to be independent commercial entities are instead, tied centrally, having the least say in their own commercial decisions. Similarly, the Public Sector Generation Companies (GENCOs) have also been centrally tied by the creation of GENCO Holding Company Limited (GHCL). Going forward, in the wake of amendments in NEPRA Act in 2018, the competition can no longer be avoided. The NEPRA (Amendment) Act, 2018 puts a lot of emphasis on developing an electric power market and reducing regulatory oversight. Fundamental structural changes have been introduced, leading to the wholesale and retail markets. The supply of power has been excluded from the ambit of distribution and is now a distinct licenced business which will create a retail market. Similarly, the power trader licence has been introduced for wholesale trade of electricity. Provinces are also eligible to develop their own transmission system for transmission of power within the province. All of these fundamental changes, coupled with the increased interest of consumers in net-metering and wheeling of electric power, are going to lead towards a competitive environment as an unavoidable reality which the public sector entities, especially the DISCOs must realize. Any attempt to further protect the monopolistic and oligopolistic status- quo may not only hurt the power sector but also the overall economic growth of the country.

CPPA, already registered to act as Market Operator, has been mandated with the responsibility to design a wholesale competitive market model for the country. CPPA submitted a conceptual design of the Competitive Trading Bilateral Contract Market (CTBCM) model which was approved by Authority in December, 2019. Subsequently, CPPA submitted the detailed design model and implementation roadmap for approval of the Authority in February, 2020. An International Consultant has been engaged for the review of the proposed model. The Authority has considered the observations of the relevant stakeholders as well as the International Consultant and the same have been shared with CPPA for redressal.