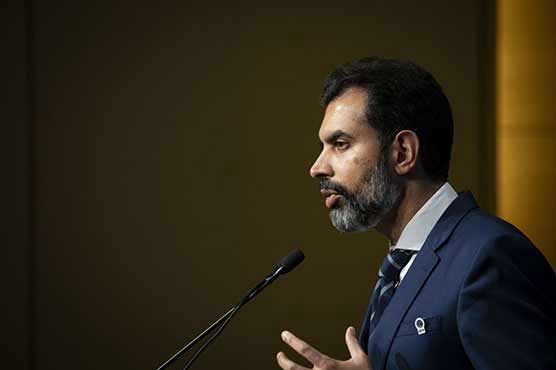 “The Polyculture Forest is inspired by the incumbent government’s priority of encouraging people, communities, organizations, businesses and civil society to collectively plant trees and thus play their part in improving climatic conditions,” said a statement issued by the central bank.

Briefing the SBP governor on the Polyculture Forest, the management stated that the project envisages a 5,000 square meters of “urban forest”, where about 15,000 saplings of 45 indigenous species will be planted using the “Miyawaki” method that involves planting dozens of native species in the same area.

The Miyawaki approach ensures rapid growth of plants; reportedly, plant growth is 10 times faster and the resulting plantation is 30 times denser than usual; moreover, the forest becomes maintenance-free after the first three years.

A mini lake for the project has also been developed to complement the Forest ecosystem and support aquatic life – plants, fish and other creatures. The project also involves micro-sprinkler irrigation system, which supplies only the required amount of water directly to the roots of trees.

When fully mature, PSPC Polyculture Forest would be absorbing 300-350 tonnes of CO2 per year. The forest’s additional benefits include providing a natural habitat and food for various species of birds, mammals, and insects; a lowered temperature of the surrounding areas due to natural air-conditioning impact of the trees; recharge of ground water table; prevention of soil erosion, etc.

In his brief address on the occasion, the SBP governor stated that as part of the central and PSPC’s contribution towards Corporate Social Responsibility (CSR) goals and care for the environment, the PSPC Polyculture Forest, a green island in the urban concrete jungle of Karachi, is a gift for the entire community.

Furthermore, he appreciated the efforts of the entire PSPC team, especially to the numerous members, who worked day and night, even during the pandemic and made this innovative project a reality.

Later, the Dr Reza Baqir inaugurated the SBP Paper Conservation Laboratory. After the inauguration, he conducted the tour of the facility and appreciated the work done by the staff.

“Established under the Division of Archives & Record Management, the paper conservation lab is unique in the country, since objects at the archives/record management/museum of SBP are exceptional in terms of history, emotional import, and technology; as such, the work aimed at their conservation is extremely important,” the statement read. “The laboratory will be the repository of the permanently valuable records of SBP, which have been determined to have continuing historical value and/or require preservation for legal or fiscal reasons. The other aspect of the preservation is digitization of all the records in collaboration with ITD, SBP, through knowledge management system.”