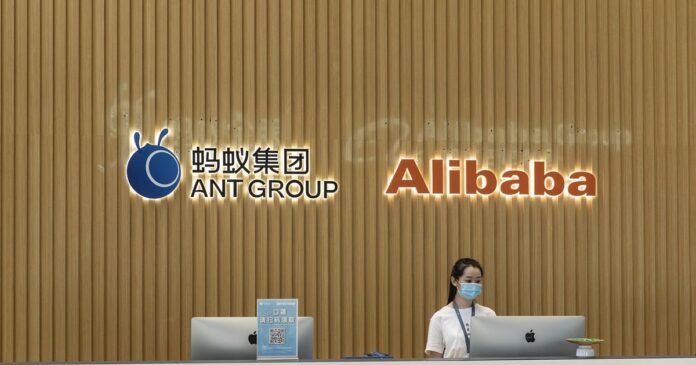 Asia’s largest corporation will buy 730 million of about 1.67 billion Shanghai-listed A shares as part of a placement to strategic investors, the e-commerce giant said in a stock exchange filing. Including the Hong Kong tranche of its IPO, Ant intends to sell a total of 3.3 billion shares.

In addition, the financial services giant plans to issue about 1.16 billion Hong Kong-listed or H shares to Alibaba, part of a distribution of about 3.26 billion shares to existing backers.

Alibaba co-founder Jack Ma’s Ant Group is racing toward what could be the world’s largest ever coming-out party, slated for sometime over the coming weeks. The IPO shares deal helps Alibaba prevent the dilution of its stake after Ant goes public. The Chinese e-commerce giant will hold about 32 per cent of its affiliate’s shares after the IPO, based on data compiled by Bloomberg.

Ant’s IPO is said to have drawn interest from strategic investors including Singapore’s sovereign wealth fund GIC Pte, Temasek Holdings and China’s $318bn National Council for Social Security Fund. That strong demand means the Alipay operator could fetch a valuation of at least $280bn, despite concern that people within the Trump administration are exploring restrictions on the Chinese fintech giant, according to people familiar with the matter.

Ant reported a 74 per cent jump in gross profit to 69.5bn yuan ($10.4bn) from January to September, according to an A-share prospectus posted to the Shanghai exchange.

Ma’s Ant Group is asking buyers of what could be the world’s biggest-ever initial public offering to commit to the deal just days before the US presidential election.

The Chinese fintech giant will price the Shanghai portion of its dual listing on October 27 and allow subscriptions on October 29, it said in a prospectus published on Wednesday. The deadline for payments will be November 2. Ant hasn’t yet spelled out dates for the Hong Kong leg of the IPO, but they’re expected to be similar.