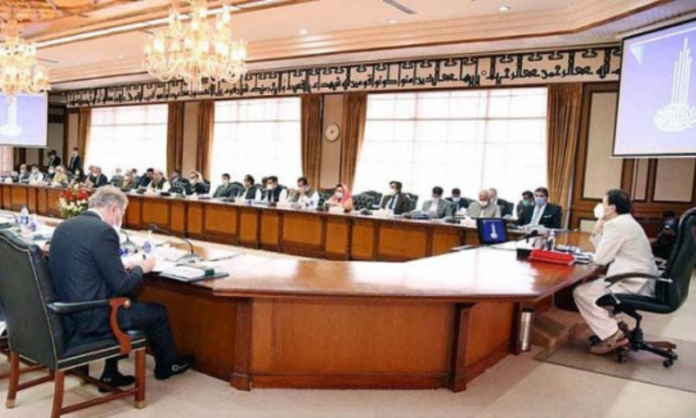 The federal cabinet meeting on Tuesday deferred the Economic Coordination Committee’s (ECC) decision to increase the support price of wheat from Rs1,400 per 40kg to Rs1,600 for two days after the prime minister directed that all provinces be taken on board on the matter.

During the meeting, Prime Minister (PM) Imran Khan reprimanded a few ministers and officials for failing to control inflation and vowed to bring back prices of ess­ential items, especially wheat flour and sugar, to their previous position by importing both commodities.

According to Dawn, Minister for Food Sec­urity Fakhar Imam, Minis­ter for Economic Affairs Khusro Bakhtiar, the food security secretary and officials from the Trading Corporation of Pakistan were confronted over the continuously rising prices of consumer items.

Further discussing the wheat crisis, the meeting held Sindh responsible for the shortage, emphasising that it had not procured the commodity since last year.

“This increased the price of wheat in Sindh, as a result of which traders sent the commodity from Punjab and other parts of the country to earn more profit, making it dearer,” the local media outlet quoted the cabinet members as saying.

The premier, however, hoped that the crisis would end by January 2021 once the import process is completed.

The meeting was also informed that consumption of sugar had increased sevenfold in Punjab during the last few days which indicated that either it had either been hoarded or was being smuggled.

It may be noted here that sugar is currently being sold at over Rs110 per kg against its previous price of Rs65 while naan, which was being sold for Rs10 before the crisis now costs Rs15.