All tier-1 retailers will benefit once the tax rates are low; compliance is hassle-free as businesses can compete with the informal sector 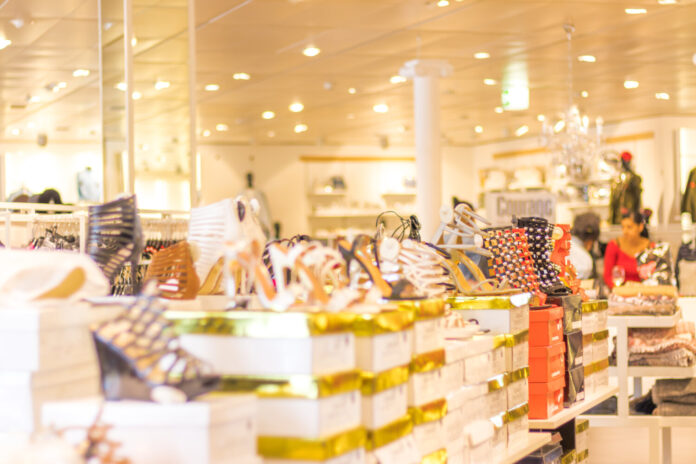 LAHORE: Retail businesses across the country welcomed the signing of a Memorandum of Understanding (MoU) between the Federal Board of Revenue (FBR) and Chainstore Association of Pakistan (CAP) to ensure effective and efficient integration of Point of Sales (PoS)/tills installed at Tier-1 retailers across the country.

According to the press release issued on Wednesday, CAP committees will be formed at central and regional levels in order to facilitate smooth integration and to collectively manage any bottlenecks. CAP has assured FBR that all Tier-1 retailers would duly and fully integrate their tills/PoS without any exception by November 30.

The association would also augment FBR’s efforts to improve the PoS system and make it foolproof. Besides, CAP will assist FBR in the identification of all Tier-1 and Tier-2 retailers who are liable to be integrated but have not yet integrated, the press release reads further.

The foundational principle of this MoU and the benefits agreed to by FBR is complete integration by Tier-1 retailers with FBR’s system by November 30.

Speaking to Profit, CAP President Rana Tariq Mehboob said that this is an extremely important agreement and a game-changer in terms of tax compliance in the country.

He added that the Tier-1 retail sector has joined hands with FBR to serve as torch-bearers in tax compliance for the rest of the country for the first time in Pakistan.

“We are confident that as a result of this agreement our country will soon see significant increases in government revenues and in the future ease-of-doing business will be the hallmark of this agreement for all Integrated businesses,” Mehboob said.

The CAP president maintained current tax laws were made for a pre-integration tax period and changes were required to the same for the PoS Integration era.

Who will benefit from it?

This agreement covers the entire Tier-1 retail sector of over 60,000 outlets represented by CAP, a DGTO approved association created for Tier-1 retailers nationwide.

Mehboob shared that in the future CAP will be playing the role of a key partner of the FBR in spearheading the PoS Integration initiative by ensuring that CAP-FBR committees are formed not only to review and resolve local issues pertaining to integration but also have permanent working committees at the federal level.

“The scope of the committees is clear that all integrated businesses should prosper and serve as a positive example for all non-integrated retailers while ensuring 100 per cent tax compliance for the FBR,” he said.

He shared that the adjustment in tax rates has been made according to the particular needs of business segments and solid business rationale.

CAP Senior Vice Chairman Asfandyar Farrukh told Profit that the main benefits will be realised once the FBR implements the reduced tax rates and audit relief for integrated retailers.

“These incentives will help create a level playing field for high-revenue low-margin retailers that are otherwise unable to stay competitive with small retailers that benefit from staying under the tax radar and weak enforcement,” Farrukh said.

He maintained that all tier-1 retailers, whether super-stores or fashion retailers, will benefit once the MoU is fully implemented as only when tax rates are low and compliance is hassle-free can businesses compete with the informal sector.

“The tax base will only widen once all fully documented retailers are able to thrive more than the undocumented,” he opined.

Mehboob said that after implementation of this agreement, there would be no hurdles left for the growth of the PoS integration initiative and for the integrated retail sector to flourish.

“Even for the GST rate of 17pc still prevalent across many sectors of retail such as grocery, electronics etc, we have committed to work with the FBR through federal committees in trying to bring this down in the future based on the expected jump in the tax collection. This will result in more disposable income for consumers and sustained growth of the retail sector,” the CAP president said.

Agreeing with Mehboob, Lahore Chamber of Commerce and Industry (LCCI) former president and CAP member Irfan Iqbal Sheikh said that the current agreement between FBR and CAP will be one of the key milestones in the widespread adoption and success of the government’s PoS integration initiative.

“This agreement will jumpstart the next phase of the POS Integration Programme covering a majority of the 60,000 tier-1 retailers especially those related to departmental and grocery stores,” Sheikh said.

He added that the project is commendable as it aims to digitise the tax collection process while creating a conducive environment for integrated retailers.

Sheikh maintained that this process will not only ensure 100pc tax compliance by integrated retailers but also minimise any need for interaction between the taxpayer and tax-departments.

He added that the initial launch of the initiative while successful for the fashion retail sector – had many practical hurdles especially for the departmental store and wholesale segments of the retail sector which work on a higher volume and lower margins model.

“Without addressing these specific and genuine business viability concerns of the retail sector – it would not have been possible to take the integration initiative forward,” Sheikh said.

“I am extremely pleased that CAP and FBR have put in a lot of effort to address all impediments in the current system for integration and have worked for the betterment of the business and country. I am hopeful that once all aspects of the agreement are implemented by the government, the business community will enjoy a new viable, tax compliant integrated business model – something that will serve as a benchmark for our country in the future,” he said.