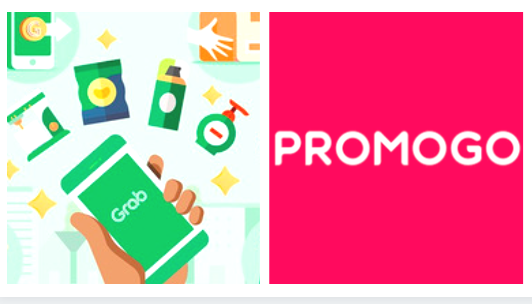 SINGAPORE: Capturing more value from the mobile real estate on its extensive fleet of two-wheel vehicles in the Southeast Asia region, Gojek has launched a programmatic out-of-home (OOH) advertising solution called GoScreen through Promogo. Based on data from GroupM, advertising spending in Indonesia is expected to grow by 5.8pc this year.

Acquired in 2018, Promogo is Gojek’s response to GrabAds and is the enterprise advertising solution for the super app. For the driver-partners part of the Gojek mobility fleet, GoScreen represents an additional opportunity to receive additional income pegged to the distance covered in their respective vehicles.

GoScreen will be available for large advertisers, including micro, small and medium enterprises (MSMEs) in the Greater Jakarta area and is meant to democratize not only access to brand awareness touchpoints. The service is priced at IDR 10 million to reach a quarter million potential unique viewers.

“The key pain points that brands face with out-of-home advertising today include the inability to target their campaigns and measure performance,” said Antoine de Carbonnel, chief commercial officer at Gojek. “GoScreen addresses this through location and time-based campaigns as well as precise measurement technology that provides brands with an efficient return on investment.”

Offering advertisers the ability to monitor actual impressions in real-time through an online dashboard, GoScreen was awarded the Open Measurement SDK certification by the  Interactive Advertising Bureau Tech Lab. Gojek hopes that the new solution will help advertisers gain unique insights that will help them re-target relevant consumers.

“With Gojek’s commitment to enable inclusive growth, GoScreen makes out-of-home advertising accessible to small local businesses and supplements the income of participating driver-partners, paving the way for improved livelihoods,” said de Carbonnel. “At the same time, it is providing a promising new source of revenue for the wider Gojek business, ensuring that our entire ecosystem thrives together.”

Speaking to Profit, de Carbonnel said that as of Q3 2020, the number of brands using Promogo’s non-digital out-of-home solutions has grown by 40pc over the past two years, with over 100,000 driver-partners participating and 30 billion impressions generated in the same time period.

“One of GoScreen’s key features is the availability of data on impressions, which is calculated through object recognition and beacon-based technology,” said de Carbonnel. “Our tech enables brands to monitor actual impressions in real-time through an online dashboard, allowing them to effectively measure their campaign performance and optimize their return on investment.”

In the course of developing GoScreen, Gojek held a two-month-long pilot with hundreds of drivers in Greater Jakarta, according to de Carbonnel. He said that Disney+, Samsung, Aqua, and Sosro, were among the advertisers participating in the pilot phase among others, adding that in just two thousand hours of advertising, GoScreen had over four million impressions and reached over 850,000 people.

Speaking to Profit, Bykea CEO Muneeb Maayr said that the solution was currently not feasible for Pakistan given that its costs incurred by city permissions are upwards of five thousand rupees per day for a maximum of three to four zones in a city.

A representative from Careem told Profit that the super app is exploring placing static ads inside its vehicles as an additional revenue sharing medium for its captains and itself, adding the solution would not likely be programmatic with digital screens given the realities of rampant theft that would occur.

The revenue outcomes as a function of the costs of operating at the sophistication of GoScreen would not be commercially feasible according to both Bykea and Careem.