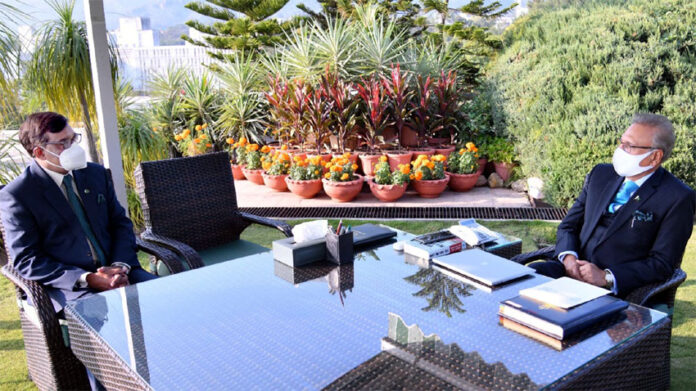 ISLAMABAD: President Dr Arif Alvi has emphasised the need for enhanced cooperation with Ukraine in the areas of trade, economy and culture.

The president said this while talking to Pakistan’s Ambassador-designate to Ukraine Major Gen (r) Noel Israel Khokhar on Wednesday.

The president said that Pakistan highly values its relations with Ukraine and wants to further increase cooperation in fields of mutual interest, including defence. He congratulated the ambassador on his appointment and hoped that he would make concerted efforts to further expand bilateral cooperation with Ukraine.

He underscored the need for frequent bilateral parliamentary and political exchanges that would greatly help bring the two countries closer. He asked the ambassador to work for promoting bilateral cooperation in education, culture and tourism sectors.