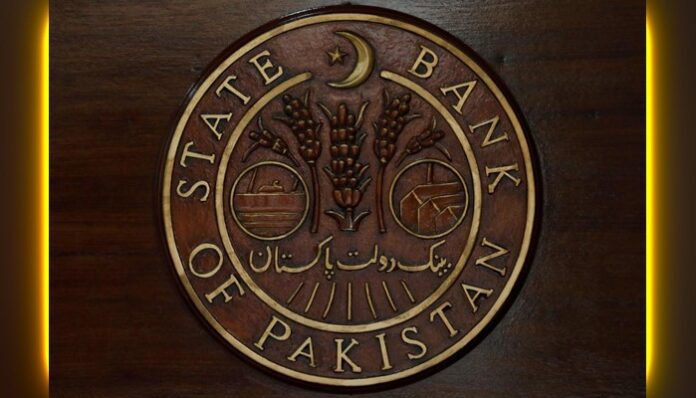 The State Bank of Pakistan (SBP) has improved its growth outlook for the country, predicting that the national GDP will grow between 1.5pc-2.5pc in fiscal year (FY21), compared to FY20 where Pakistan’s GDP growth contracted by 0.4pc.

According to the annual report issued by the SBP on Wednesday, the central bank expects export values within the range of $23.4–23.8 billion in FY21, higher than the $22.5 billion recorded in FY20.

Similarly, the SBP expects imports to remain higher than last fiscal year, given the anticipated pick-up in economic activity following the lifting of lockdowns, and firms’ efforts to replenish inventories. In particular, steel imports are expected to revive in FY21 on the back of concessions for the construction industry and progress on housing finance. Energy imports, however, would depend on the ongoing substitution trend between imported and local fuel sources.

For oil prices, the SBP estimates that by the end of CY-2021, the crude oil market is projected to remain range-bound due to weaknesses in the aviation sector and the risk of re-imposition of lockdowns amid a still high number of active Covid cases. Given this stability in oil prices, domestic fuel prices are likely to remain steady during FY21, the report highlighted.

However, as previous adjustments in the power and gas tariffs are due, there is an upside risk to overall energy inflation, it further said.

With regards to food prices, the SBP underlined that it may come under pressure due to widespread torrential rains and increased risks of flooding, which may cause crop losses.

On the other hand, the SBP predicted the non-food-non-energy segment of CPI to ease further, as chances of a significant pick-up in domestic demand remain low due to weak financial position of businesses and households.

For overall headline inflation, the SBP kept its forecast intact at 7pc to 9pc in FY21. This indicates that SBP will keep its policy stance loose till the economy recovers to its potential.

On the fiscal side, the SBP projected fiscal deficit up to 7.5pc vs targeted 7pc. On the external front, the current account deficit is projected at 1pc to 2pc. These growth projections are subject to risks, including from the evolution of Covid, extreme weather conditions, external demand, and progress on the reform front.