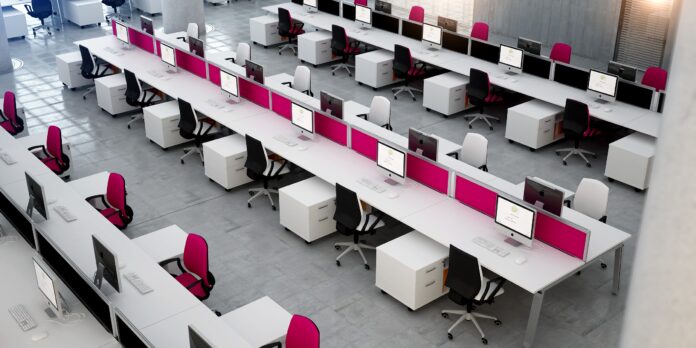 TRG, which is short for The Resource Group, is a venture capital company which specialises in making acquisitions and investments in the business process outsourcing (BPO) sector, typically investing in around one or two investments in a year, and typically in technology, IT-enabled services and medicare insurance sectors. The company claims to have an ‘unbroken track record of over a decade’ in generating positive returns on each investment.

The company is the brainchild of Chisti, a Pakistani-American in every sense of that hyphenated label, born to an American father and Pakistani mother, who grew up in Pakistan but studied and worked in the US. After being ousted from his first billion dollar company, he decided to form TRG.

In 2002, TRG Pakistan was created, specifically to act as the global holding company for all of TRG’s investments. It was listed on the then Karachi Stock Exchange in July 2003.

As Chishti likes to explain it, TRG is a venture capital company focused on making acquisitions and investments in the business process outsourcing and related industries. “Our job is to be good stewards of capital, not managers of companies,” he said in a 2017 interview with Profit.

The ownership structure of TRG is highly complex and consists of several layers of holding companies. TRG Pakistan is the overall holding company, but it does not own the entirety of TRG International, which in turn does not necessarily own the entirety of the shares in its portfolio companies. At each stage, there are minority investors who own significant stakes, which makes it difficult to track exactly how much the overall portfolio is worth, and how much of it is owned by the shareholders of the publicly listed company on the Pakistan Stock Exchange.

For most of its existence, TRG Pakistan’s subsidiary was TRG International, which is a British Virgin Islands-incorporated holding company, that in turn owns stakes in most of TRG’s portfolio companies. However, in June 2020, TRG Pakistan’s share in TRG International changed from 57.16% to 46.03%.  It is no longer a subsidiary, but is instead, technically, an affiliated company.

However, that does not diminish TRG International’s importance for TRG Pakistan. According to the latest annual report released to the Pakistan Stock Exchange, TRG International consolidated revenues reached $600 million, or a 15% increase from last year’s $515 million.

Much of this came from the ‘customer experience’ segment, which made up 67% of total revenue (or $405 million). Health insurance marketing contributed 19% of revenue, while enterprise software made up 14% of revenue.

The significant company within the ‘customer experience’ segment is Ibex, which TRG International has a 64.2% stake in. The company provides contact centre services and other BPO facilities to enterprise customers. Today, it has around 90 clients, is found in seven countries, and has more than 22,000 employees worldwide.

In August 2020, this company completed its initial public offering on Nasdaq. At the time, its post money valuation was approximately $350 million, with the total amount raised in the IPO, prior to expenses, of approximately $90 million.

Ibex has done generally well: its revenues increased to $405 million in 2020, or a 10% growth from the same period in fiscal 2019. The company’s EBITDA (or net income, with interest, taxes, depreciation, and amortization added) increased from $36 million to $54 million.

According to the director’s report, Ibex wanted to shift its focus from onshore locations to offshore facilities, in the future.

“The improvement in service delivery mix, coupled with the company’s wins of new logos, especially in the higher growth technology sector, has helped generate significant margins and continued to provide top and bottom-line momentum,” noted the report.

Now, the second segment. TRG International’s health insurance marketing company saw its revenue shoot up from $35 million in 2018, to $65 million in 2019, to $113 million in 2020. According to TRG, this increase was a result of the continued investment in business and expansion of service delivery locations.

In part due to the larger scale, the company’s profitability has also increased with EBITDA rising from $28 million to $43 million.

The health insurance marketing company, more so than others, was able to construct what the company called a ‘robust work-at-home “WAH” operational delivery model’, code for the company withstood the harsh realities of operating during a full blown global pandemic. TRG said that that operational results were at similar levels to an on-site environment.

The model was so successful in fact, that the company plans to convert enturely to that model, dubbing it ‘location agnostic’. This will require additional investments in technology and training, though not to fear: the company had already lined up funding agreement with its existing lender, doubling its working capital line to $200 million. While the company has adequate capital, it has also decided, interestingly, to look at alternative monetization alternatives, for which financial advisors have been called upon. “We hope to make significant progress in this regard in the next few months and report back to our shareholders,” the report said, somewhat cryptically.

Finally, the last, and smallest segment: enterprise software. Despite the smaller size, the segment has still managed to make some strides this year. According to TRG, one of its portfolio companies in the enterprise software industry signed a pay-for-performance, five-year service agreement with a large US telecommunications provider in May 2020.

This bodes well: the agreement’s service fees are expected to generate approximately $100 million in revenues in fiscal year 2021. For context, the entire segment generated $82 million in 2020, and $69 million in 2018. According to TRG, the company’s current revenue run rate, as a result, is approximately $200 million.

“As a result of the enhanced scale and profitability, we are targeting a partial monetization of the portfolio company during 2021,” TRG Pakistan said. The company also said it was in discussions for new clients for a wider rolle out of its services.

The crown jewel in TRG’s portfolio, however, is Afiniti, a company that develops artificial intelligence software that is designed to help companies improve the efficiency of their business processes, specifically their call center operations. TRG’s investment in Afiniti started in 2005 as a seed investment into a company that was developing a solution that TRG felt its portfolio companies would be able to use. Over time, it morphed into a business in its own right.

And it is not hard to see why Afiniti gets the bulk of the attention: it is a rapidly growing business in an area of technology that can truly be described as cutting edge. In 2016, the company achieved Rs1.6 billion in revenues, a number that had skyrocketed to Rs11.2 billion by 2019, the latest year for which TRG clearly broke out Afiniti’s revenues on its consolidated financial statements.

True to Zia Chishti’s form, however, the company is nowhere close to meeting the goal he set out for it. In 2017, Chishti had told Profit that the company was close to a cash-flow breakeven. By 2019 – a full two years after that claim – the artificial intelligence subsidiary had negative cash flows of Rs3.2 billion, as measured by adjusted earnings before interest, taxation, depreciation, and amortisation (EBITDA).

Even in 2017, Afiniti was six months behind that goal. It now appears that the company is several years behind its goal of achieving cash flow positive results.

Afinity counts amongst its clients T-Mobile USA, the third largest mobile phone company in the United States, as well as UnitedHealthCare, the largest insurance company in the US. Its technology is promising enough for McKinsey & Company, the prestigious global strategy consulting firm, to make Afiniti one of its only two direct equity investments.

Afiniti was last valued at $1.6 billion in its Series D fundraising, which was in October 2018, according to sources familiar with the matter. It is unclear if the company’s valuation has risen by much since then. Rumours of Afiniti being listed on the NASDAQ have been doing the rounds since at least 2016. The company appears to have prepared an S-1 disclosure, required by the United States Securities and Exchange Commission, but has not made it public yet.

Since then, it has also raised $80 million in debt financing, which is somewhat unusual for a company that is still in the high-growth phase of its existence. In total, Afiniti has raised close to $200 million in funding across several venture capital rounds, as well as its most recent debt financing.

What’s next for Chishti and TRG?

As for Chishti, once he is done supervising the sale of the portfolio, he plans to retire from his entrepreneurial life and return to Pakistan to focus on philanthropic activities. This asset sale, in short, is the swan song of his entrepreneurial career.

Even back in 2017, Chishti did confirm that TRG is in the process of seeking to sell its stakes in all of its portfolio companies so that it can convert its initial investors’ holdings to cash to return to them. Some of TRG International’s other investors include venture capital funds, such as Pinebridge, a London-based company that was founded by former AIG investment professionals.

Back then, he anticipated that the process would take up to two years, and may include some combination of public listings for its portfolio companies and sales to strategic investors. As expected, TRG Pakistan is behind schedule.

What does that mean for his investors? TRG Pakistan appears to be winding down its ownership of its core assets and, indeed, as of the second quarter of calendar year 2020, has even stopped reporting on the details of the financial statements of its portfolio companies. So how can Pakistani investors in the holding company possibly keep up to date with the progress being made by each of its portfolio companies? Hope and pray that they get listed on foreign stock exchanges and then calculate the impact on TRG Pakistan’s financial statements by looking at their independent financial statements elsewhere.

It is an uncomfortable position for stock market investors to find themselves in, when the founder and CEO of the company they are shareholders in has clearly checked out and is planning a retirement rather than focusing on growing the business.

In some ways, Chishti was absolutely correct in his description of TRG Pakistan as a venture capital fund. It is just a fund that appears to be coming towards the close of its life, with no plans of raising a second fund that would continue the investing journey. That means that the gains that have been realised and will be realised once the company is done selling off its entire portfolio are it:  there will be no more.

Soon, TRG Pakistan will cease to exist, and its public listing will either be taken off, or it will remain a husk that continues to trade in the hopes that someone else will use it as a vehicle to directly list their company. Either way, the party for TRG Pakistan appears to be winding down.