The illusion of popular support for the idea is being generated to enlist the government’s help in cracking down on the industry’s informal sector competition, to preserve the duopoly 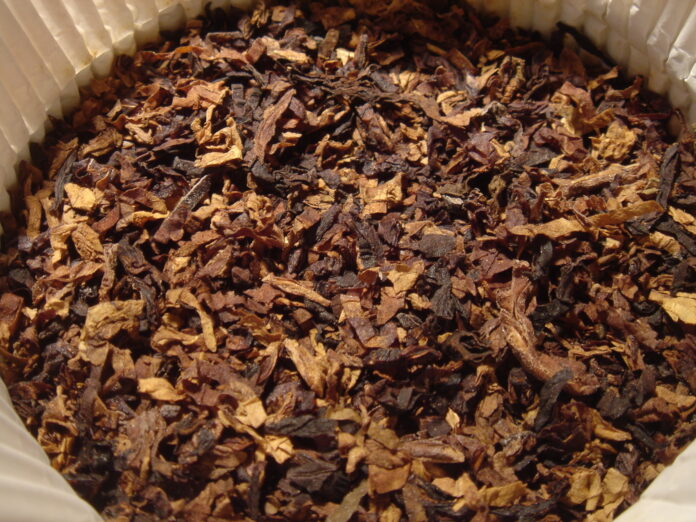 The tobacco industry has some demands. They want higher taxes. They want those higher taxes more stringently enforced. They want a curb on advertising, and that curb to be enforced more strictly. Of course, they do not want any of this for themselves (they already have that hanging over them), what they want is for these actions to be taken against their unauthorised competition.

Let us not be under any illusions here. Large tobacco companies are not making these demands out of any sense of duty or goodwill. No, they want more people to smoke more cigarettes and given the chance, they would splurge on advertising, marketing, and packaging the product.

This is a price they are willing to pay, that is how golden the product is. But in Pakistan, they face an issue. Local tobacco growers sell their crops to local manufacturers, who then produce cheaper cigarettes of their own. Since they operate on a much smaller scale, they often fly under the radar and manage to market their products as well as not pay high taxes.

This is why regularly the tobacco industry tries its best to make sure that these local manufacturers have to pay their taxes, and cannot market their products since that ends up stealing a sizable chunk of the market from the big companies.

Two multinational companies (MNCs) which manufacture cigarettes in the country claim that the non-tax paying cigarette market continues to expand and the federal government seems helpless to control the illicit cigarette trade. According to them, 52 tobacco companies in Pakistan have 40 percent of the market share, and only pay Rs 2 billion in taxes every year. To put this in context, this is only 2% of the total tax collected from the tobacco industry.

Who are the two MNCs? One is the Pakistan Tobacco Company Limited (PAKL), which is the Pakistani subsidiary of British American Tobacco. The other company is Philip Morris Pakistan Ltd (PMPK).

Together, these two internationals control 60 percent of the market. They also pay 98 percent of the tax that is collected from this industry. They are right in this regard, they pay a lot more. But this is not to say that the amount they are paying is too much, just that their 52 competitors are not paying their share. Which is why the MNCs encourage the government to collect more tax from them, because then Phillip Morris and PAKL will be able to get some of that 40 percent market share that the other companies are controlling.

“The legal cigarette sector has been battling numerous obstacles due to the unabated mushrooming growth of the illicit sector,” says Taha Javed Khan, Head of Equities, AlMeezan Investments.

He says that over a 10 year period, Philip Morris (Pakistan) Limited has seen its volumes decline by over 50%, with 26% loss in just the past nine months as indicated in their quarterly results whereas in 2019, thePakistan Tobacco Company witnessed a decline in sales volume of 15%.

“During this time we have seen illicit cigarettes continue to flourish, which is hurting the government as well due to unavailability of tax collection,” he added.

While one may assume the reduction may be a result of the stringent tobacco control policies, on the contrary, the yearly consumption has remained stagnant over the years at an estimated 80 billion cigarette sticks, indicating that the volume is shifting somewhere else

According to big tobacco, the companies selling illicit cigarettes are directly benefiting from the government’s increase in taxes on cigarette sales. “As legal cigarettes become more expensive, consumers are moving away from such brands towards cheaper brands that are being sold illegally, for a lot less than the minimum government mandated cigarette pack price of Rs 63,” they claim.

According to Pakistani law, the minimum price of a pack of cigarettes is set at Rs 63. The minimum tax deductible per pack alone is Rs 44. Contrary to this, scores of non-tax paying cigarettes are being sold in Pakistan at a price of Rs 30-40.

This trend and its increasing growth has become a major reason for non-reduction of cigarette consumption in Pakistan and the spiraling decline in volumes of the tax-paying companies, they said.

They shared a report by the international research institute Oxford Economics named Pakistan as the top country in Asia (the study excluded India and China) for selling illicit cigarettes and indicates that the sale of such cigarettes is costing the government annual debt of Rs40 to Rs50 billion in lost taxes.

As per big tobacco scores of mushroom brands are also openly violating the ban on cigarette advertising. In addition to the use of celebrities, customers are encouraged to smoke through various reward schemes, even putting cash money in the packs. Well organized with a formal nationwide distribution presence, these mushroom brands are also marketing savvy.

“One local company, selling cigarettes at well below the government mandated price point, can be seen offering free trips to Turkey in lucky draws, possibly to entice the increasing Ertugrul fanbase in the country after Prime Minister Imran Khan directed PTV to air it in Pakistan,” said a well placed source in one of the MNCs.

He adds that the Federal Board of Revenue (FBR) had planned to implement tax stamps on the cigarette industry as a means of documenting the undocumented market, but no meaningful progress has still been made. “On the other hand, no action has been taken against the sale of tax-evading cigarettes across the country at prices lower than that fixed by the government.”

One can see the point that the MNCs have. Cigarettes, locally manufactured or manufactured by an MNC, are equally bad. So if we as a society have decided that it is still alright to sell cigarettes, then why should the MNCs face unfair competition from these local brands?

“One multinational company recently shut down one of its last two manufacturing plants in the country due to volume decline. This lack of enforcement and non-intervention by the state not only gives a negative message to foreign investors but also results in reduction in job opportunities for the locals,” our source said.

What do the 52 have to say for themselves?

Speaking to Profit, Ikram Ghani, the former Pakistan Tobacco Board (PTB) chairman said that these are another typical projection of the viewpoint of the two MNCs especially PAKL. “They love to play the bogey of the local companies which actually are their main competitors in tobacco purchase,” he says.

The former PTB chairman maintains that the multinational companies should name the 52 local companies, since according to him there are about eight or nine units operating in Khyber Pakhtunkhwa (KP). “And how has this 40% market share been determined? What is the share of smuggled cigarettes, counterfeit cigarettes produced in FATA,  cigarettes produced in AJK where most of the local industry has shifted,” he asks.

He adds that Taha Javed Khan, the expert from AlMeezan Investments too doesn’t appear to have any idea of the tobacco politics and economics in Pakistan. Ghani says the problem of duty evasion can only be addressed if the local brands are given a separate FED slab, as they can not compete with the well established brands of the MNCs and sell their products at the same price for which the established brands are being sold.

“Actually the government has failed to provide a level playing field to the local industry just because of the arm twisting by the tobacco giants who know the art of manipulating the govt policies through swinging FED collection,” he states, adding that the tax stamp too was delayed because it was not supported by the MNCs.

Replying to Ghani, sources from the big tobacco companies tell Profit that according to the PTB Ordinance, tobacco manufacturers, dealers and exporters have to declare to the PTB the amount of tobacco that they intend to buy in the next year, and to ensure that they have contracts in place with respective farmers to meet their quota requirements.

“This is done to make sure that there is no surplus crop and the farmers may earn sustainable incomes on their production,” they added.

However, while commenting on the list shared by big tobacco, Ikram Ghani, says the list is mostly about tobacco traders and exporters. The manufacturers are Khyber Tobacco, Universal Tobacco, Souvenirs Tobacco, Sarhad Tobacco, International and Paramount as even the names suggest that they are traders or exporters.

Because of this, local producers allege that the government has failed to provide a level playing field to the local industry just because of the arm twisting by the tobacco giants who know the art of manipulating the govt policies through swinging FED collection? The local producers claim that the tax stamp too was delayed because it was not supported by the MNCs?

To this the sources from big tobacco said that they only advocate for a level playing field where all parties comply with applicable regulations, laws and duties. This is a fundamental requirement for competing effectively and we support any measures that enable that. We continue to advocate measures geared to drive greater transparency and accountability in cigarette manufacturing with tax stamps being a must have and continue to support this.

“To tackle the problem of illicit trade, in addition to implementation of tax stamps, rigorous and strict action must be taken to drive greater enforcement and compliance. By bringing the duty-not-paid sector into the tax paying net, the government can also add more money to the exchequer,” they opined.