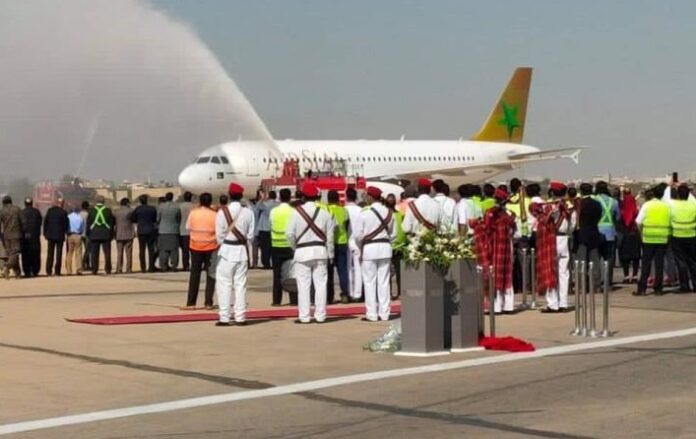 The first aircraft, an A-320 Airbus, of the newly established private airline AirSial on Saturday landed at the Sialkot International airport.

According to reports, the airline will formally launch operations from December 9 by Prime Minister (PM) Imran Khan.

The PM will also address a special ceremony to be held at Sialkot International Airport.

The privately-owned airline was granted permission to run its operations by the Aviation Division in 2017. It also plans to launch flights to foreign destinations.