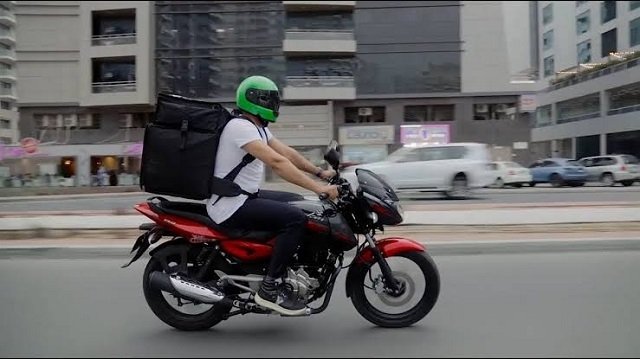 LAHORE: In an ongoing war with foodpanda to establish dominance in the food delivery space, Careem Pakistan has announced that it has reduced restaurant commission fees to a fixed 5 per cent from the previous 15-20 per cent.

The announcement was also made on Careem’s social media handles on Saturday.

The restaurant industry needs you to be loud.
Eat out loud. Speak out loud. Support out loud.#MulKholKarKhao

*Careem’s food delivery services are available in Karachi and limited areas of Lahore. Will be launched soon in more cities. pic.twitter.com/d7zUxeouFD

On September 16 this year, Careem had announced that it would be charging restaurants 15 per cent to 20 per cent in commissions, with annual commitment for the rest of the year. The Careem announcement had come a day after the All Pakistan Restaurant Association (APRA) protested against the “unfair practices” and suspended business with mobile food delivery marketplace Foodpanda in Karachi.

In a letter, APRA had said that the restaurants in Karachi were boycotting foodpanda because the company was repeatedly pressing restaurants for an increase in commission and made some important demands. The APRA chairman had said that a majority of members of the association were being pressurised to to pay 25-35 per cent in commissions from less than 20 per cent previously for aggregation services.

Following the protest, Careem was quick to act and offered lower and flexible commissions for restaurants. Zeeshan Baig wrote an open letter to the restaurant industry and offered lower commissions, besides highlighting some key proposals by Careem such as flexibility in self delivery, no exclusivity and special packages for APRA members.

Though a statement from the company received by Profit today maintains that the reduced commissions have been introduced to support the restaurant industry. “The reduction in commission fees will allow Careem to extend the necessary support to restaurants by passing down these commissions in form of discounts to customers, while encouraging increased orders,” the statement said.

Careem launched its food delivery service in Pakistan by launching in Karachi in 2019 and Lahore in October 2020. However, with the food industry being impacted by COVID has had its implications on growth. “Being relatively newer entrants in the food market, Careem is dedicated to not only grow but also to safeguard the interest of its restaurant partners,” the company claims.

“Since Careem launched its operations in Pakistan in 2016, our purpose has always been to build an app that remains a constant source of positive impact and prosperity for the people in Pakistan by simplifying lives, creating job opportunities and enabling our partners to grow,” a statement from the company said.