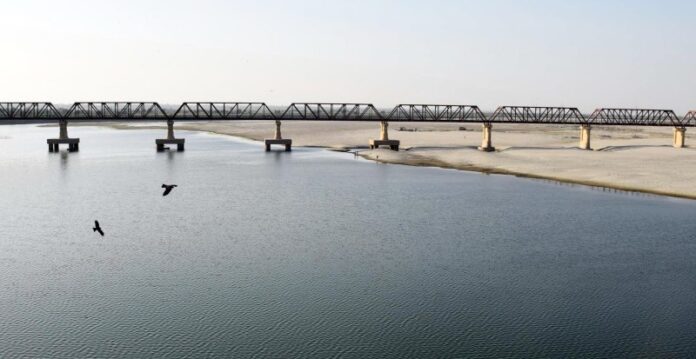 SUKKUR: The Sindh High Court (SHC) on Wednesday ordered construction of a new bridge over the Indus River between Sukkur and Rohri.

Pakistan Peoples Party (PPP) leader Khursheed Shah had filed a petition at Sukkur circuit bench of the high court, seeking construction of a new bridge over Indus, as Sukkur’s iconic Lansdowne Bridge has been in a shambles.

Shah’s counsel Mehfooz Awan in his arguments before the bench highlighted the necessity of building a new bridge over the river to connect the cities of Sukkur and Rohri on the left and right banks of the Indus.

The officials of the National Highway Authority (NHA) were also present during the court hearing. The bench directed the officials to prepare a feasibility report for the new bridge within two months.

It may be noted that the high court’s Sukkur bench had earlier taken up a constitutional petition seeking proper upkeep of the Lansdowne Bridge.

The bench, headed by Justice Aftab Ahmed Gorar, had issued notices to the Pakistan Railways secretary, Divisional Superintendent Railways Sukkur, the provincial heritage secretary and the city’s deputy commissioner to submit their response to the petition by next hearing.

Advocate Sohail Memon, a resident of Sukkur, had moved a petition stating that the bridge constructed over the River Indus and connects Sukkur with Rohri, is part of the country’s historic heritage but unfortunately, was in shambles due to several years of neglect.