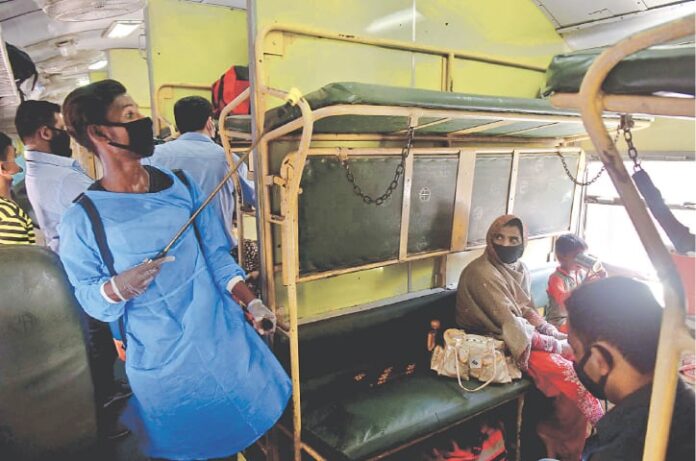 Pakistan Railways has not been able to restore its online reservation system, which crashed almost two days ago, translating into a loss of Rs60 million in just a few hours

According to local media reports, online bookings have not been possible since at least 45 hours, while over the counter bookings also remain suspended. Tickets are now being checked manually without reservation charts.

Earlier on Tuesday, passengers had raised a hue and cry when booking offices, scheduled to open at 8 am, remained closed for hours due to the reservation system’s countrywide crashing.

Earlier on January 23, Railways Minister Azam Khan Swati had assured citizens that the government is taking effective steps to make Pakistan Railway into a profitable entity.

Swati asked the workers’ union to work for the development of railways and avoid what he called “blackmailing the officers” for personal gains. “Hopefully, the workers will get more facilities, such as buildings, hospitals, and educational institutions, in the near future,” he added.

He said that it is the government’s topmost priority to provide suitable working facilities to the employees of the railways’ department.

Swati also vowed that railways’ assets would not be sold.