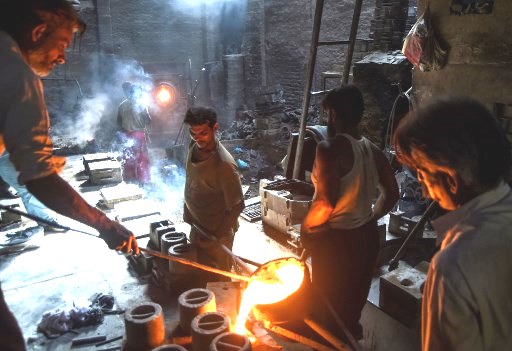 The steel sector has requested the government to reduce the minimum tax rate for dealers and distributors citing that the tax was counter-productive for them to function effectively.

In this regard, Pakistan Association of Large Steel Producers (PALSP) Secretary General Syed Wajid Bukhari requested the government to reduce the tax rate from 1.5 per cent to 0.25pc keeping in view the thin margins set by them.

He made the request in a letter written to Federal Minister for Industries and Production Hammad Azhar, Finance Minister Abdul Hafeez Shaikh and Special Assistant to Prime Minister on Revenue Dr Waqar Masood Khan.

The Pakistan Tehreek-e-Insaaf (PTI) government had imposed a 1.5 per cent tax on steel dealers and distributors to enhance the number of tax filers around two years ago, which is quite close to profit margins, encouraging them to remain in the undocumented segment.

According to a report by the Express Tribune, Bukhari was quoted as saying that the existing rate not only discourages steel manufactures from making future investments but also places additional burden on cash flows and disrupts supply chain of steel sector,” he said. “It further discourages the stakeholders from documenting their business transactions with the Federal Board of Revenue (FBR).”

He added that this a reduction in minimum tax rate would encourage distributors, dealers, retailers and traders to enter the documented segment of the economy which will ultimately lead to expansion in tax revenue for the government.

Bukhari said that the steel sector’s request should be considered as the federal government, on similar grounds, has already facilitated dealers and sub-dealers of sugar, cement and edible oil by reducing minimum tax rate from 1.5pc to 0.25pc by inserting clause 24(D) of part II of Second Schedule through Finance Act, 2019.

- Advertisement -
Facebook
Twitter
Linkedin
WhatsApp
Email
Previous articleBritain to apply to join Asia-Pacific free trade bloc
Next articleAnalysis: A tulip by another name? ‘Gamestonk’ and the case for investor caution