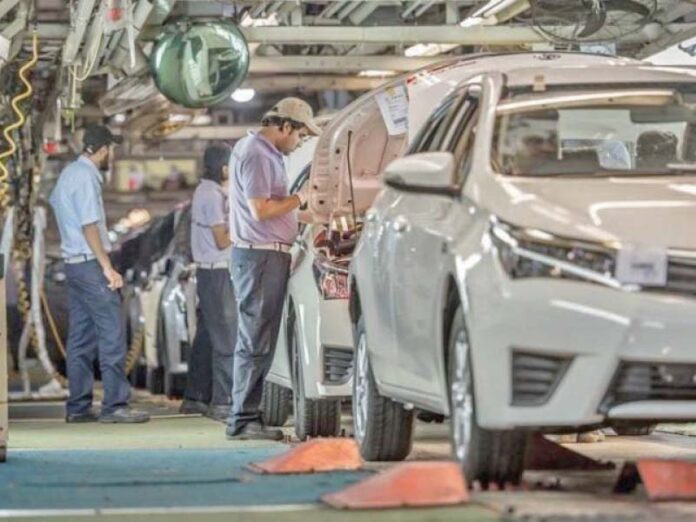 The Board of Directors of Indus Motor Company (IMC) has released the company’s financial results for the half-year ended December 31, 2020.

IMC’s combined sales of Completely Knocked Down (CKD) and Completely Built-up Units (CBU) units increased by 82pc to 26,362 units against 14,453 units sold in the same period last year. The company produced 26,383 vehicles, registering an 81pc increase, as compared to 14,555 units produced in the same period last year. IMC’s market share in the overall market stood at approximately 24.7pc for the half-year ended December 31, 2020.

The increase in turnover and profitability for the half-year period was mainly owing to higher CKD and CBU volumes and increased other income due to improved cash flows. However, cost increases mainly due to rupee devaluation eroded the gross profit margin to 7.55pc against 8.81pc in same period last year.

The company experienced an overwhelming response to Toyota Yaris in the first, as well as second quarter of fiscal year 2020-21, which contributed to volume increase in passenger car segment. Moreover, Fortuner TRD variant was launched in October 2020 which too was well received by customers.

Expressing his views, CEO IMC, Ali Asghar Jamali, stated, “Overall, the automobile industry is clearly bouncing back. The economic upturn following the gloom and despair hovering over the auto industry during the Covid-19 lockdown, owes itself to the Government’s timely decision to ease the lockdown and introduction of favourable policies. Reduction in interest rates has been another factor that led to an increase in auto financing, bolstering consumer confidence.”