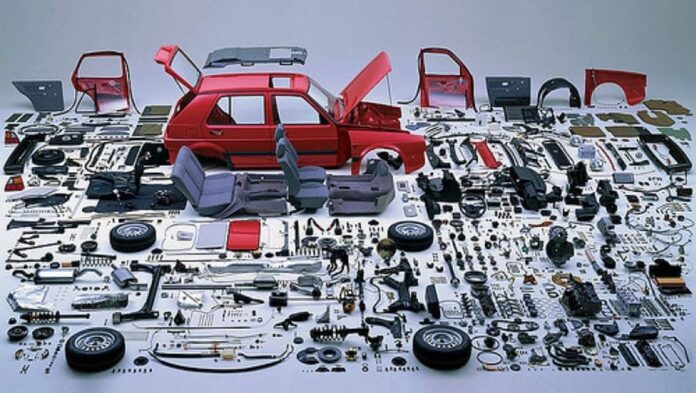 LAHORE: The Pakistan Association of Automotive Parts and Accessories Manufacturers (PAAPAM) has asked the government to give the local vending industry the status of ‘export industry’, as the former is fully capable to bridge the huge gap of ever-rising trade deficit not only through enhancing exports but also by controlling unbridled imports through ‘import deletion’ of industrial replacement parts.

In a letter to Industries and Production Minister Hammad Azhar, the association informed the government that there is a huge possibility of import deletion of industrial replacement parts, in addition to automotive parts, through public-private partnership.

“Through import deletion, we can minimise our dependence on imported goods by using reverse engineering technology in Pakistan under public–private partnership in line with the Chinese model, preventing the rapid outflow of billions of dollars spent on imported merchandize,” said PAAPAM Business Development Committee Chairman Mirza Sikander Baig in the letter.

He observed that the government would have to consider the vending industry at par with the export industry in terms of support and concessions, providing it the same export sector’s incentives of concessional power and gas tariffs along with soft loans on zero interest rate.

“With a view to lessen the import bill of the country, the government, in collaboration with the vending industry, will itself have to take the ownership under a long-term public-private partnership, sharing both cost and obligation for the successful implementation of import deletion plan. For this, the government will have to amend the PPRA rules too, primarily by incorporating new clauses of taking full responsibility and risk sharing under the joint venture with the vendor industry,” he suggested.

Explaining the concept of import deletion, Baig is that in addition to focusing on exports to earn foreign exchange, focus should also be made on local production of such goods which consume the major chunk of the country’s import bill. He said that the manufacturing of such items at local level would ultimately delete these products from Pakistan’s import bill, leading to a significant drop in ever-soaring trade deficit of the country.

Baig said that the major chunk of the country’s import bill consists of engineering goods and machinery parts, as Pakistan imports billions of dollars worth industrial machinery and other spare parts. “If they are produced locally and deleted from the import bill along with increase in exports, the country can achieve the target of trade surplus like the developed countries.”

PAAPAM, having more than 600 SME units and involved in production of automotive parts, can do this by implementing reverse engineering technology, he maintained. “The primary role of this vendor industry is import deletion in line with the government vision and policies. Additionally, PAAPAM members also cater to the needs of the domestic and foreign after market sectors. The collective product range of our vendors is an impressive mix of metal, rubber, plastics (TPR, TPE, PPE etc., etc.) parts.”

Over the years, the vendor industry, besides serving the automotive OEM sector in Pakistan, has acquired the invaluable capabilities of reverse engineering. “This is a great national resource for import deletion when put to use for other sectors in addition to the automotive sector including Defence, Railways, SSGPL, SNGPL, Wapda and OGDC etc,” Baig pointed out. “This may give our members an opportunity to save some valuable foreign exchange for the country and also put their excess capacities to a valuable end.”

Moreover, Pakistan Railways has a long list of critical parts that is on their import list which can easily be replaced by local vending industry saving millions of dollars to the exchequer, the letter read. “Similarly, there would be hundreds of such products which can be indigenized for other public sector bodies, corporations and industries. The problem is that the government shows little interest in these, and normally shelves these products because of bureaucratic red taping.”