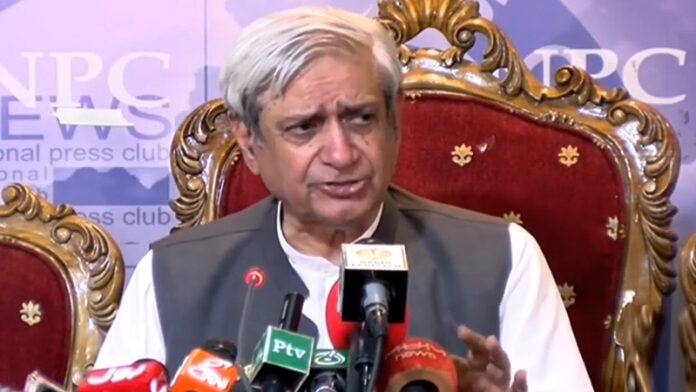 ISLAMABAD: National Food Security and Research Minister Syed Fakhar Imam said on Wednesday that cotton growers would soon be given special incentives by the federal and provincial governments in the form of cotton-specific subsidies.

Imam said this while chairing a meeting regarding the revival of cotton crop in the country. NFS&R Secretary Ghufran Memon, along with agriculture secretaries from all provinces, was also present on the occasion.

The federal minister noted that currently there were three major varieties of cotton seed available in the country. Similarly, about 23,000 tonnes of certified cotton seed was available with a germination percentage of 75pc, as compared to 47pc last year.

“Cotton growers will be given subsides on pesticides for whitefly and pink bollworm, as well as on cotton seed. It will be ensured that the subsidies reach the farmers and do not get lost in the middle,” he added.

In addition, he said, subsidy on tractors, loan markups and fertilizers would also be announced for the farmers’ community in general. He advised against the mixing of cotton varieties “as it lowers the quality of cotton”, and also stressed on reducing the trash content in cotton that can lead to lower profitability.

He further advised district-wise monitoring of cotton growth and said that a total of 6 million bales of cotton were expected to be grown this year.

The Sindh representative informed the meeting that out of 341 cotton gins, only about half were functioning in the province due to declining cotton production. It was suggested by the Sindh agriculture ministry that a sum of Rs3 billion was estimated for the revival of cotton crop in Sindh in terms of research, genetic engineering among other services for the farmers. It was also suggested that a minimum support price should be timely announced as an incentive for farmers.

Meanwhile, Punjab agricultural representative pointed out the need for streamlining the availability of pesticide, seeds and the area-wise identification of varieties at hand.

Likewise, the Khyber Pakhtunkhwa agriculture secretary informed the meeting that DI Khan cultivates cotton but needs incentives for better produce. “Ginning mills should be set up in KP to increase cotton cultivation following the model of sugar mills,” he added.