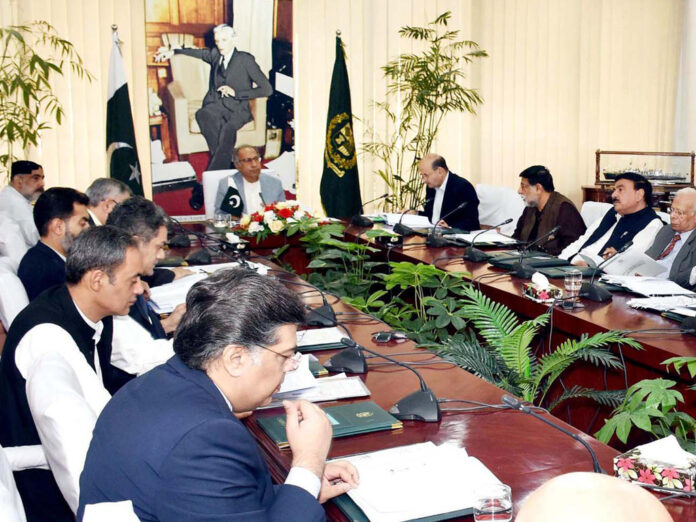 ISLAMABAD: Finance and Revenue Minister Dr Abdul Hafeez Shaikh on Thursday reiterated the necessity to expedite the process of privatisation in the country.

He said this while chairing a meeting of the Cabinet Committee on Privatisation (CCoP).

According to details, the Privatisation Division presented a summary regarding the approval of a reserve price for the privatisation of Services International Hotel, Lahore. The additional secretary briefed the committee that all codal formalities were met during the valuation process.

After due deliberation, the committee approved the reserve price for the sale of Services International Hotel, as recommended by the Privatisation Commission.

Meanwhile, the Privatisation Division presented various proposals regarding award of management contracts for smooth running of DISCOs in compliance with the earlier directive of the CCoP meeting held on 4 January 2021. It was informed that management contracts would improve the service delivery and thu, serve the larger interest of electricity consumers in Pakistan.

In addition, the Privatisation Division also requested the permission to hire a transaction adviser for completing the aforesaid tasks.

After detailed discussions, the committee directed to speed up the process of completion of prior actions pertaining to award of management contracts for DISCOs and present a roadmap with firmed-up proposals within a week, after seeking requisite approval from the Privatisation Commission Board.

The committee also allowed hiring of a transaction adviser as permissible under the rules.

Moreover, the Privatisation Division submitted a compliance report on the implementation status of public sector enterprises (PSEs) in real estate, industries, banking and finance, energy and other sectors which are on active privatisation list.

The committee reiterated the government’s firm commitment to spearheading the privatisation process with transparency and fairness in consultation with stakeholders.

The finance minister said that the time is of the essence in undertaking a well-structured privatisation activity to bring in competitive efficiency, improve service delivery and enhance customer satisfaction. He said that privatisation would diversify sources of income for the government, generate employment opportunities and contribute towards overall economic growth and development.

The minister urged the officials to observe the timelines and carry forward the entire process expeditiously.