Can this Saudi tycoon finally convince the government to waive KE’s problems?

The tycoon visited Pakistan for two days, and tried to remove any impediments for SEP’s proposed acquisition. 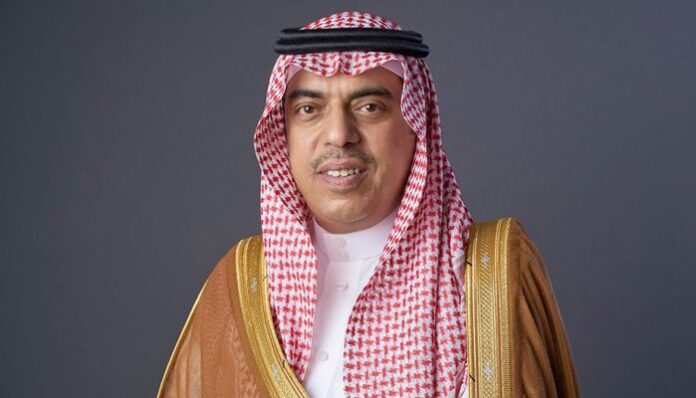 Shanghai Electric Power has wanted to buy K-Electric for years now; that is a well established fact. But who is helping sell KE to them in the first place?

For a while, it seemed like Arif Naqvi, the head of Abraaj Capital, was in charge. After all, Abraaj Group, a Dubai-based private equity, in partnership with Al-Jomaih Group of Saudi Arabia and National Industries Group of Kuwait, holds a total shareholding of 66.4% in K-Electric.

But following his very public and controversial downfall, someone else has to fill his shoes. That someone comes in the form of Saudi billionaire, Sheikh Abdulaziz Hamad Aljomaih – the head of the Al-Jamoaih group. He is now the point person in charge attempting to convince Pakistani leadership to ensure smooth acquisition of 66.4% shares of K-Electric (KE) by a Chinese firm, Shanghai Electric Power (SEP).

Well-informed sources disclosed that despite being a minority shareholder in K-Electric (KE), the tycoon visited Pakistan for two days, and tried to remove any impediments for SEP’s proposed acquisition.

Who is the Sheikh?

Sheikh Abdulaziz Hamad Aljomaih is the managing director-investments of Aljomaih Group, and is principally responsible for all international investments on behalf of the group. He is also the chairman of Arcapita Investment in Bahrain and holds numerous board positions in various portfolio companies of Aljomaih Group. Previously, he served on the board of directors of Etihad, Etisalat in Saudi Arabia and Dana Gas in the UAE.

The connection to KE has persisted for years now. The Aljomaih Group had invested in KE 15 years ago, since its privatisation in 2005. Aljomaih was among the investors in KE that bought the then KESC (Karachi Electric Supply Corporation).

As mentioned before, Abraaj Group, a Dubai-based private equity, in partnership with Al-Jomaih Group of Saudi Arabia and National Industries Group of Kuwait, holds a total shareholding of 66.4% in K-Electric. This three-firm consortium operates in the name of KES Power, which is the parent company of K-Electric. The Government of Pakistan’s shareholding stands at 24.36%.

The Sheikh also served as the first chairman of the KE’s board of directors at that time. He continues to serve on the board of KES Power, the company that holds a controlling stake in KE.

Aljomaih arrived in Pakistan on March 15, and left the country on March 16. Despite the trip’s brevity, the Sheikh managed to pack quite a bit in. During the first day of his visit, Aljomaih met with the who’s who of Pakistani politics: President Arif Alvi, Prime Minister Imran Khan, Finance Minister Dr Hafeez Sheikh, Federal Minister for Privatization Mohammed Mian Soomro, Federal Minister for Energy Omar Ayub Khan and Special Assistant to PM on Petroleum Nadeem Babar.

Then, on his second day, the Sheikh met the who’s who of Sindh:  Governor Sindh Imran Ismail, Provincial Minister for Energy Imtiaz Sheikh, Murtaza Wahab, Adviser to Chief Minister of Sindh on Law, Anti-Corruption Establishment.

The Sheikh was looking for a removal of all ‘impediments’, particularly the issue of receivables and payables in the way of the KE’s transaction.

So what are these so called ‘impediments’? KE has essentially two problems: first, that the non-receipt of KE’s net receivables from various federal and provincial entities for over a decade has pushed the power utility into losses. Second, the delayed payment of price differential claims by NTDC and SSGC.

About the first: KE claims about Rs234 billion against the government and its agencies on a gross payable basis, and expects about Rs80 billion  net payments from the public sector provided all payables and receivables are settled on principal payment basis i.e. if both sides give up mark-up and settle for principal dues.

Second: there is the issue of the Rs275 billion outstanding dues of the National Transmission & Despatch Company (NTDC) and Sui Southern Gas Company(SSGC) claim against KE on account of past electricity and gas supplies. Of this, the SSGC has a claim of Rs125 billion against the KE, which the company maintains had developed over the years despite no formal gas supply agreement. The NTDC management wants clearance of its Rs150 billion before signing the agreement for additional power supply.

Crucially, and what is holding up the entire selling process, is that both companies are reluctant to sign fresh supply agreements with KE unless these dues are cleared.

Though Pakistan LNG Limited (PLL) and KE have signed an agreement for gas supply, the SSGC is reluctant to sign an agreement due to payment dispute issues. According to sources, the company is also concerned about the National Accountability Bureau (NAB) which is already investigating several former heads of the gas company.

Did the visit yield any results?

Sources painted a picture of a dedicated businessman trying to resolve multiple problems at the same time. These primarily included: 1. the acquisition of KE shares by SEP, and 2. The price differential claims and gas sales agreement and power purchase agreement with Sui Southern Gas Company (SSGC) and National Transmission and Despatch Company (NTDC) respectively, which have hindered the acquisition by SEP.

Aljomaih, in his meetings, insisted on the release of KE’s pending payments, removal of hindrances to the signing of fresh agreements for KE’s upcoming 900 MW power plant located at Bin Qasim .

Aljomaih also asked the government to extend support in expediting the process of approvals so that held up tariff differential claims to the tune of around Rs275 billion on principal basis, are released at the earliest.

According to sources, KE’s management is engaged in negotiating with the government to ink an arbitration agreement for settlement of issues, and wants all debts waived. The Sheikh has arrived on KE’s behalf to negotiate favourable terms.

And apparently, it worked. According to sources, Prime Minister Imran Khan assured Saudi business the Sheikh that KE’s debt issues would be expedited, so that SEP can acquire KE. In addition, the agreements are critical to ensure availability of additional power in Karachi’s grid.

A spokesperson of the power division said negotiations are on for sale of KE to SEP, and the  Privatisation Commission has been dealing with it. The spokesperson also said that the Sheikh’s meeting with Omar Ayub Khan, Energy Minister, was brief, but it was discussed that the out-standing issues of KE should be resolved in the best interests of the people of Karachi.

Will the Sheikh finally be the lucky charm that solves KE’s problems? Will the acquisition finally happen? If recent events are to be believed, perhaps it will.