No plan to privatise any PIA asset, NA told 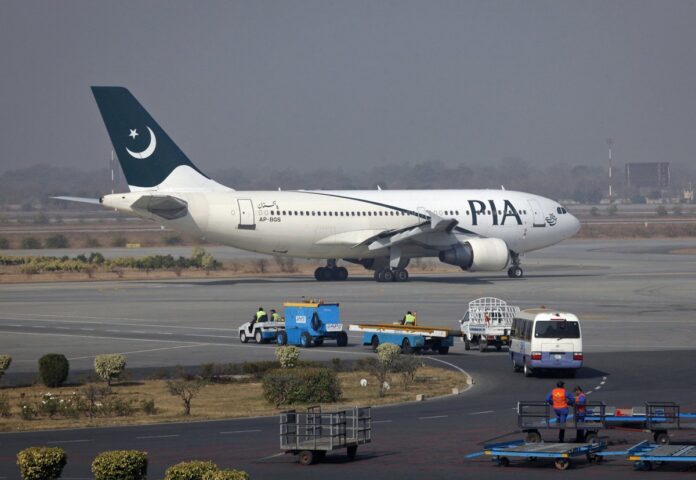 ISLAMABAD: The National Assembly (NA) was informed on Friday that there is no plan to privatise any of the assets of national flag carrier Pakistan International Airlines (PIA).

Minister for Aviation Ghulam Sarwar Khan said this during the question hour while speaking on the floor of the House, which met with Speaker Asad Qaiser in the chair.

Sarwar said that the present government is very keen to make the national flag carrier a self reliant and profitable entity. Efforts are underway to improve the financial health of the airline by reducing its losses through various means, he said. He also said that loss-making routes have been closed and flights on profitable routes have been added which has resulted in a reduction of losses.

Responding to a question, the aviation minister said that 82 pilots were dismissed for acquiring the licences through unfair means. He said that a transparent mechanism has now been evolved to ensure the issuance of licenses in a transparent manner. An agreement to this effect has also been signed with the UK Civil Aviation Authority, he added.

He said that the European Union (EU) aviation safety watchdog had previously decided to retain its ban on PIA from operating in EU member states, expressing its dissatisfaction over the steps taken by the CAA to address licensing and safety concerns. However, recently in March, the EU’s aviation safety watchdog termed safety standards of Pakistan’s CAA as “satisfactory”.

The decision was made following a two-day meeting of the EU’s Aviation Safety Agency (EASA) and CAA officials, in which representatives from Denmark, Italy and Sweden participated via video-link, he said.

The minister for aviation said that Quetta and Dera Ismail Khan airports will be upgraded and that eight new planes will be inducted in the fleet of PIA to further improve its performance.