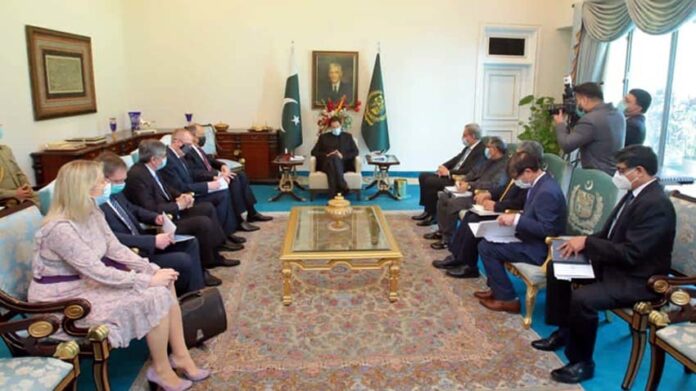 He expressed these views during a meeting with the Russian Federation Foreign Minister Sergey Lavrov, who had called on him to discuss bilateral relations between Pakistan and Russia as well as issues of regional and global importance.

The prime minister fondly recalled his interaction with President Vladimir Putin during the Shanghai Cooperation Organisation (SCO) Summit in Bishkek in June 2019, where he had underscored his desire to take the bilateral relationship to a new level.

He reiterated the importance Pakistan attached to its relations with Russia as a key foreign policy priority.

He expressed satisfaction at the steady growth in bilateral ties, including deepening cooperation in trade, energy, security and defence.

Enhanced bilateral cooperation in the fields of energy, industrial modernisation, railways and aviation was also discussed. It was agreed that the Inter-Governmental Commission (IGC), due to meet in Moscow later this year, would closely pursue specific proposals and projects in this context.

Views were exchanged on the health and economic challenges posed by the Covid-19 pandemic. The prime minister congratulated Russia on its development of the Sputnik-V vaccine and underscored Pakistan’s procurement plans in this regard.

The premier reiterated his invitation to President Putin to visit Pakistan at his earliest convenience.