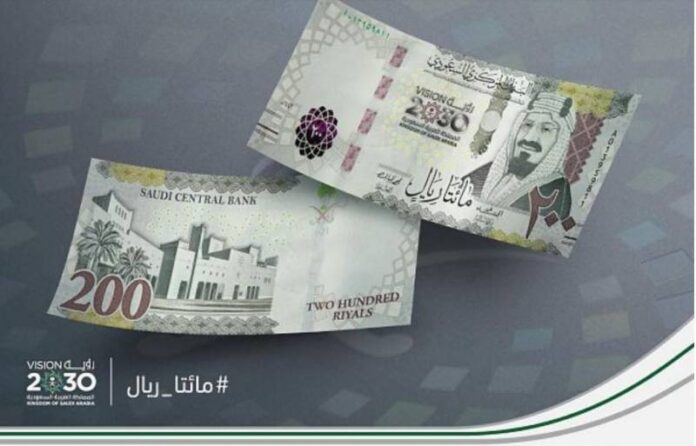 Saudi Arabia’s central bank has introduced a new banknote worth 200 Saudi Riyal. The new banknote was launched on the fifth anniversary of the Kingdom’s Vision 2030.

The banknote came into use across the Kingdom on Sunday, April 25.

The new note is gray in colour and bears the picture of King Abdulaziz Al Saud along with a 3D logo of Vision 2030. On the backside of the note, the picture of Qasr Al-Hukm in Riyadh.The back of the banknote carries an image of “Qasr Al Hukm” in Riyadh City, the Saudi Central Bank name, and the banknote value in the English letters and numbers.

The central bank says all other notes of different denominations will continue to be used as usual.