Despite the less than warm welcome he received from everyone, Dr Abdul Hafeez Sheikh has left the economy better than he found it 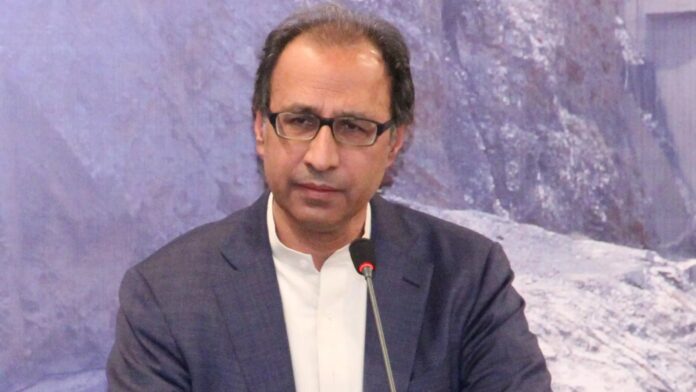 Dr Hafeez Shaikh was villainized during the Senate elections as an economic hitman sent under an elaborate global conspiracy to shove the IMF program down our throats. He was loathed by the big business for taking away their big tax exemptions, and the government machinery was hostile towards him because he refused to divert scarce taxpayers money towards increasing their salaries. Many of his own party members refused to acknowledge him as their own.

Yet, as he leaves office and goes back to a more comfortable life, let us acknowledge that our economy is accelerating at full throttle with key sectors like exports, construction, and automobiles operating at near full capacity. Dollar reserves are over $ 16 billion, with the current account running a surplus from a record deficit of $ 20 billion handed over by the financial geniuses over at the PML-N. All of this was accomplished against the backdrop of the biggest global economic crisis since the Great Depression, with Pakistan outperforming nearly all global and regional economies in 2020.

More than Rs1240 billion of fiscal stimulus and over Rs 1,000 billion in monetary stimulus were injected into the economy despite the dire fiscal situation – with Government Debt hovering around 84% of the GDP. Nearly 15 million households, which means around 45% of Pakistanis, received emergency cash assistance from the government. Nearly 1.6 million jobs were protected from layoffs through the Rozgar scheme. More than 1000 new large construction projects have been registered (worth over Rs350 billion), which will generate new jobs and provide affordable housing to a million households. 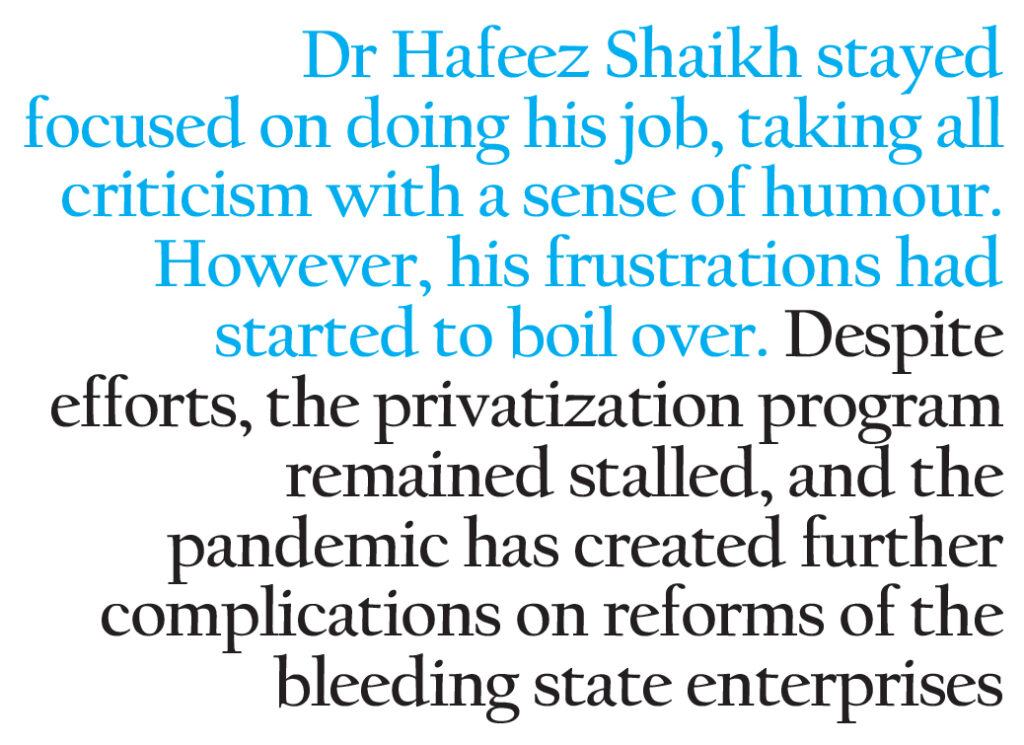 Even before the Covid 19 pandemic, the economy was sent into a downward spiral due to the systematic destruction caused by the DARvid 2013-2018 crisis. When the PML-N government left in 2018, they handed over an economy on the verge of bankruptcy, with power sector losses piling up at record pace and Pakistan on the verge of financial sanctions (FATF sword hanging over our heads). In 2019, the government needed $ 25 billion just to keep the wheels of the economy moving and pay back loans owed to international creditors. However, only $ 2.5 billion cash balance was left behind (SBP Reserves net of forwards and swaps). An estimated $ 30 billion loss was caused to the economy because of loss in exports and record dollar borrowing to finance the ballooning deficits.

Despite all of these challenges, the economy seems to be turning around. The IMF staff forecasts that on the current trajectory GDP growth will accelerate to 4.5%, and inflation to taper down to 6.5% by 2023. More importantly the quality of growth will be significantly better, with lower reliance on imports and more job creation. Consider that during 2008-2013, the economy grew at only 2.8% but created 7 million jobs. Whereas, during 2013-2018 the economy grew 4.7% but only 5.7 million jobs were created (Labor Force Survey, PBS).

Dr Hafeez Shaikh stayed focused on doing his job, taking all criticism with a sense of humour. However, his frustrations had started to boil over. Despite efforts, the privatization program remained stalled, and the pandemic has created further complications on reforms of the bleeding state enterprises. The tax machinery resisted moves for any meaningful change, with focus on marginal gains rather than overhaul of policy and compliance. Capacity payments on power projects signed on by previous governments will rise alarmingly to Rs 1,455 bn by 2023, from Rs 468 bn in 2018 – the main reason power tariffs must be raised by Rs 3.34 per unit to achieve cost recovery, stoking concerns over inflation.

The new Finance Minister Mr Shaukat Tarin will face similar challenges and the same treatment at the hands of the hostile crowds. Prime Minister Imran Khan has tasked Mr Tarin to increase the run rate in the final overs, targeting 6% growth by 2023. The foundations have been laid to accelerate growth, but to achieve this target the government will have to ramp up spending while giving further monetary and fiscal incentives to the private sector.

It is important that the government anchors this growth on sustainable policies. Firstly, tax reforms targeted for 2021 including harmonization of GST under a unified tax rate must be accompanied by a plan to reduce the tax rate to 12% (from 17%). FBR will oppose this tooth and nail as it will force them to get out of their comfort zone and do meaningful work to enhance tax compliance. However, the gains to the economy will be significant as this move will drive down inflation and more money in the pockets of the businesses and households will drive higher growth.

Secondly, the government needs to reduce its cost of borrowing. Banks have a monopoly over government debt and more competition especially from retail consumers will force banks to lend at lower rates. The National Savings program needs to be expanded with focus on leveraging technology and bringing new products, especially long term Islamic saving products. The Government can raise Rs 500 bn of additional funds in the next 2 years by just allowing online sales of NSS products through partner banks and non bank financial institutions. This move will force banks to lower the cost of borrowing for the government.

The author is a banker and over the past two years has worked closely with the Ministry of Finance on financial markets reforms. He is a visiting faculty member at IBA Karachi.

Disclaimer: The views expressed by the authors do not necessarily reflect those of the publication.

Sayem Z. Ali
The writer is part of the visiting faculty at IBA Pakistan and a senior Banker. He can be reached at [email protected]