Which public affairs strategy should tech unicorns use in Pakistan?

Instead of banning apps due to objectionable content, maybe collaborate? 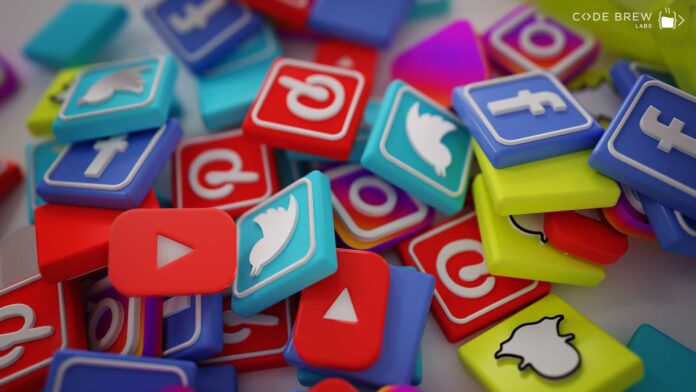 In February 2008, YouTube was blocked by the Pakistan Telecommunication Authority (PTA) for nearly a week after a controversial Dutch firm was uploaded by a user. The ban was lifted once the user-generated content (UGC) was removed from the website, at the request of the Government of Pakistan.

In May 2010, the PTA imposed a ban on 450 websites including Facebook, Flickr, Wikipedia, and YouTube for allowing UGC it deemed objectionable. A news report suggested that the ban resulted in a 25% decline in internet traffic coming from Pakistan at the time.

More recently, the PTA has placed bans on apps such as TikTok in October 2020, then again in March 2021, citing the presence of objectionable UGC in both cases. The Bytedance-owned app along with several others was once again blocked in order to limit the propaganda of the TLP during the April 2021 protests.

The first issue is that since the first ban in 2008, technology companies have had the means – in the form of machine learning – of identifying and flagging advertiser uploaded content in the form of statuses, images, and videos that violate the guidelines created by video search engines and social networks. The second issue is that applying the same publishing controls on its users would recategorize these apps as publishers, thereby being potentially liable for the UGC on their site. The third issue is that these bans get in the way of freedom of speech.

Since 2015, data on Sensor Tower pertaining to Pakistan has consistently ranked UGC-oriented apps across the Apple App Store and Google Play Store as the top downloaded apps in the country. The latest data from the trusted source of enterprise-grade market intelligence in the mobile app ecosystem suggests that in Q1 2021, SnackVideo, Snapchat, TikTok, StarMaker, and Likee were the top UGC apps in the country, and this trend isn’t going away.

Even if the PTA bans all of these apps, copycats will crop up and they will be harvesting user data at an unprecedented scale. If the PTA channeled the national security fears of Trump with regards to TikTok, it would have the same feelings about MX TakaTak, an Indian owned TikTok replica that ranked in the top 25 most downloaded apps in Pakistan every time the PTA blocked access to TikTok, SnackVideo, Bigo, and Likee.

“In my opinion or what I think could be a potential solution would be deploying tools that can identify profiles [and] pages on platforms and monitor them for any political propaganda or hate speech,” said Adeeqa Nazir Lalwani, head of public relations at Digitz. “The world has advanced enough in terms of social listening and managing data for the apps affected to suggest the government to opt for a proper monitoring system instead of leading to untimely bans.”

In speaking with the scarce Chartered Institute of Public Relations (CIPR) certified public affairs experts in Pakistan, Profit was unanimously told that approaching the PTA and the Ministry of Information Technology & Telecommunication (MoITT) as a collective interest group makes the most sense for the technology unicorns that are on the receiving end of app blockages due to UGC. By approaching the PTA and the MoITT with advocacy coalitions and alliances, the foreign technology unicorns can issue joint statements on the same issues, coordinate advocacy work, and even exchange resources & staff.

Conveying a stronger signal of support and providing more political weight, Profit was told that advocacy coalitions and alliances make life easier for policymakers who no longer need to meet each corporate stakeholder separately. The occasional challenge with this approach is agreeing on a unified policy, which can be challenging when one company is distinct.

For instance, in October 2018, Amazon announced that for all its US employees, it would raise the minimum wage to $15, with founder Jeff Bezos challenging competitors to do the same, months later. Appearing altruistic on the surface, the realities made clear in the SEC 10-k filings by the American multinational technology company showed that it has ramped up its use of robotics as a cost-cutting measure that triples efficiencies.

The e-commerce advocacy coalitions that opposed the push by Amazon for all warehouse workers to be paid a $15 minimum wage were doing so due to an inability to match the robotics at the Amazon warehouses, not simply as a cost-cutting measure. Bearing this example in mind, the advocacy coalitions and alliances formed for interfacing with the PTA and MoITT need to represent a united and unified front in order to lobby for a mutually beneficial framework.

The primary stakeholders for this issue are the interior ministry, inclusive of political heads and the bureaucratic framework, including the establishment, and the PTA. The secondary stakeholders are key opinion leaders in the media, think tanks, and policy institutes, including industry leaders and the general public.

“It is imperative to develop a public affairs strategy that aligns with both the primary and secondary stakeholders,” said Asma Rao, CEO of Prizm Public Relations. “What is required is a public affairs cohesive strategy that reinforces a message of precaution, safety and the ability of social media applications to filter/ban/deny the presence of extremist content. Content deemed potentially dangerous for the state by the government of Pakistan. Secondly, the strategy also needs to incorporate the economic losses that the state and its citizens are burdened by with such mass blackouts of social media.”

Rao and several CIPR certified public affairs experts told Profit that technology unicorns need to learn to accept the fact that the process of getting frameworks and policies that they want can and will take years. She said that the foreign technology unicorns will need to engage with multiple representatives from each stakeholder identified, adding that this is necessary to ensure that the campaigning remains consistent even if members from stakeholder groups change.

“After identifying key goals for campaigning and audience segmentation, one can focus on developing a public affairs strategy,” said Rao. “A public affairs strategy needs to be backed by data, facts, and statistics that support key goals outlined by social media companies. Studies on the importance of social media are to be funded and disseminated to the right audiences.”

She said that the advocacy coalitions and alliances need to identify several touchpoints to increase interactions between companies and their stakeholders in order to get their intended message across, adding that all member companies of the advocacy coalition and alliance need to actively & consistently do their part to change to the mindset of stakeholders identified.

“The companies should instantly follow up and request the PTA and MoITT for the development of a roadmap on Over the Top (OTT) services under directives given in Telecom policy 2015,” said Hamza Nizam Kazi, head of legal & corporate affairs at Multinet, with the policy stating that the PTA, in consultation with the federal government and stakeholders, will develop an appropriate regulatory framework to treat VoIP and other OTT services.

Kazi told Profit that the government needs to coordinate directly with parent companies of OTT apps and content delivery networks (CDN) including the foreign-funded app companies whose servers are being hosted here in Pakistan.

“The foreign companies can control the content comprising lunatics, blasphemy, pornography, and such content which is forbidden by the state and against the constitution of Pakistan and the policy directives issued by the government from time to time,” he said. “The OTT and CDN foreign companies must be asked by the government to have a presence in Pakistan, establish an office or a liaison office so that content blocking messages can be effectively communicated to them by the operator.”

He added that with foreign technology unicorns having representative teams and offices in Pakistan, it means they would not only have to comply with Pakistani laws but the tax benefits they may avail may not only create jobs but revenues for the country but also a quid pro quo stance can be taken and their input and contentions can be put in the roadmap and future policies. 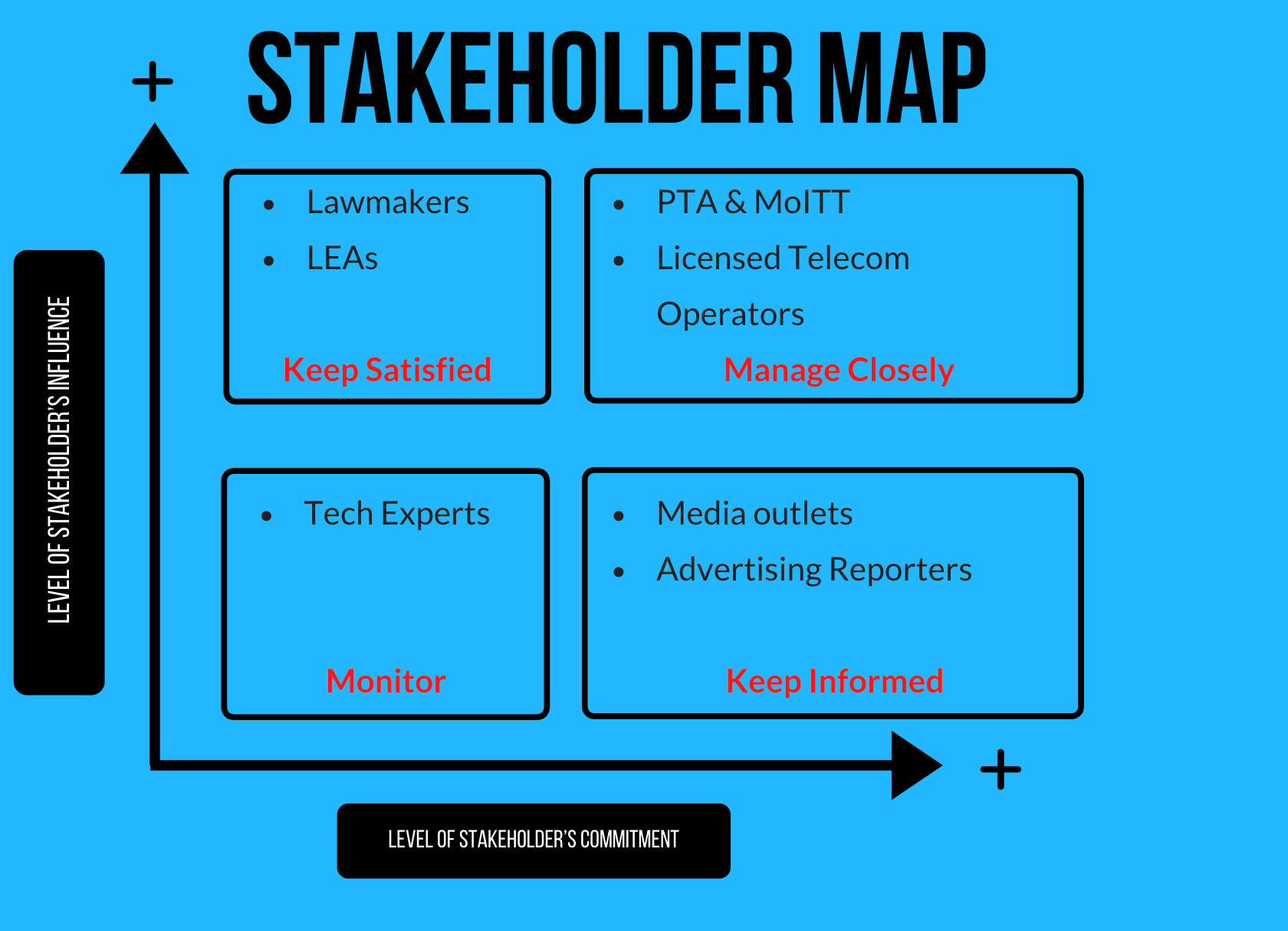 “The foreign advertiser-funded app companies already have a strong public image that needs to be channelized in a manner that is under a framework,’ said Kazi. “The draft roadmap can be shared in line with Telecom Policy in the first instance. This roadmap can have the input of local influencers and decision-makers or in some aspect a collaboration with local companies to develop the framework which all corners of the government agree to or have their input. This would help in issuing a policy directive or legislative changes from the Government that can help the companies to lay the foundation to collaborate on a larger scale with power center legislatures.”