Export oriented sectors to get subsidised power on accrual: Tarin 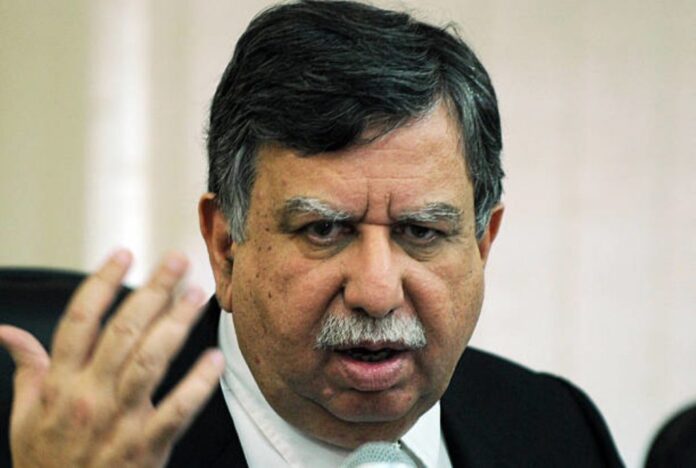 ISLAMABAD: Minister for Finance and Revenue Shaukat Tarin has said that power subsidies for the next budget will be allocated on the basis of actual consumption whereas the government will adopt a more targeted approach for disbursement.

The finance minister said this while chairing a meeting at the Finance Division to discuss new tariffs for the industry as well as export-oriented sectors in the upcoming budget. Minister for Industries and Production Makhdum Khusro Bakhtyar, and Minister for Energy Muhammad Hammad Azhar were also present in the meeting along with Adviser to PM on Commerce, Abdul Razak Dawood.

The meeting discussed different options for concessional tariff, along with their implications on the subsidies, earnings, production and revenue generation.

It was a general consensus that there is a need to generate a database which could establish the nexus between tariffs and progress of export-oriented sectors.

Hammad Azhar pointed towards the scarcity of natural gas in the system, which is cheap, the excess units of electricity available at a higher rate, and to the already decided principle that the domestic users have the first right of use when it comes to natural gas.

It was also acknowledged that the least cost units offered by the government have proved beneficial for the overall productive health of the economy, especially export-oriented sectors.

Shaukat Tarin reiterated his firm commitment for accelerated growth with the willing contribution from the business community.

After discussion with the relevant stakeholders, he also decided that the government’s main objective will be the growth of the export-oriented sector while offering any change or consistency in the rates so that the industry uses its full potential.

Earlier on May 3, Prime Minister (PM) Imran Khan had said the government should prepare a development-oriented budget for the fiscal year 2021-22 (FY22) in which improving GDP growth and tackling inflation would be the main areas of focus.

Meanwhile, in a statement, Shehbaz Sharif said that he would resist getting the budget approved because it is “against the public interest,” adding that he has directed the party’s economic advisory to hold a pre-budget seminar so that the people can understand the reality of the economy.

“Economists will tell the nation the reality of the economy in the pre-budget seminar,” said Shehbaz. “The masses are paying the price of the government’s economic manipulation every day due to inflation.”