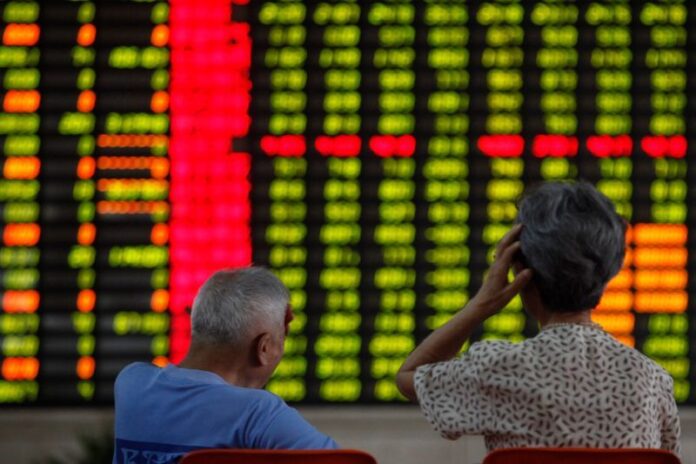 KARACHI: The Pakistan Stock Exchange (PSX) broke its highest volume record set on Wednesday on the very next day after the market recorded all time high volumes of 2,220.06 million shares on Thursday.

A total of 432 companies traded shares in the stock exchange against 423 a day earlier, out of them shares of 173 closed up, shares of 241 closed down while shares of 18 companies remained unchanged.

Among scrips, WTL topped the volumes with 950.1 million shares, followed by HUMNL (172.4 million) and SILK (126.3 million). Stocks that contributed significantly to the volumes include WTL, HUMNL, SILK, BYCO and KEL, which formed 65 percent of total volumes.

The sectors propping up the index were technology & communication with 45 points, investment banks/ investment companies/ securities companies with 23 points, commercial banks with 13 points, cement with 12 points and paper & board with 4 points. The most points added to the index was by TRG which contributed 46 points followed by LUCK with 30 points, HBL with 23 points, DAWH with 17 points and KTML with 8 points.

Analysts at Arif Habib Limited said that MSCI rebalancing created excitement in the market with heavy flows in OGDC, LUCK and TRG which were the key subjects in the changes announced earlier during the month.

Besides, WTL repeated the performance shown on Wednesday being the volume leader consecutively and helping the market realise total trading volumes of 2,220 million shares, the highest ever after posting 1560 million shares on Wednesday.

Since MSCI orders were mostly MoC, the last half an hour caused the index to trade red with a decline of 137 points. Banking sector kept the index green for most part of the session, with particular interest in HBL and UBL, they said.