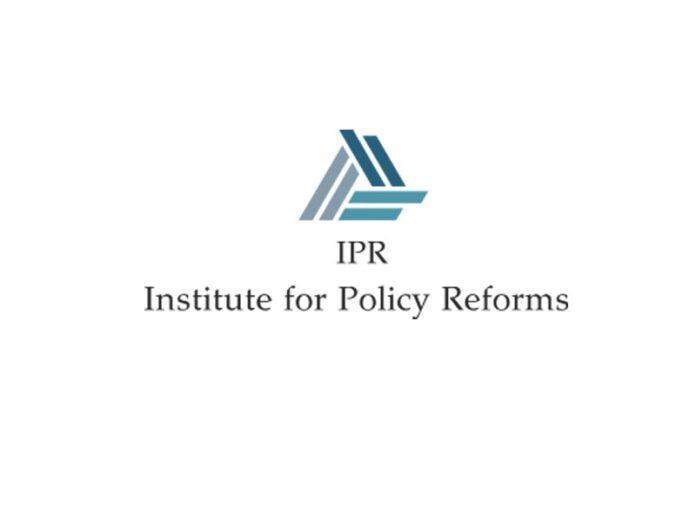 LAHORE: Non-profit policy think tank Institute for Policy Reforms (IPR) Saturday questioned the sensibility of the targets and claims made by the government in the recently announced budget.

“It appears that there is an agreement between the Government of Pakistan (GoP) and the International Monetary Fund (IMF) on the broad parameters of the budget, without which many of the numbers will be up in the air,” the IPR said.

The total outlay of the federal budget, which was announced on Friday, was Rs8,487 billion rupees in which gross federal receipts were estimated at Rs7,909 and net at Rs4,497. The financing gap was Rs3,990 billion, with a net gap of Rs3,420 billion, after accounting for a provincial surplus of Rs570 billion.

Starting off, the IPR stated that three things will determine if the government can stay within its fiscal deficit target of 6.4 per cent of the GDP. “They are whether or not the government realises its revenue target, whether it stays within expenditure estimates, and if provinces provide the large surplus,” the IPR said in a press statement.

The policy think tank underscored that despite an expectation of better enforcement and expansion of the tax net, 20 per cent growth in revenue collection from last year’s estimates seems ambitious, especially given the large number of concessions offered. The FBR revenue must grow by an additional 25 per cent of the actual collection to reach the target of Rs5,829 billion, it said.

“Increase in tax and non-tax revenue will depend on continued economic buoyancy. FY21’s growth rate of 4 per cent or more came from higher consumption demand, not from investment,” said the IPR. “Increased demand will continue this year if growth in remittances are as high as they were in FY21, if there is no cut in PSDP, and Ehsaas payments are as planned,” it added.

The institute, however, warned that a slip in any one of these, especially remittances, could hurt revenues, adding that the 35 per cent increase in petroleum levy offers a cushion, albeit at the cost of citizen welfare.

Regarding expenditure, the budget provides adequate estimates of 18.5 per cent increase in current expenditure and about 40 per cent in PSDP. Yet the demands being placed on the government were very high.

“It is moot if the government of Pakistan will stay within its expenditure estimates if all these demands are met. Either it will breach the fiscal deficit target or reduce PSDP and social security and that would affect GDP growth,” it noted.

The IPR highlighted that more important are the development related targets that the government announced. FY22 GDP growth, for one, must come on top of the current fiscal’s 4 per cent growth.

“That is a challenge. The quality of growth is of equal concern,” it was noted.

The IPR hoped that the GDP growth would result from investment and exports, but expressed doubts about it despite substantial and creditable tax and credit relief. “Last year, such concessions did not convert into investments. If the Special Economic Zones (SEZs) actually begin operation, they will add to production and exports, but in subsequent years,” the IPR noted.

“Moreover, the economy has not made the required investment in infrastructure and human capital to put exports on a sound footing,” it added.

Though the budget attached much hope to increase in IT exports, corresponding investments in training to produce the high number of qualified experts and technicians needed to boost the IT sector were missing. “Nor do we see investment in hardware and connectivity to increase IT access,” the policy institute said.

“Shortfall in growth would affect the government’s plans to extricate more people out of poverty and provide millions of more jobs. It will also dampen progress to the government’s goal of 6 to 7 per cent GDP growth, for adding the two million jobs annually that the economy needs,” it was noted further.

The Institute for Policy Reforms also voiced its concerns over the sizable increase in PSDP that would likely lead to budget cuts. “Secondly, the quality of the PSDP portfolio should be such that it boosts growth,” said the IPR.

“In the past too, the PSDP budget has touched a trillion rupees without much impetus to exports. PSDP portfolio must provide the soft and hard infrastructure that firms need to enhance investment and productivity or else growth will come from one-time spending,” it said.

“Budget making is a professional exercise that calls for a realistic estimate of income and expenditure,” it said. “As a document that is valid for just one year, its importance is enhanced if it is part of a long-term strategy. Without this, the many claims in the budget speech lack force,” the IPR stated.

The non-profit noted that over the years, the budget had become an occasion for self-congratulation that the general public hardly takes notice of. “For them, reality lies in the marketplace. Today’s locked gates of the secretariat and striking workers reflect the chasm between the perceptions inside the secretariat and outside,” the IPR concluded.