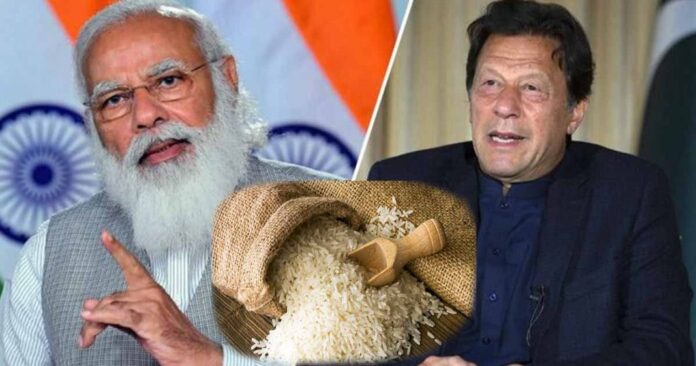 KARACHI/NEW DELHI: Although long-time rivals India and Pakistan are already locked in a slew of land and sea disputes, exporters from both sides have agreed to share ownership of the region’s prized Basmati rice, the best solution to the issue to reach the EU markets.

A geographical indication is a label applied to products with a specific geographical origin that has qualities or reputation essentially based on the natural and human factors of their origin.

Pakistani and Indian exporters, however, believe that joint ownership of Basmati is the only viable solution to the dispute.

“There has to be joint ownership, which is a logical solution to the dispute,” Faizan Ali Ghouri, a Karachi-based rice exporter, told Anadolu Agency.

New Delhi and Islamabad have long been claiming to be the origins of Basmati rice, which is largely produced in both countries. The Punjab province, which was divided into East Punjab (India) and West Punjab (Pakistan) in 1947, is the origin of Basmati rice.

“There is no logic in both countries’ claim for the sole exclusivity. Although its origin is Pakistani Punjab, it is grown in both sides of the border,” Ghouri said, adding: “Therefore, a joint ownership is the only viable solution to the long-standing dispute.”

The EU buyers, he contended, also prefer the joint ownership of the rice as they want to keep both New Delhi and Islamabad on board in terms of commodity exports.

“A joint ownership is in their (EU buyers) own interests for two reasons. First, demand for Basmati has been increasing over the past three years, and second, they want an alternative in case one country’s production is reduced,” he added.

“India and Pakistan are the only two countries, which produce Basmati in the world. Both countries should jointly work together to save heritage and protect the geographical indication regime of the rice,” he told Anadolu Agency.

“Hundreds of thousands of farmers (on both sides) are associated with the production of Basmati. We need to protect their businesses,” he maintained.

In 2006, the EU under its special rules recognised Basmati as a joint product of the two countries.

Vijay Setia, a New Delhi-based exporter, said India has a “healthy” competition with Pakistan vis-a-vis Basmati exports, and has no objection to Islamabad getting its own geographical indication tag.

“Both countries export Basmati rice. India, in its application to the EU, has never stated that it is the only Basmati producer in the world,” he asserted while talking to Anadolu Agency.

“We have always said it is a joint heritage of property of India and Pakistan,” he said. However, Pakistan feels it is lagging behind India, and it will capture the market if Delhi gets approval sooner, he went on to argue.

Muzzamil Chappal, another Karachi-based exporter, said that India did not produce Basmati until 1966.

Basmati seeds, he claimed, had been taken to Indian Punjab from Pakistan somewhere around 1965.

It was 2016-17 when India first time tried to obtain ownership of 1121-type Basmati in the EU, according to Muzzamil.

However, he added, the move was countered after Pakistan filed a similar claim. The second Indian move in 2020 was again foiled by Islamabad’s counter-claim, he added.

“The row is leading to joint ownership, in my opinion,” he maintained.

Nathi Ram Gupta, president of the All India Rice Exporters Association, opined that Pakistan should not have raised any objection to India’s geographical indication claim.

“We would have had the geographical indication tag by now if Pakistan had not objected,” he said.

According to Ghouri, the Pakistani exporter, the Basmati seed 370 was first registered during the British colonial rule in 1933, which acknowledged Kala Shah Kaku town of Pakistan’s Punjab as its origin.

Waris Shah, a Punjabi Sufi (mystic) poet from Jhang district, also mentioned Basmati in his famous poem Heer-Ranjha based on the traditional folk tale of Heer and her lover Ranjha.

“Waris Shah was the first to use the word Basmati in written form,” Ghouri asserted.