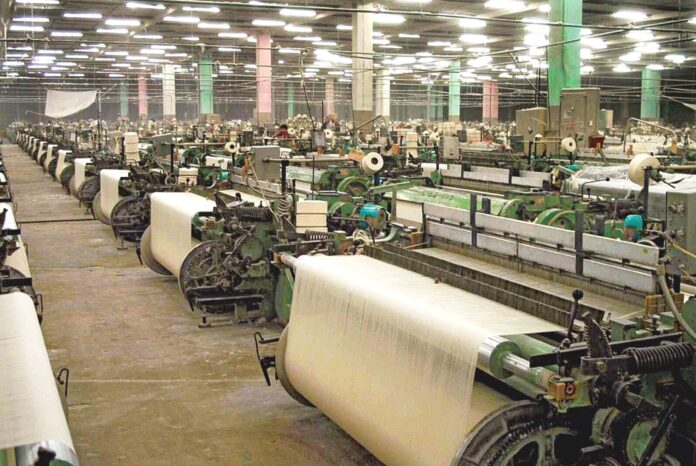 Companies are bound to have bad years – it’s the nature of the game. Perhaps one year production fell, or the economy tanked, or a calamity hit; whatever reason will have to be explained in that year’s directors report. And yet it really takes something for a company to not be able to generate profits for years on end. In the case of Khalid Sairaj Textile Mills, the company has generated a loss consistently for every year since 2007, the earliest year for which publicly available financial data is available.

And yet somehow, KSTM thinks its going to generate a profit in 2022, with increasing returns moving ahead till 2025. In fact, it has laid out a business plan explaining exactly that to the Pakistan Stock Exchange on August 16, 2021. How is KTSM so confident? To understand it helps to know exactly how the mills got to their dismal state in the first place.

Khalid Siraj Textile Mills Limited was incorporated in Pakistan as a public limited company on 17 January 1988 and is quoted on Pakistan Stock Exchange. The principal business of the company was manufacturing and sale of yarn. Its registered office is in Lahore, and its manufacturing facility is in Kasur.

For a while the company did ok. And ok really was the extent of their ambitions it seemed. To be clear, the standard being used here is that the company was able to produce something. Between 2007 and 2010, the company had a net turnover between Rs500 million and Rs700 million. Then, in 2011, net turnover climbed to Rs1.1 billion, the highest it has ever been. In 2012 the net turnover may have fallen to Rs796 million, but in 2013, it climbed to Rs1.08 billion.

Sadly, this did not translate to higher profits. In fact, the company made consecutive losses. Its worst year was in 2009, when it made a loss of Rs95 million – the greatest loss it has ever recorded. The larger sales did not translate to profits at all – just more manageable sized losses.

And then, in 2015, the mills simply gave up. In the annual report for that year, the company itself gave no explanation for what happened, giving a one-line vague reference to ‘depreciation on revalued fixed assets’. The auditor’s note was more illuminating: that the company had accumulated losses of Rs291.9 million at the close of the year ended 30 June 2015, and that its current liabilities exceeded its current assets by Rs88 million.

“The Company is facing an operational and financial crisis and has lost key management without replacements coming in and as a result the commercial operations of the company have ceased. These conditions indicate the existence of material uncertainty which may cast a significant doubt about the company’s ability to continue as a going concern and therefore it may be unable to realize its assets and discharge its liabilities in the normal course of business,” the auditors noted.

That year’s annual report finally spelt out the problem: The existing plant & machinery has become too old, obsolete and inefficient to compete with the latest machinery which is highly cost efficient and more productive. To make matters worse, the textile market was ‘highly depressed under current government policies and uncertain political climate’ which means that sponsors did not want to invest in the company’s BMR plans. Essentially, the company had done so poorly, and the overall sector it was in had also done so miserably, that no one wanted to put in their money. Plus, it didn’t help that the COVID-19 pandemic had halted any thought of investment.

And most worryingly, the Securities and Exchange Commission of Pakistan had authorized the company Registration Office, Lahore to present a petition for winding up of the company.

This would not do. So in April 2021, the company came to a new decision. Instead, it would lease out to ASM Industries Pvt Ltd for three years for a rental amount of Rs2.2 million a month. This would have an annual increment of 10%. Then, it would cut 75% of the monthly rental amount, and use it to pay back the initial investment of Rs22 million which is needed to restore operations of the unit. Then, it decided to pay back its outstanding electricity bill of Rs22 million so that its unit could get power again.

To be clear, this doesn’t really change anything. It simply means that the company can pay off other outstanding liabilities, and pay back bank borrowings. There is still a long way to go before KTSM is able to be a player in the textile industry again. One wonders where the business plan for that is – if at all.