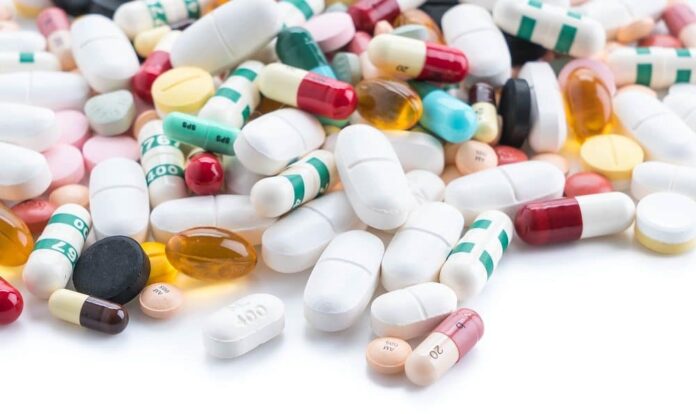 Within the world of fraudulent businesses, what one fraudulent business comes to mind that is the most morally reprehensible yet commonplace? A business practice that makes a lot of money and does unspeakable damage that can scarcely be made sense of. This categorisation is not limited to one or even just a few businesses, but one business that does fall under this description is that of selling counterfeit drugs.

Preying on the sick and helpless, making them pay exorbitant amounts of money only to give them fake or subpar medicine, is truly a low one would hope to never witness. Unfortunately, Pakistan is a country where substandard and counterfeit drugs are sold openly and no one is going to lay a finger on a single hair of the mafia behind the buying and selling of these fake drugs.

According to a survey conducted by Profit, more than 40 percent of medicines sold in Pakistani markets are either counterfeit or substandard. Similarly, 4,000 pharmaceutical companies are registered in the country, while more than 100,000 companies are making and selling drugs without anyone asking. There is not a single government civil or military hospital in the whole country where the ruling classes or government bureaucrats like to get their treatment.

And the problems are not just limited to substandard drugs being sold – even actual drugs can be misused and brought out on the streets. Such as 2012, when the heart medicine ephedrine was misused, and an investigation into whether two drug manufacturing companies in Pakistan turned ephedrine allocations into street drugs garnered international attention. In either kind of case, the issues is that regulation of drugs in Pakistan is abysmal.

People fall prey to new diseases due to faulty and counterfeit medicines every day. Everybody knows and recognizes the traders involved in counterfeit medicines in the markets here, but people turn to the same medical stores for medicines. But the real question is, who allows this and how does it go unattended for so long?

How do substandard drugs reach the markets?

There is a wholesale market for medicines near Shah Alam Market in Lahore and all kinds of medicines are available here even if they are banned at the government level. Naeem Abbas, a wholesaler in the market, informed Profit that there are four categories of drugs available in the market. The first category includes drugs that are of good brands and quality, and the second category is drugs made by unknown brands and companies and the majority of them are substandard drugs. The third category is that of drugs that are completely counterfeit and the fourth is the banned drugs.

The manufacturer pays Rs 5 per packet for the packaging of this medicine. Similarly, when the medicine comes in the market, the wholesaler has to pay a commission of 20 to 30 percent and the cost of transportation will also be incurred. If we look at the total cost of this medicine, then it becomes Rs 20. “Take another example, this time of these drops called Consticare, similar to Skilex,” he explains. “This medicine is used to relieve constipation and there is a huge difference in the price of real and fake medicine. If we talk about Rizek, ​​this medicine is used by more or less every person. This medicine contains omeprazole salt which cures gastrointestinal disorders and most of the gastrointestinal problems.

“The price of this packet of medicine in the wholesale market is RS 430 whereas a similar medicine is also available in the market under the name Renzk, the packaging of which is very similar to the original medicine and its packet is available at RS 30. These are just a few examples of counterfeit medicines being sold in the market for diseases such as heart disease, kidney, liver, stomach, blood pressure, diabetes and cancer. Even life-saving counterfeit medicines are sold openly in the market,” he lamented.

Now, the question arises as to how these counterfeit drugs reach the market, to which Abbas answers by saying that in most parts of the city, the counterfeiters have opened factories secretly manufacturing these drugs. “These factories are not registered anywhere. The owners or employees of these factories come to our wholesale market and offer to sell their counterfeit medicines to many shopkeepers in the lure of higher profits.”

“These drugs are brought to the market in various shoppers and bags. However, such drugs are not displayed in the shops. Because of the small means used for the transportation of these drugs, these drugs reach the market from these unregistered factories without any checking,” he said. Abbas believed that when it comes to the sale of drugs or medicines, the wholesale market sells 40 to 60 million daily, of which 50 percent is counterfeit drugs.

Who is buying these counterfeit drugs?

Clearly the issue here is one of collusion. Wholesalers are producing these medicines, and medical store owners are buying them and selling them to patients. The patients, who are getting the short end of the stick, do not buy these medicines because they are cheap – they still pay what they would pay for the real thing. The reason is that medical store owners allow their greed to get ahead of them and play with people’s lives. However, on the other hand, Abbas also believes that the wholesale market supplies medicines to the whole of Pakistan, so it is not only medical stores that come to this market. “Medical stores, private clinics and private hospitals from every small and big city come to our market to buy counterfeit medicines. Since there are no large medical stores in small cities, these counterfeit medicines are easily sold there, while many quacks and qualified doctors keep these medicines in their clinics and make patients use these medicines and charge the full bill of medicines,” he says.

On the other hand, Dr. Shahida Khawaja, Chief Executive of the National Hospital, strongly criticizes the use and business of substandard and counterfeit medicines. Speaking to Profit, Dr. Khawaja said that in the National hospital, the patient is always prescribed the best medicine.

“In our hospital, only the patient is prescribed the medicine by the consultants and the hospital has no role in this. Our own effort is to keep in our hospital medicines that are either manufactured by multinational companies or medicines from local companies that export their own medicines. We always use medicine in our hospital from a company that has market credibility. We do not use medicines from companies that make new or unknown brands, even if they are cheap. We also try to get our consultants to prescribe the best medicine that will benefit the patient. If the patient does not benefit or does not get good results from substandard medicine, then it will not be the name of the consultant but the name of the hospital. Every private hospital has its own policy but the trade and use of substandard and fake drugs is a disgusting practice that needs to be closely monitored,” she suggested.

“Our company has always provided the best quality medicines in the market. We have problems like fluctuations in the prices of medicines. The Drug Regulatory Authority of Pakistan (DRAP) and the Federal Investigation Agency (FIA) have conducted most operations against counterfeiters. Counterfeit drugs do more harm to a common man than to us because they [common man] are not only healthy but also get sicker,” he said.

What is the stance of the institutions on counterfeit medicines?

A senior FIA official informed Profit that action had been taken against the agency whenever it received any information regarding counterfeit drugs.

“Not only that, but the different teams of the agency also keep taking information from the markets and keep looking for the makers of counterfeit drugs. In the recent past, the FIA has carried out most of the operations against counterfeiters, including sealing medical stores in several cities and nabbing counterfeiters,” he said.

Dr Ghazanfar, a senior DRAP official, informed Profit that there were drug testing labs to check for counterfeit drugs. “There are five drug testing labs in Punjab and similar laboratories in other provinces. Just as there are labs in Quetta, Karachi and Peshawar, so the Federal Drug Testing Laboratory is also testing drugs. Our inspectors at the federal or provincial level keep a close eye on the drugs sold in the market and many operations have been carried out against counterfeit drugs. To test any medicine sold in the market, three samples of the said medicine are taken and one of them is sent to the lab. These samples are taken for medicines of pharmaceutical industries that are registered with the DRAP. If a sample of any drug fails, the industry is given a chance to appeal,” he said explaining the process.

“Sometimes a panel from DRAP even goes and checks where they are making mistakes so that they can be corrected. In addition, a lab is set up at the National Institutes of Health and samples are also sent there upon appeal. If a sample of any medicine fails there, we initiate action and order the company to recall all the distributors to whom it has sent the medicine. When medicine returns, it is counted and remains in DRAP’s custody. Any pharmaceutical company in Pakistan needs to get a license for the manufacture of any medicine. We take full action against counterfeit and substandard drugs sold in the market.”