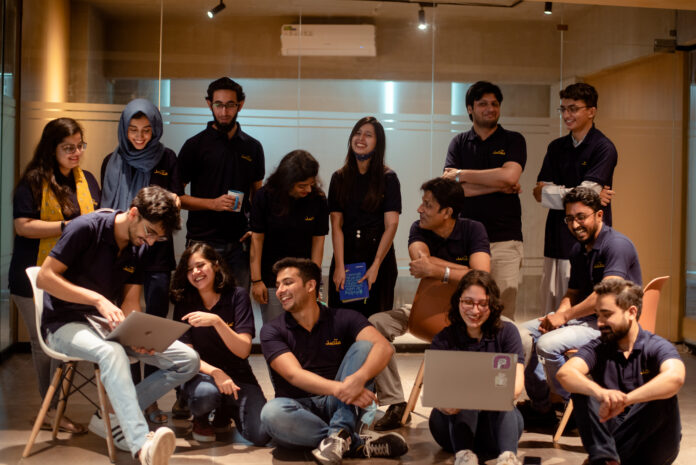 LAHORE: In India, tech entrepreneur Byju Raveendran’s edtech startup, named Byju’s, is raising $1.5 billion at a mammoth valuation of $21 billion. The $21 billion valuation is going to make edtech Byju’s the most valuable startup in India, followed by PayTM, the eCommerce and fintech startup.

It is not a fintech startup, neither an eCommerce or a food delivery startup, but an edtech that is gunning to become the most valuable tech company in India. Byju’s aside, India has three other edtech unicorns namely Unacademy, Eruditus and UpGrad. In Pakistan, however, we only really have a few names in the edtech space that have only sprung up recently and are in the very early stages of their startup journey.

Consumer edtech startups are few and far between in Pakistan while the education system is a trainwreck inside a dumpster fire, with one-third of the children aged 5-16 out of school. For those that are enrolled and getting some education, the student to teacher ratio is 48:1, making it one of the worst in the world. This goes on to show that students in Pakistan are going to be neglected when it comes to getting the personalised attention from the teachers and would need out-of-school support at some time in their schooling life. The Covid-19 pandemic also created a global education crisis, which was more pronounced in developing countries.

The neglected education sector nudged some to think about innovating and introducing technological solutions to fill the gaps and in Pakistan, Maqsad, a pandemic entrant in the edtech space, is one such startup that was launched seven months ago to transform Pakistan’s educational landscape after the pandemic sent schools and off-line academies scrambling. In a recent announcement on Monday, the startup claimed raising $2.1 million in a pre-seed round.

The venture round, which was closed in July this year, was led by US-based and Pakistan-focused Indus Valley Capital led by Aatif Awan, Silicon Valley-based Alter Global and Pakistan’s Fatima Gobi Ventures. According to a statement from the startup, several individual founders from Pakistan and the Middle East also participated in the pre-seed round.

Founded by friends Taha Ahmed and Rooshan Aziz, Maqsad says it is building a mobile-first, one-stop-shop for after-school academic support for 100 million Pakistani students. The platform claims it will deliver high-quality localised academic content that is in a mix of English and Urdu, which will be supplemented by quizzes and other gamified features that will come together to provide a personalised learning experience.

Following a pilot run of the platform, the startup says it is going for the commercial launch of the application in the last quarter of this year.

“Maqsad is an application which is mobile only and the idea is to generate in-house content where everyone is able to learn depending on their learning ability,” says Rooshan Aziz, co-founder at Maqsad.

Essentially an online alternative to off-line coaching academies, the startup is starting with providing intermediate and matriculation students personalised lecture videos that can be watched, following which will be accessible to attempt, making it a one-stop-shop for after-school support for students.

While it is starting with matriculation and intermediate students, Maqsad eventually plans to move towards lower grades as well.

While the startup refused to disclose any information with regards to what the business model is going to look like, Rooshan said that Maqsad was in the process of assessing four different options as to what the revenue stream was going to be like which is going to be finalised towards Q2 of the next year.

On the funding announcement, Aatif Awan, the founder and managing partner of Indus Valley Capital said, “We’ve been looking to invest in a startup transforming education in Pakistan since Indus Valley’s inception. Maqsad founders’ deep understanding of the problem, unique approach to solving it and passion for impact persuaded us quickly that this was the team to partner with.”

“Struggles of students during the early days of the pandemic motivated us to run a pilot. With promising initial traction and user feedback, the potential to digitise the education sector became very clear” says Rooshan, previously a banker at BNP Paribas in London.

Ali Mukhtar, general partner of Fatima Gobi Ventures, said, “Pakistan’s edtech opportunity is one of the largest in the world and we are excited to back Maqsad in delivering tech-powered education that levels access, quality and cost across Pakistan’s youth and creates lasting social change”

“It’s about more than just getting students to pass their exams. We want to start a revolution in the way Pakistani students learn, moving beyond rote memorization to a place of real comprehension” Taha said, co-founder at Maqsad and formerly a strategy consultant for LEK in London.

Maqsad’s closest competitor in the edtech category is EdKasa, also a mobile-first digital learning platform that helps students prepare for exams, which is also targeting the intermediate and matriculation students. EdKasa announced raising $320,000 in a pre-seed round in April this year.

LAHORE: Telecard Limited Wednesday announced that it had successfully restructured a loan amount, which was Rs736.2 million till March 31, 2021, as it heads...
Read more
TECH

A story of ego, malice, and two companies so bent on fighting the other, they do not care what it costs them
Read more
TECH

LAHORE: InfoTech Group, one of the oldest technology companies in Pakistan, plans to raise Rs2 billion through an initial public offering (IPO) on the...
Read more
- Advertisement -