Will the SBP continue to be strung along by “greedy” banks?

Banks will do what’s best for their profits. Shouldn’t the government and SBP be more prudent? 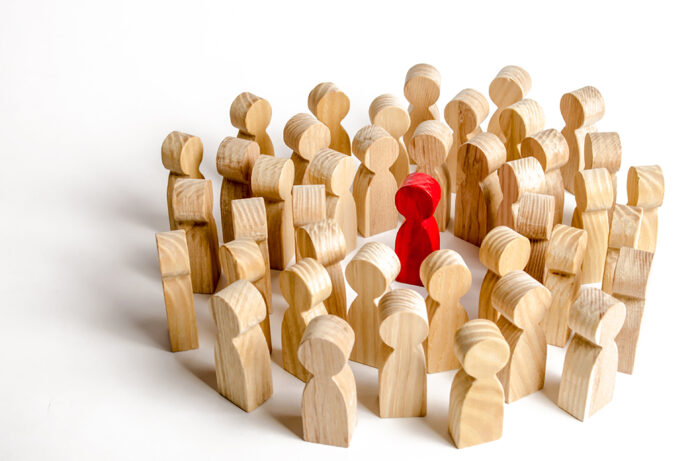 Of all the crazy things to hope or expect, wanting banks to not be greedy is up there. Corporations exist to make money, and banks are more serious about this than most sectors. And why wouldn’t they be? They’re entrusted with money from individuals and a lot of people depend on them for their good business sense. It is their job to make money and thus their job to be greedy. For banks, greed is good. Expecting them not to be greedy is expecting them to go against their innate nature and also be bad at their job. Like expecting a great white shark to go vegan. For some reason the ministry of finance wants to reprimand banks for being greedy.

On Thursday, the Finance minister went live on ‘Dunya Kamran Khan k Saath’ to talk about the money market and the macroeconomy in general. When talking about the debt market, Kamran Khan asks, “The banks have blackmailed (the government). Why is the state quiet?” To which Finance Minister, Shuakat Tarin who is an ex banker himself responds, “We are speaking to the banks tomorrow. We’re going to explain to them that they shouldn’t do such antics.”

The antics the minister is referring to is that the banks often wait for a greater rate hike to invest in t-bills. Of course, what seem like antics to the government and the finance minister aren’t antics to the banks. For them, this is a prudent and very much legal tactic that they can use to make money – which is what they are there for in the first place. Think about it, if you’re in the business of making money off lending, wouldn’t you rather wait for when the policy rate goes up to invest in t-bills? Why invest now when the yields are low?

The monetary policy meeting is scheduled for Tuesday. The market anticipates at least a 100 bps policy rate hike. A look at the yield curve also endorses the fact that the policy rate needs to be higher. In fact, the market is now operating at 11% which is 225 bps higher than the present policy rate.

However, the market can anticipate and move however it wants, the decision ultimately lies in the hands of the SBP. In an earlier conducted exclusive interview with Profit, Dr Baqir had said that “central banks don’t have crystal balls and sometimes developments do take place, which may be a little bit more than not anticipated in those circumstances.” Before the previous MPS decision, the market had anticipated at least a 100bps policy rate hike. In order to beat the market, or in other words, lead the market instead of follow the lead, the SBP went 50 bps over the expectations.

Baqir said, “If the rate increases too much, well above the hundred basis points that the markets were expecting, then that may be counterproductive, because it may signal something that we don’t want to signal.  It may signal that the concerns about developments are actually very pronounced, which is not really the case. So the discussion in the MPC was to strike the right balance. And in the view of the MPC, 50 basis points more than what the market anticipated was considered to be striking the right balance in these considerations.”

However, in light of recent events, it seems like the SBP is being pulled along by the banks. The ministry of Finance does not seem too happy about this.  “If we wanted we could have canceled OMO operations. When the Ministry of Finance wont take up credit, the SBP picks up money from the market through OMOs. If OMOs don’t happen, banks won’t get interest on their money lying idle.”

However, what is interesting is that the banks are net borrowers in OMO. If the government wants to punish the banks by forgoing OMO, bank’s won’t have money to invest in government paper. More importantly, SBP controls OMO and not the government. If Tarin is making such statements it also puts the autonomy of the SBP into question.

On November 18, right before the scheduled MPC meeting, the Tbill auction saw 6 month bids rejected at 10.2%. A similar amount was then raised later which was accepted. The government is now paying 1.2% more interest, i.e. Rs 666 million more to commercial banks. Did they expect banks to be thankful and ignore their greed to get over the “benevolence”?

So how are banks bullying the regulator and government?

By wanting to make money through legitimate means. Yes, you read that right. Basically after the 150 bps policy rate hike in a preponed monetary policy meeting, the next t bill auction on December 1 witnessed the yield move up 3 percent to 11.5% from the previous cut off yield.

The 3 month treasury bill is 200 bps higher than the policy rate. In the T-bill auction on Dec 1, 2021, the government raised over Rs500bn at a much higher rate than their previous auction where the government accepted much lower bids.

We expect the SBP to increase policy rate by 100-150bps in upcoming monetary policy on Dec 14, 2021. We also expect SBP to revise upwards its inflation and current account estimates, says Topline Securities. Topline Research conducted a poll of key financial market participants on expectations over MPS.

Keeping the market aggression in mind, analysts expect the SBP to follow and pick up on their drift. This is why all eyes are now on the SBP and the move it is to make. Is it going to be aggressive to beat the market again, or is it going to continue with the intended accommodative stance plan it had set out to do?

In the case of the former, it makes one wonder whether it should be that easy to string the regulator along. In the case of the latter one wonders whether the SBP should show flexibility in its policy making. However, a hostage State Bank is good for no one.