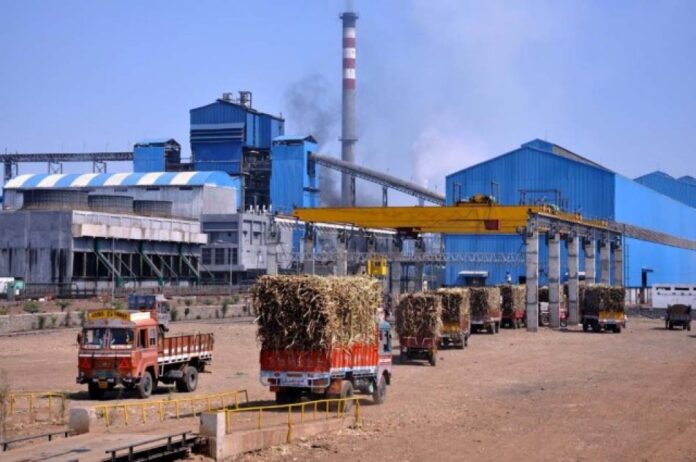 ISLAMABAD: In a move to deregulate the sugar industry, considered as one of the most profitable businesses in the country, especially for politicians who own almost 50 per cent of the business, various amendments in rules and a number of steps have been proposed by the government.

As per the Sugar Sector Reform Committee’s draft proposal, discussed in the federal cabinet’s meeting on Tuesday, the government would not have any role in fixing the price of sugar.

Details show that for abolishing the government’s role of fixing indicative sugarcane prices and ex-factory sugar prices by crushing season 2023, the committee has proposed amendments in Sugar Factories Control Act 1950. However, 2-3 years’ time would be given to farmers to make adjustments.

As pricing of sugarcane should be according to the sucrose content, provincial governments would provide latest lab equipment to cane commissioners for testing sucrose content and implementation of new pricing mechanism.

As per the draft, there will be no ban on import of sugar. For exporting the commodity, stocks of sugar will be monitored for any decision of export. Exports will be considered only if there is an excess amount of 1.5MT over the domestic consumption requirement. Unlike the government’s previous decision to subsidise sugar exports, the committee proposes that the government will not provide any export subsidy.

However, in case of imports, the government may provide incentives to set up sugar refineries at Bin Qasim to process imported raw sugar.

Likewise in another important move, the government has tried to bind millers for crushing sugarcane within the timelines. In this regard, through amendments the in Factories Control Act 1950, the provincial government would fix a crushing date and millers would be penalised in case they fail to comply. The penalties of Rs5 million and 12 months imprisonment have been proposed for those violating the timeline.

Under the deregulation program the government has proposed provision of low cost financing for farmers for purchase of inputs. For the same the Ministry of Finance and State Bank of Pakistan would devise a plan.

As per the proposals, the Ministry of Food Security and Research in coordination with provinces would accomplish a study required to review relative importance of crops for Pakistan viz-a-viz area under cultivation to enable the government to devise required interventions.

During the last three years, the federal and provincial governments have done considerable work under the CPEC umbrella for mapping of agriculture zones in the country. Punjab, KPK and Balochistan have developed their ecological zones.

Besides, SUPARCO and provincial crop reporting departments need to collaborate and employ modern techniques to report accurate data about sugarcane crop production to the federal government.

The committee has also proposed that by abolishing Sugar Factories Establishment and Enlargement Act, 1966, by the provinces, there should be free choice of area for crop cultivation for farmers as well as for private sector for setting up sugar mills

In order to discourage and stop hoarding the provincial governments have been asked to strictly implement registration of godowns Act. For curbing the mismanagement of pledged stocks by mill owners, the SBP would issue advisory to commercial banks to inspect the pledged stock and verify their presence with the collaboration of FBR and cane commissioners.

To ensure the real cost of the commodity while avoiding cartelization in the sugar industry, the committee has also proposed amendments in Companies Act 2017 and Competition Act 2010. The rules would also ensure deterrence.

Keeping in view that the associations are generally the frontrunners of the cartels, Section 38 of Competition Act 2010 may be amended suitably, adding a maximum penalty of Rs75 trillion for violations by the associations. The penalty may be enhanced as a certain percentage of the combined turnover of the member undertakings.

Besides, leniency for insiders who are ready to be whistle-blowers may be incentivised. For this purpose, protection under law immunity from any criminal prosecution may be considered. Competition Appellate Tribunal (CAT) needs to be revived and made fully functional with regular members. This will end delays in decisions under the competition law.

Moreover, the proposals state there should be no zoning of sugar crops and the government needs to provide incentives to the crops that are earners of foreign exchange (e.g cotton). Provincial governments in this regard would abolish the legislation regarding zoning of the crop leaving the choice of what to grow to farmers and market forces.

Earlier while briefing about the cabinet meeting, Minister of Information Fawad Chaudhry has informed that the Sugar Sector Reform Committee report which contains several proposals, including its deregulation to minimise the government’s role in price-fixing, would be released and available for public debate before any final decision is taken.