The year that was: The highs and lows of the stock market 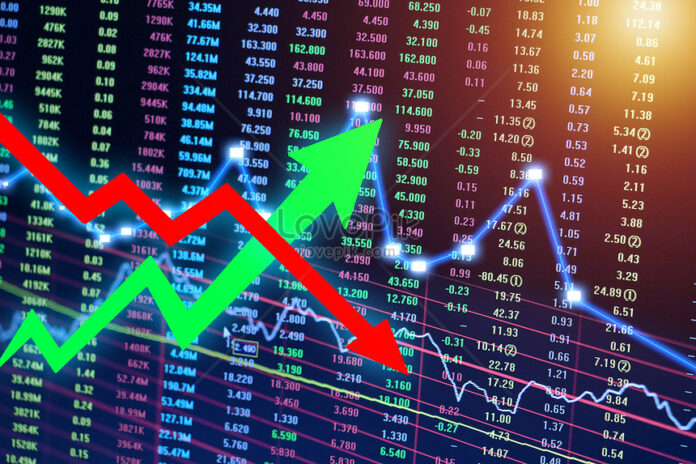 While the stock market might not be (debatable, I think it isn’t) an accurate indicator of the economy, it is an important metric to look at when talking about the financial world and its performance. Off to a good start, the PSX opened on January 1, 2021 at 44,434.80 points and gained due to the reopening of global economies and a slowdown in COVID infection ratios for the country.

However, with recurring Covid-19 waves, pressure on the external account, rising inflation, and downgrading in the MSCI list, the market witnessed a downward turn. With another round of monetary tightening underway, the PSX witnessed some withdrawals into fixed return assets amidst this higher interest rate environment.

This year, tech was a sector gainer up 904 points, followed by commercial banks with a positive 870 points. Systems limited was a winner this year with a positive contribution of 810 points making 90% of the contribution in the Tech sector. Cement, Oil & Gas Marketing Companies, and Refineries didn’t perform that well on the PSX, negatively contributing with 505 points, 362 points, and 353 points respectively.

Just a reminder for all those that have forgotten, On the 26th of May, the Pakistan Stock Exchange (PSX) saw an all-time high daily trading volume. As usual, government ministers were quick to jump on the news to try and portray the big day at the stock exchange as an indicator for the economy. Federal Minister for Planning and Development, Asad Umar, attributed the development to the market reacting to signs of sustained economic recovery. Other government ministers and spokespersons joined in on the fanfare.

The traded volume clocked in at 1,560 million shares in today’s session, which is the highest ever in the history of the PSX, exceeding the previous record by a massive 39%. Carrying the lion’s share of gains for the investors was Worldcall Telecom Limited (WTL), which added volumes of 707 million shares to the overall trading activity — almost half of the total intraday volume, while achieving a steep gain of 41.23pc in its share price. This was all backed on an acquisition attempt which ultimately ended up turning into an alleged pump and dump. This is just an example of how volumes and indices can be misleading.

Throughout the year, 8 equity IPO transactions were witnessed. The very fact that the PSX managed to raise capital during a pandemic is something to celebrate especially considering the depth in the market and the investor base.

An IPO is the first time a company is able to sell securities to the public. IPOs are called Primary Markets. Their purpose is to bridge companies that need funds with investors. Now, there are different things that you can sell through an IPO. What we have been talking about up until now is selling equity in the company in the form of shares. However, you can also sell quasi equity as well as debt using an IPO.

If we dive deep, out of the 8 transactions, 6 new listings were on the main board while the remaining 2 were on the newly introduced GEM board. The six listings are Panther Tyres, Service Global Footwear, Citi Pharma Limited, Pakistan Aluminum Beverage Cans Limited, Airlink, and Octopus Digital Limited. The two Gem board listings include Universal Network Systems Limited and Pak Ago Packaging Limited. Combined, all six managed to raise equity worth Rs 19.92 billion during the calander year.

The GEM Board is reserved for “growth companies” carrying higher investment and liquidity risks than mature companies listed on the main board of the exchange.

Moreover, 16 companies issued right shares during the year which resulted in Rs 12.1 billion in capital being raised. Businesses weren’t too keen on raising capital considering cheaper credit and finance that was available in the form of TERF by the SBP.

Potential in the market?

While we’ve talked about this in detail on how oversubscription is a result of too much regulation, it is also a proxy that one can use to determine how excited the market is about a company that they believe in. Let’s take the case of Octopus. the IPO was oversubscribed 27 times by the end of the two day process. The company received offers of over 745.6 million shares against its offer of 27.35 million at the initial price of Rs 29 per share. To put this in perspective, the IPO was fully subscribed within the first half hour on the first day. This shows how hungry the market is for successful tech companies.

That being said, 2022 might not be a massive year for capital raising considering the estimated equity that will be raised is Rs 14-15 billion as per AHL Research. They expect this to be raised through 8-10 new IPOs in the automobile assemblers, pharma, chemicals, textiles, and construction and materials sectors.