The ‘new economy’ could mean a lot of changes (and money) for Pakistan. If they get the right environment 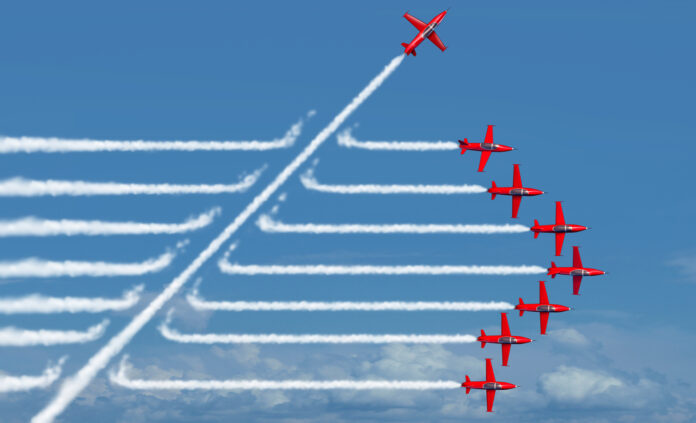 Seismic technological shifts have historically brought about political upheaval in the world. The emergence of modern nation states and modern capitalism, for example, would not have been possible without the industrial revolution. As the first quarter of the twenty-first century draws to a close, modern civilization is facing another seismic technological shift where software is eating the world. This then begs the question: will the challenges of the twenty-first century be met by systems of governance built in the twentieth century and informed by philosophies of the nineteenth century?

This question is even more important for countries like Pakistan that, burdened by the extractive legacy of colonial institutions, are unable to fulfill the ambitions and aspirations of a globally connected youth. At surface level these developments may look like a threat, especially to status quo beneficiaries, but they represent a unique opportunity for the country to leapfrog ahead and break free from the tyranny of the past.

In today’s digital-first world, wealth is being created by innovators capable of making software that disrupts the old economy. Apple is valued at $3 trillion not because of the phones it makes but because of the walled garden that it has created. This walled garden is built on best-in-class software that powers everything an Apple customer wants, from entertainment to cloud storage to advanced video editing software needed to influence people on social media. Tesla is valued more than many automakers combined not because of the number of cars it sells but because of the technological edge it has over its rivals – the company’s battery technology, powered by software that updates cars in ways Apple updates its iPhones, gives it a massive edge. And unlike twentieth century behemoths like General Electric and Ford, technology giants like Google, Facebook, and Alibaba employ a fraction of the people to generate an astounding amount of wealth for their shareholders.

This means that old economy Pakistani businesses would have to export a lot of socks and bedsheets to generate even a fraction of the wealth new economy Pakistani entrepreneurs can create for the country. But to do this, Pakistani talent needs the right skills and tools to create globally competitive technology-first businesses while sitting in Multan, Peshawar, and Karachi. This is especially true for talent that is skilled to compete and thrive in the emerging Web3 ecosystem powered by blockchain and crypto-assets. This talent can earn, regardless of location, hundreds of thousands of dollars a year from the comfort of their home and accumulate a stake in tomorrow’s multi-trillion-dollar networks.

But like the industrial revolution, today’s technology revolution will also upend status quo models of governance. Trust in institutions and systems of governance is declining all over the world, including the world’s oldest democracy. A new generation of citizens, inheriting back-breaking levels of debt, climate change, and record inequality do not believe that old men occupying high office have the answer. This new generation is harnessing technology to disrupt media, finance, and education: the rapid global adoption of crypto, growth of Discord communities, and the ability to code for unicorns without formal degrees are all evidence that gatekeepers are not only needed but are also not welcome.

The response from the status quo is predictable: the initial reaction is to ignore these trends, followed by rash dismissal, and concluding with panic over how a “privileged and soft” youth is not ready to live in the real world. But eventually this rising tide of discontent and disruption turns into a flood, wiping away the old and giving birth to the new.

The second quarter of this century will experience this flood. But the question is: will Pakistan learn to live and thrive in this new world or risk upheaval that will lead its citizens to miss one of the most profound revolutions in human history?

The current trends do not inspire confidence. After all, a country ruled by a cabal of cronies extracting wealth for personal gain, where 25 percent of youth is illiterate, and which is facing an ongoing climate catastrophe, simply has too much going against it. But history shows us that leaders in a new world often emerge from places that have been devastated in the past: the United States, for example, emerged as a global superpower in the decades after a devastating Civil War that culminated in 1865.

To fulfill their potential, the tens of millions of young Pakistanis must look within themselves. Only they can fully understand and ride the tidal wave of disruption. Only they can imagine the possibilities of a new economy where software eats away the old order. And only they can imagine a mode of governance where innovation and hard work, not proximity to the corridors of power, brings success.

But to make this a reality, Pakistan’s youth must stop believing in the ability of boomers to reform the system that has destroyed so much. To create a better, more equitable and wealthier Pakistan, the youth must first embrace itself.