Like all good things must come to an end, sales tax has been imposed on solar panels 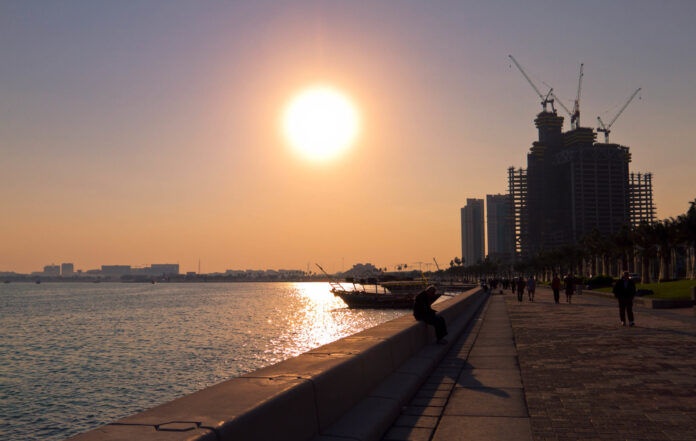 The future is zero carbon, whether that be through reduced reliance on fossil fuels, increasing reliance on nuclear, or through extracting energy from the ever abundant radiation provided by the sun with a fuel cost equivalent to zero.  Climate change is real, but promises to reduce carbon emissions are hollow. A glimpse of similar hollow promises was evident when the government recently imposed a sales tax on solar panels, essentially discouraging investment in the same by making it more expensive.

Driving through the length and breadth of the country, one can see solar panels peppered all over the place, whether it be to operate a tube well, or to operate a small shop in a rural setting with no access to the electric grid.  Solar panels have electrified the country when the bloated and inefficient electricity distribution infrastructure had failed.  Areas where load shedding used to extend for a dozen hours at stretch now rely on the sun for their energy needs.

Even in the most economically backward areas of the country, solar makes up a significant chunk of energy usage.  It is estimated that across all households, 20 percent of rural households rely on solar for their energy needs, with the number going as high as 80 percent for certain districts of KPK.  Solar is not a typical urban core phenomenon as often thought, its multiplier effect resonates far and wide across the country.

The capital cost for setting up a facility to generate electricity from solar is less than one-third of what it was in 2010. If the levelized cost of energy generated via solar was 35 cents in 2010 (in 2019 US$ terms), it is now less than 6 cents.  In a span of 11 years, levelized cost has not only reduced substantially but is also lower than competing fossil fuels. A decline in cost has spurred greater adoption driven by market fundamentals rather than any subsidies or rents.  In Pakistan, the cost per unit of electricity generated via solar is much lower than the cost of acquisition of the same unit via the grid.

Instead of paying for inefficiencies of the state through extortionate tariffs, consumers now have the option to harvest the energy of the sun and become self-sufficient.  If a consumer can self generate electricity at PKR 9 per unit, why would they bother paying PKR 23+ per unit from the grid, for energy which has substantial environmental externalities.

Like all good things must come to an end, sales tax has been imposed on solar panels, which will make them more expensive.  In PKR terms they had already gotten expensive due to depreciation of PKR, but additional taxes would be a cherry on top.  A product which reduces consumer’s cost of energy, while having no adverse effect on the environment has been made more expensive to meet arbitrary and myopic revenue targets regardless of potential positive externalities.  A tax policy which is myopic in nature and is not grounded in sound economic policy loses sight of the forest for the trees, where myopic revenue objectives supersede consumer welfare and expansion of economic pie over the mid to long term.

The future is not only zero carbon, but the future is also decentralized, with electrons traded in a competitive market through which it would be possible for a consumer to reduce cost, while producers would be incentivized to keep costs low, and bring about more efficiency to stay alive in a competitive market.  For such a competitive market to exist, it remains essential that consumers are also allowed to become producers through elimination of barriers of entry, such that a two-way exchange of electrons and money can determine an equilibrium price.  Currently, electricity price is set in a highly authoritative manner through a long-winded top-down approach, while distribution companies continue to ramp up losses, making the consumer pay for their inefficiency.

The recent tax acts as a signal.  A signal pointing towards a direction where a competitive market may not materialize, while the state continues to micromanage prices, picks winners (power plants & distribution companies), and losers (consumers), while distorting incentives and efficient allocation of capital in the process.

If Pakistan is serious about its climate commitments, an accelerated approach towards adoption of renewables needs to be a high priority, and among the option set available for renewables, solar is the most modular and decentralized option.  Pakistan’s energy value chain is already plagued by operational and financial inefficiencies – burdening the consumer more through arbitrary taxes will not only reduce consumer welfare but also prop up negative externalities.