Before using those words frivolously, it is a good idea to look at those countries that are actually passing through a financial crisis and what really got them there 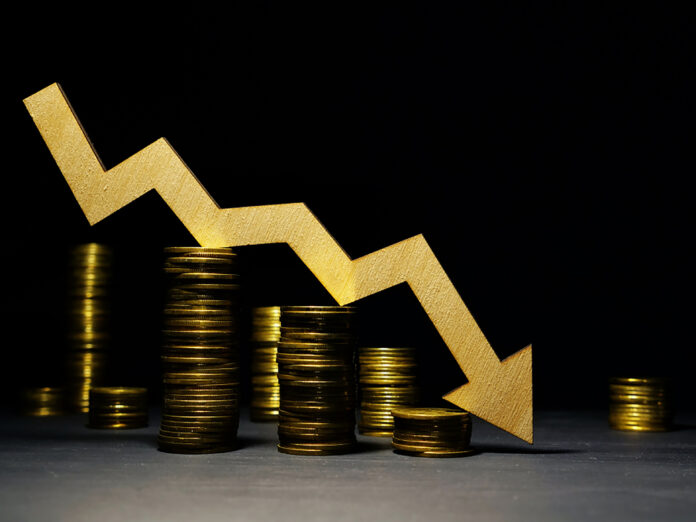 Kazakhstan is currently engulfed in the worst street protests the country has seen in its short life of three decades. Government buildings have been burned down, protestors killed and injured, the government dismissed, a state of emergency declared, and the Russians coming in to help. To think, all this happened because of a sharp rise in petroleum prices.

On January 2, 2021 protests began in Zhanaozen, an oil town in Kazakhstan, when the government lifted its cap on prices of liquefied petroleum gas (LPG). This was a step in the gradual phasing out of subsidies on fuel in the country along with a shift to electronic trading of LPG.

The reason for removing the subsidies was that structural issues had emerged due to it where most of the fuel produced was exported instead of being supplied domestically. As a result, a resource rich country such as Kazakhstan faces shortage of butane and propane. This prompted the government to move towards liberalization of fuel prices so that the market would sort things out and more fuel would be diverted to the domestic market resulting in no domestic shortages.

However, the liberalization didn’t work out as planned with prices of LPG shooting up to twice their price within a day of the subsidies ending. It is important to know that on the backdrop, the country was battling an inflation rate of nearly 9 percent. Adding to this is the fact that 1 million Kazakh people out of a total of 19 million live below the poverty line.

Protestors took over the streets demanding the price cap to be reinstated and the government to pack their bags and go home. What began in just a region spread throughout the whole country. Things got worse as resentment towards the former leader Nursultan Nazarbayev escalated after he renamed the new capital after himself. Nazarbayev was replaced by Kazakh President Kassym-Jomart Tokayev, allegedly handpicked by Nazarbayev himself through a heavily doctored election. While protesting, you could hear individuals chanting Nazarbayev’s name in anger.

While the surge in fuel prices prompted the protests, the root cause had been building up for a while. Despite the fact that Kazakhstan is one of the largest and wealthiest of the former Soviet Union republics, there has been some discontent within citizens.

Owing to the massive reserves of oil, natural gas, precious metals, uranium, etc, the country was able to grow and bolster a middle class. This, however, also led to an unequal increase in the wealth for the elite. Corruption, like other Central Asian Republics, also remains a concern. The resentment over the unequal spread of wealth also stems from the fact that Zhanaozen and its neighboring areas are where most of the nation’s resources are. The region’s energy riches, however, as per citizens, hasn’t been fairly spread among the local population.

Moreover, to add to all this, the same party has been in power since the country’s independence making citizens feel they are living in an authoritarian regime. Press controls and social media shutdowns have been used in the past to silence dissenting voices and criticism.

Amnesty International called the protests “a direct consequence of the authorities’ widespread repression of basic human rights.” Marie Struthers, Amnesty’s director for Eastern Europe and Central Asia in a statement said, “For years, the government has relentlessly persecuted peaceful dissent, leaving the Kazakhstani people in a state of agitation and despair.”

What is the government doing?

President Tokayev has declared an emergency, and also removed Nazarbayev and his family members from several government positions. Nazarbayev, was the country’s head of security council and has been relevant in the country’s political scene even before the country gained independence.

In addition, Tokayev has instructed the government to reinstate the price caps on LPG, Gasoline, diesel and other “socially important” consumer goods. Tokayev ordered the government to reduce the price of LPG to 50 tenge ($0.11) per liter “to ensure stability in the country.” For the next 6 months, the government would continue to regulate fuel prices and there would be a pause on increasing utility tariffs. The President also said that they would consider rent subsidies.

He also declared a state of emergency in several areas such as Almaty, the capital which has a night time curfew to limit movement and mass gatherings. There is also a government imposed nationwide internet blackout. He also called the protestors “terrorist gangs” under “foreign” influence and called the protests and demonstrations a terrorist threat.

“Terrorist gangs are international, they have underwent (sic) extensive training abroad and their attack on Kazakhstan can and should be viewed as an act of aggression. … In this regard and relying on the Collective Security Treaty, today I reached out to the heads of the CSTO member-states to assist Kazakhstan in overcoming this terrorist threat,” said Tokayev on television.

What about the Russians?

Remember when we said Kazakhstan is a relatively young country? Well, it’s a former Soviet state gaining independence on 16 December 1991 when it declared its sovereignty on its territory as a republic within the Soviet Union. It was the last of the Soviet republics to declare independence. It is also a member of the Collective Security Treaty Organization (CSTO), which is a Moscow led intergovernmental military alliance in Eurasia that consists of select post-Soviet states.

In his speech on television, Tokayev talked about how he has reached out to the CSTO. Tokayev has asked CSTO states to help restore order in the country. The CSTO sent in Russian paratroopers. The Russian led forces have arrived in Kazakhstan as per the president’s request. 25,000 soldiers were sent into Kazakhstan and will stay in the country until stability ensues, with no clear end date announced.

In a statement on Friday, Tokayev said “constitutional order [had] largely been restored in all regions of the country” and that “local authorities [were] in control of the situation”. The US state department said it was closely monitoring the deployment of Russian troops. “The United States and, frankly, the world will be watching for any violation of human rights,” a spokesman said. “We will also be watching for any actions that may lay the predicate for the seizure of Kazakh institutions.”

It is important to note in 2020, Russia sent help to Belarus during protests and threats of toppling the country’s president, Alexander Lukashenko. Lukashenko is the first and only president for Belarus since independence. Russia is known to keep a close eye on political unrest in former USSR nations. However, while all this happens, Russian presence at its borders with Ukraine have resulted in greater eyes on the issue considering plans to add Ukraine in the NATO military alliance.

In November, 2021 demonstrators in Lebanon took over the streets to protest economic meltdown owing to the weakening currency. The economic crisis began in 2019 and led to more than three quarters of the population being pushed into poverty as the currency plummeted by over 90%. The Lebanese pound sank to more than 25,000 against the dollar in November from a peg of 1,500 in 2019.

In Turkey, the fate of the Lira is a major cause of their concerns along with skyrocketing inflation that has crossed 30 percent. Street protests have taken place after trade unions denounced the rise of poverty in the country and asked for an increase in minimum wages amidst rising economic concerns.

The Lira lost 30% in December 2021 and more than 43% in 2021. Inflation shot up over 20% wiping out the country’s purchasing power. The reason for the currency free fall is primarily the country sporting negative real interest rates despite strong inflation. President Erdogan views high interest rates as a cause of high inflation and therefore the Central Bank has been easing. This also puts the Central bank’s autonomy and independence into question.

The very fact that three central bank governors have been sacked by Erdogan since July 2019. The country’s inflation target is 5%, however it has remained in double digits in the past two years. Residents and members of the opposition party say the inflation numbers are understated and the reality is worse.

During another currency crisis in 2018, the central bank aggressively hiked the main interest rate but the likelihood of a repeat under Erdogan is low. It is said that Erdogan is prioritizing growth with the economy expected to expand by 9% in 2021 and 3.5% in 2022.

What does all this mean for Pakistan?

We are not being alarmist and saying things in Pakistan are as bad as they are in Kazakhstan, Lebanon, or Turkey despite the current Finance Minister, Shaukat Tarin referring to the Erdogan model and considering implementing it in Pakistan. Just to make it clear, there are no signs of unrest of similar magnitude in Pakistan.

However, it is important to think about the fact that the problems in these countries had been stemming for a while. All it took for things to get worse was a trigger. In Kazakhstan, that trigger was fuel prices.

While inflation in Pakistan has not entered hyperinflation territory and the rupee weakening has been gradual and not rapid, the income inequality that the country faces has been in existence for decades.

The words “financial crisis” get thrown around very casually in Pakistan. But few people realize what they actually mean. One look at the three countries discussed above shows that the words describe a situation of intense seriousness. Various kinds of follies can get a country into this kind of a situation. Extreme indifference to the impact that its policies are having on the people as in Kazakhstan, or a delusional leadership too self assured of its own popularity to realize that it is embarked on a dangerous course of action as in Turkey, or a government consumed by its internal political schisms and factionalism to the point where it is paralyzed to take action to stave off disaster in time as in Lebanon, all pave the road towards financial crisis.