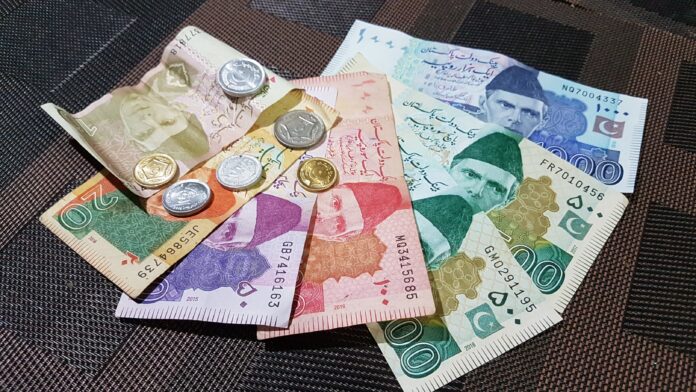 The banks do not believe that the SBP will pull back the rising interest rates anytime soon. That much has become apparent since the TBill auction on the 15th of December 2021, which happened after the monetary policy statement of December 14, 2021. In the auction, the cut-off yields of 3 month and 6 month T-bills have barely budged. Meanwhile, the SBP is clearly on a mission to inject liquidity through reverse repo transactions.

What has been even more interesting is that the government has recently conducted three 63 day reverse repo OMOs (open market operations) in a row. Normally, the SBP conducts OMOs up to 11 days and the longest tenured OMO before this was 17 days back in August 2011. For an OMO to go over two months is unprecedented by a mile – and for there to be three such OMOs in a row says even more. 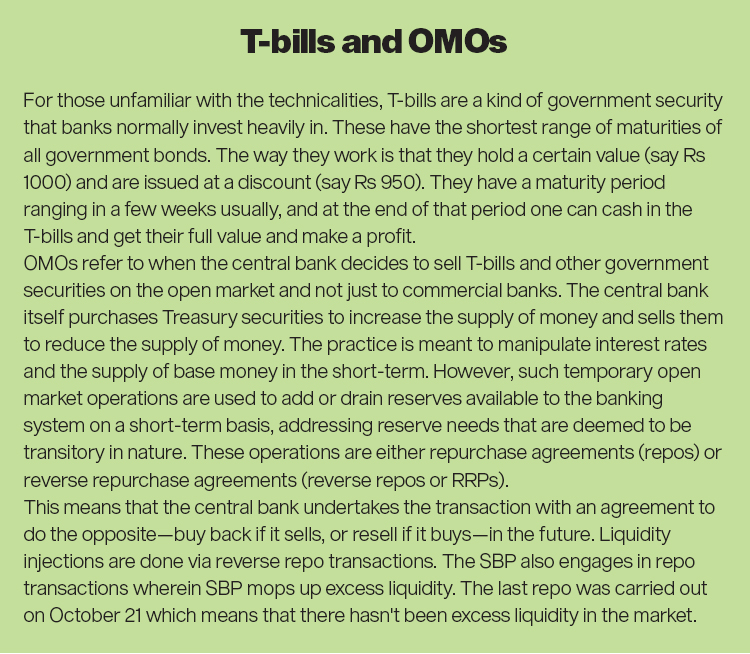 Subsequently, the SBP governor went on Bloomberg to state that there will be a “pause” in rate rises. As per the market participants quoted in the newspapers, the SBP putting its money where its mouth is by providing cheaper money to commercial banks by engaging in longer tenor OMOs, which essentially means they are lending money to commercial banks at fixed rates for a period to nudge them to bid at a lower rate in the upcoming T-bill auction of Jan 12, 2022.

All of this would indicate that the recent reverse OMOs is a liquidity injection. Normally in a reverse repo, the central bank creates reserves out of thin air and uses them to purchase eligible collateral from commercial banks. The central bank’s balance sheet expands to include eligible securities (referred to as monetary policy assets) on the asset side and there is a corresponding increase in the reserve balances of commercial banks on the liability size. The size of the commercial bank’s balance sheet, however, remains the same. The only change is that a liquid asset (treasury securities) gets replaced by the most liquid asset of the banking system (central bank reserves). The central bank injects liquidity into the system by expanding its balance sheet. 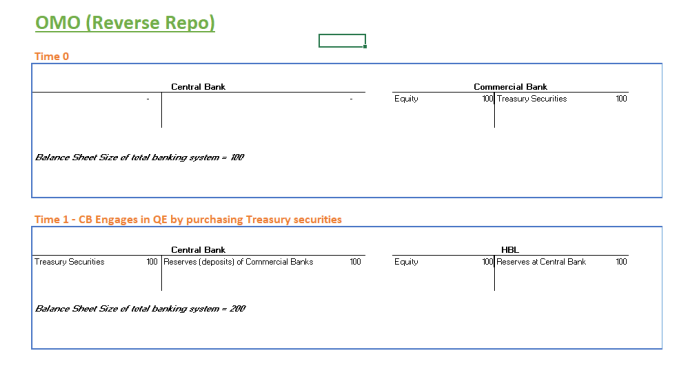 This raises two questions. The first is, how does one reconcile the fact that the SBP injected liquidity of Rs.1.775 trillion on Dec 17 and yet the monetary policy assets decreased by Rs.56 billion on Dec 24? Not only this but the SBP injected another Rs.1.082 trillion yet the monetary policy assets only increased by Rs.60 billion? The second question is whether or not the SBP is tapering off shorter OMOs? On the SBP website, putting aside the shorter tenor OMOs, 7 day OMOs are usually for Rs.1.7 trillion and above. The recent OMOs are declining i.e. Dec 17 was for Rs.1 trillion, Dec 24 was for Rs.700 billion and Dec 31 was for Rs.330 billion.

What does any of this mean? Essentially that the SBP is tapering off the week long OMOs, and the introduction of longer OMOs means that in reality fewer and fewer OMOs are maturing. The difference between the maturing amount and the new rollover is a function of the cut off rate chosen by SBP – and thus controlled by the state bank.

Thus, due to maturity transformation, it appears that 7 days OMOs are being tapered off while in reality, there are less and less OMOs that are maturing. On Dec 10, 100% of OMOs were 7 day OMOs. As of Dec 31, only 20% of total OMOs are 7 day OMOs.

The next rollover will be January 7. It will be interesting to see if the SBP rolls over the 7 days OMOs or engages in further maturity transformation. The 13 January auction target is Rs.250 billion for 3 months, Rs.250 billion for 6 months and Rs.100 billion for 12 months for a total target of Rs.600 billion. In the last three OMOs, SBP has provided Rs.1.34 billion to commercial banks at around 9.9% for two months (63 days). SBP and the Ministry of Finance will be expecting banks to participate at a lower rate in the January 13 auction.